The funkiest outfit on the block, Lettuce, brought their closest friends and family together for what will go down in history as a legendary funky stew of epic collaborations for the band’s second annual Rage Rocks this past Saturday, May 13, 2017.

The iconic Red Rocks Amphitheatre was transformed into a kaleidoscopic canvas of funk for the perfect brim-o-Summer evening, airbrushed with multi-genre and generational talent and support from some of most legendary and bound breaking artists in the business of music makin’. Since the bill was first announced, Rage Rocks was set in stone to be a force of funkin’ Killah proportions. The hard knock bill repped hip-hop icon and Wu-Tang member Ghostface Killah, O.G. Meters master George Porter Jr., jazz guitar guru John ‘Sco’ Scofield, the twenty year old Southern Psych Rock up and comer Marcus King, and a New Orleans cat who needs no introduction, Cyril Neville, to partake in ragin’ the red rocks to their fullest potential. With even more love and support from the outstanding Turkuaz, the always enjoyable Russ Liquid Test and founder of the World Famous Beat Junkies, J Rocc, to jumpstart the mood proper, last Saturday’s extravaganza was a holy testament to Lettuce’s solid Funk roots and innovative growth in the industry of breaking boundaries and bringing the funk full circle. 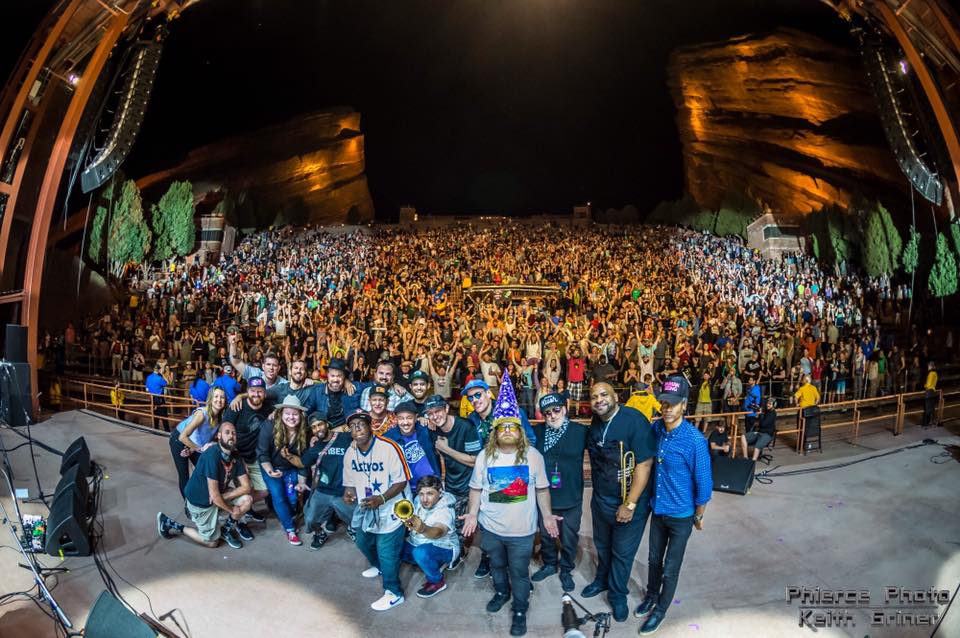 J Rocc started the night off proper, laying down fresh and funky beats of nostalgic notes encapsulated through time. Grounding the funky dance floor for future hours of magic we will not soon forget, the well-versed mixer was an ideal start to set the tone for the night.

Next up was New Orleans Funk Electro fusion, The Russ Liquid Test. No stranger to Colorado and Red Rocks, the trio delivered a colorful set, filled mostly songs off their latest E.P., 1984 and a pop in appearance by the energetic presence and vocal treasure box that is JuBee. The eccentric trio, comprised of Russell Scott, Andrew Block, and Deven Trusclair, has been on an endless creative streak of touring madness and it is always a pleasure catching The Test live in action, especially on the mighty Red Rocks.

Up next was satisfaction sealed and guaranteed Turkuaz, a nine-piece funk band from Brooklyn that in my opinion, does not receive enough attention for the power they provide. The group, who added Grammy Award Winning Percussionist Nate Werth of Snarky Puppy along for the ragin’ ride, is reviving the spunkiest of funk with their robust spectrum of inviting talent, undeniably prismatic showmanship and their ceaseless determination to set new heights for serving up stellar live performance. This was my third time seeing the band this year and I highly recommended investing some energy into seeing and acquainting yourself with this unparalleled rainbow gang of players sometime in the near future, because they are on the pathway to passionately patrolling the streets of Funk. 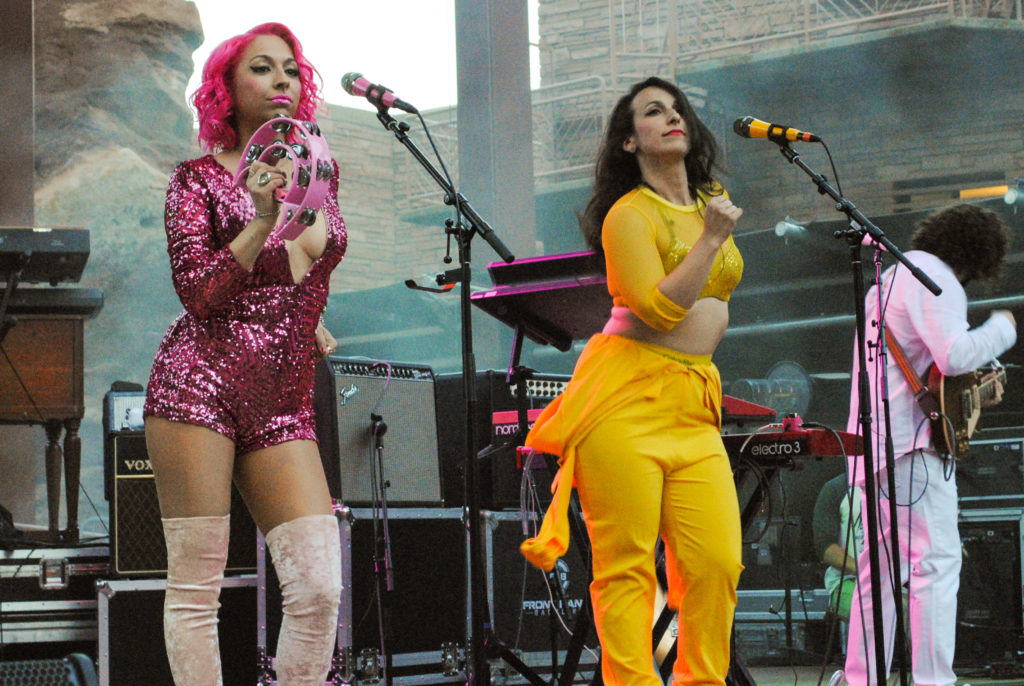 Next up was two freshly delivered sets of our favorite shade of green, Lettuce. The boys brought along former Lettuce member and brass bud, Rashawn Ross of the Dave Matthews Band to join in percussion for most of the night. They also brought along Tycoon Coomes (Brother of bass badass Jesus Coomes) and Bobby Deitch (father of drum wizard Adam Deitch) to add extra family flavor to the percussion squad for the night!

The exhilarating Live in Tokyo ‘Intro’ set the sails of  the night into the funky unknown psychedelic space realms Lettuce is capable of bringing us to every show. Their ability to adapt, expand and have a multitude of different players join the stage throughout performing was as apparent as their influences in music over many decades came into full fruition on the the massive Red Rocks. ‘Blast Off’ was served next, catapulting the crowd into full funk force as the completely stacked crowd grooved and woo’d in awe during Rage’s ‘Last Suppit’ and Mt. Crushmore’s ‘116th Street.‘ Neal Evans sweet love making with the keys alongside Nigel Hall’s finger pushing skills for the night lace hand in hand with the brilliant brass playing The Shady Horns + Rashawn deliver every single time making for an impressive ‘Bowler,’ as Zoidis lifted us up, up and away into a saxxy psychedlic demension that sets Lettuce apart from any other touring funk outfit. 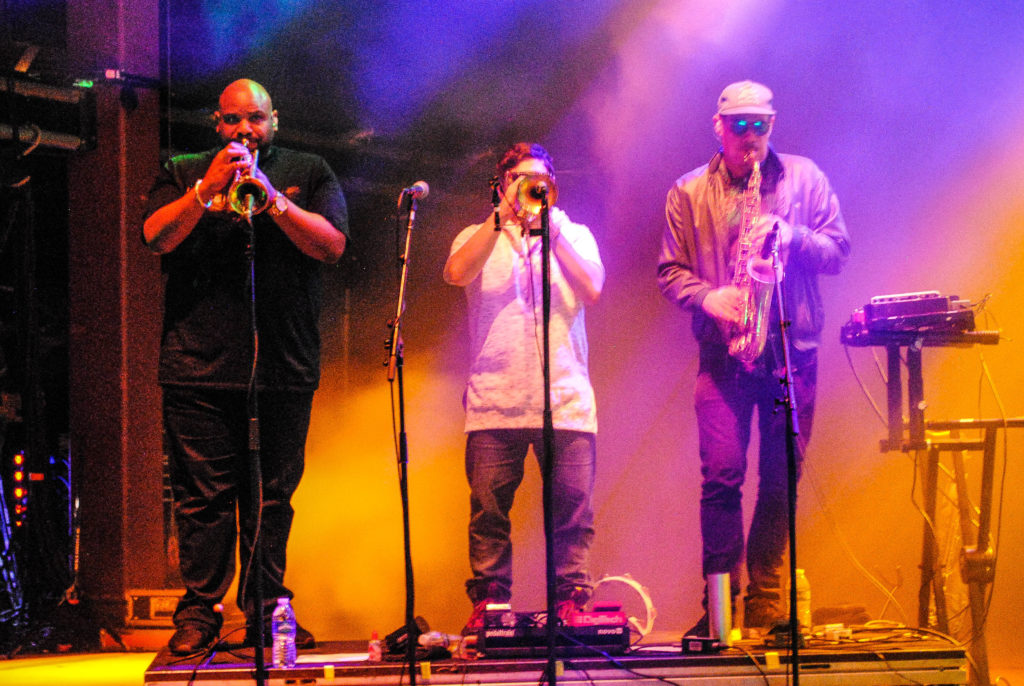 Marcus King shone his light as the first guest appearance of the night, shedding his bluesy voice and gnarly guitar rippage with the classic ‘Love is Too Strong,’ causing everyone in the crowd to ask themselves who t.f. Marcus King was and how can they have more of his music in their lives (check out The Marcus King Band!). Adam “Shmeeans” Smirnoff, Eric Krasno (who thank the Funk Gods played the entirety of Rage Rocks) and King sent new powerful patterns of playing into the universe that night, as King and Nate Werth, Snarky Puppy percussionist who sat in with Turkuaz, traded places for a Djembe style drum heavy ‘Lettsanity,’ ending with Werth and Deitch synchronistically landing together in beat harmony. 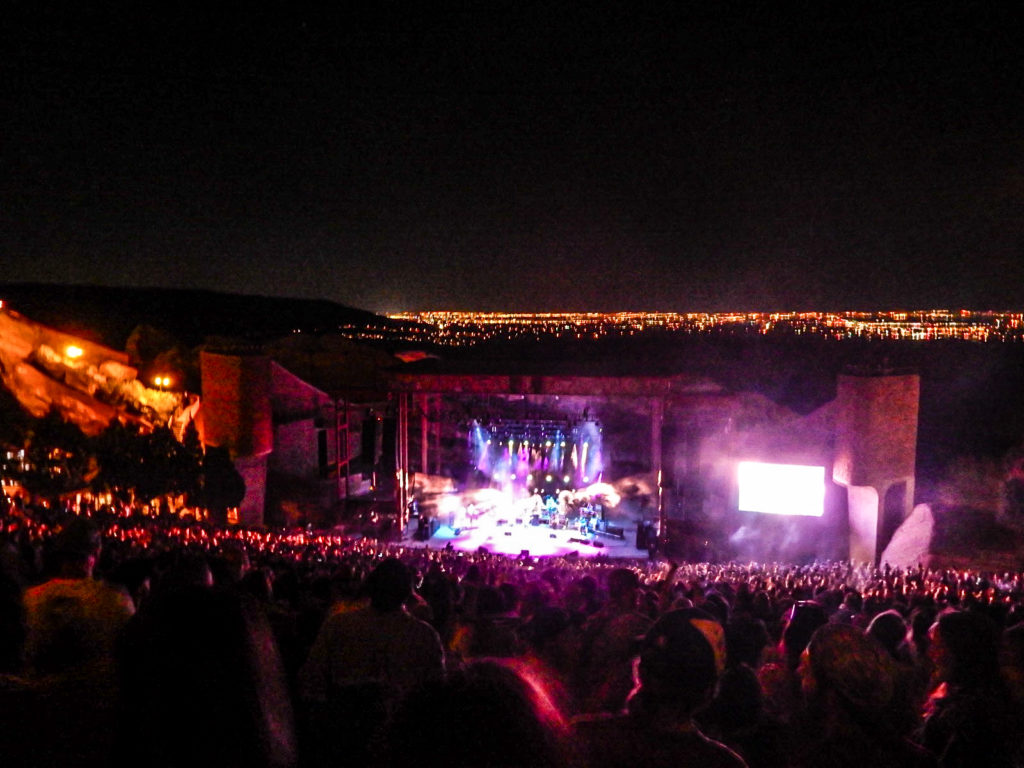 Soulful Jazz-Rock guitar stylist John Scofield joined the action next, adding his classic sounds to Outta Here’s ‘The Flu’ and ‘Back in Effect.’ Hall outro’d Scofield and joined in a crowd pleaser and always fresh ‘Do It Like You Do’ to end an epic Rage Rocks set one.

The beginning of set two is when the legendary of the legendary happened, things Funk and Hip Hop wet dreams are conceived of. Ghostface Killah of Wu-Tang Clan joined the now cloak-clad members of Lettuce for what will go down in history (in my opinion) as one of the dopest occurrences to ever happen on the mighty Rocks: ‘Requiem‘ on the Rocks featuring a live funk band. Spitting the baddest verses from the nineties, Ghostface laid it all down on the Rocks with “Mighty Healthy,” “C.R.E.A.M.,” and Ol’ Dirty Bastard’s “Shimmy Shimmy Ya.” With W’s in the sky, the audience applauded, yelled and danced in awe of the live Ghostface Lettuce we were just cold-stoned served. 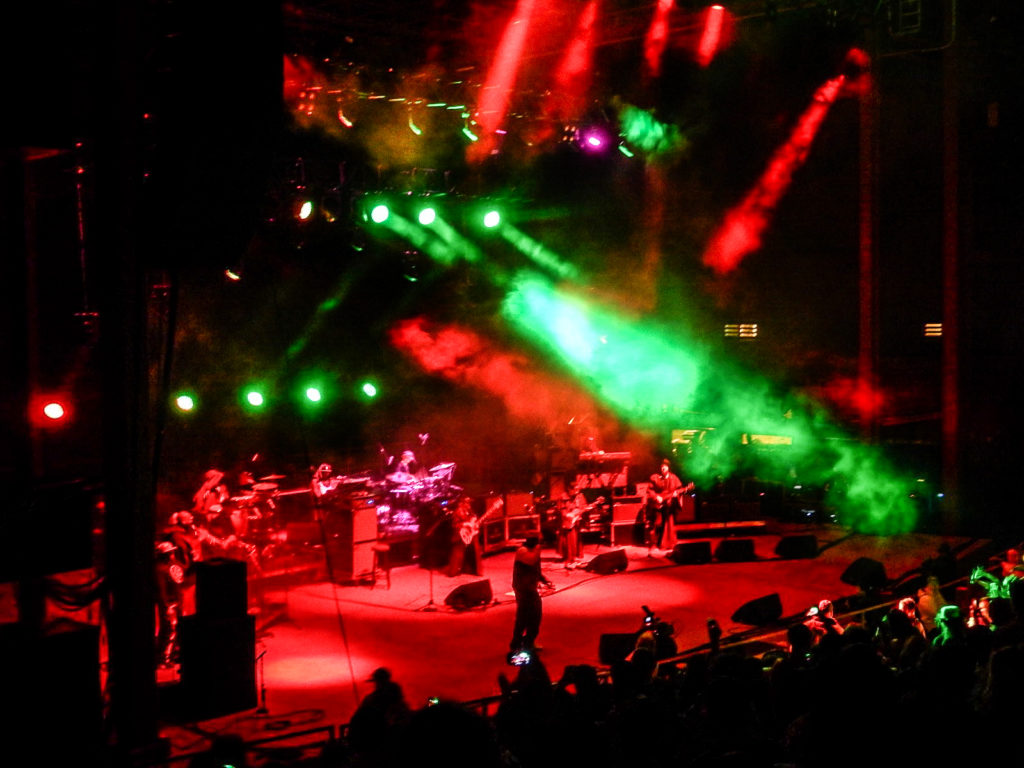 Next up, came New Orleans old school essential Cyril Neville, who collabed with the band on a funky rendition of Neville’s ‘Gossip,’ as Hall and Neville took turns serenading the crowd as Krasno’s guitar led the way through the entire song. Shortly following, George Porter Jr. joined the stage, creating another of the night as he led vocals on ‘I Need More Time’ into The Meters’ ‘Africa,’ which had the crowd in a complete funk fit. It was truly a sight witnessing such powerful, key players in Funk, Jazz and Soul create a jambalaya melting pot of sounds spanning decades and states. 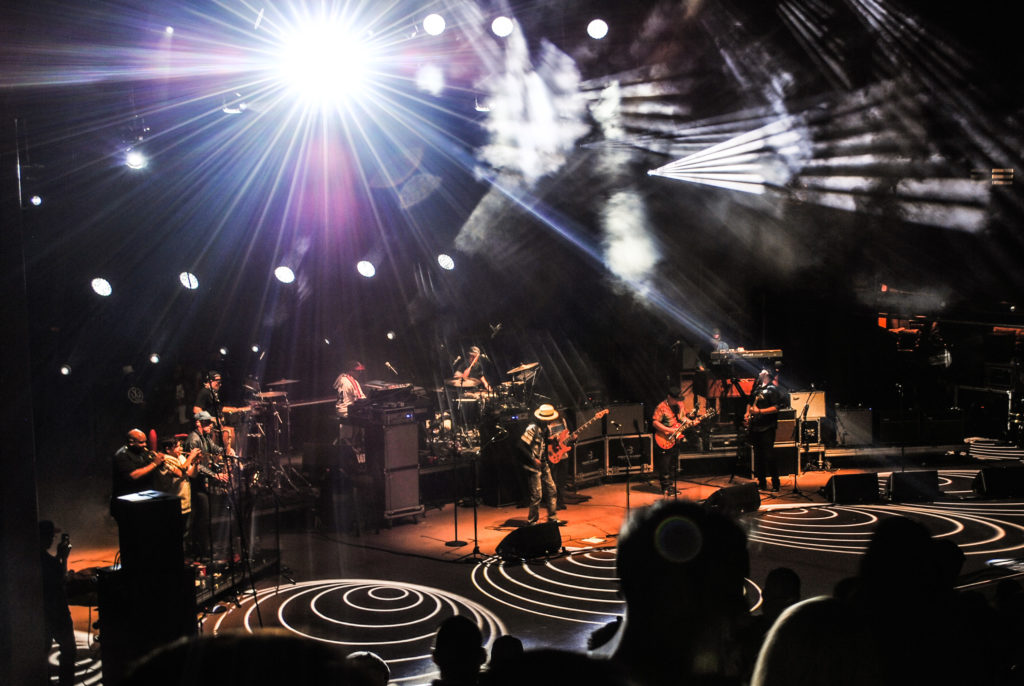 The last Rage of the Rocks consisted of a wizard hat clad Jesus and clan soaring the crowd into new heights with a drawn out and even more psychedelic ‘Phyllis‘ leading into night closer ‘Sounds Like A Party,’ as Nigel took his presumed spot front and center, blasting the crowd into a magical take on one of the band’s most cherished tunes.

To say Rage Rocks 2017 was a success would be a downplay. It is extremely rare to find a funk band who can bring together Wu-Tang, New Orleans Jazz roots, legendary guitar players, up and coming electronic funk fusion and their own family members all on stage within two sets and look good doing it. If Lettuce was not already in a class of their own, this show solidifies their twenty-five years of unified showmanship, their diversity of influences and their power to unify solid musicians throughout history to break the rules and bring a fresh spin on Funk to the world today.

Set One: Tokyo Intro, Blast Off, The Last Suppit, 116th Street, Bowler, Love Is Too Strong*, Lettsanity^, Back In Effect#, The Flu#, Do It Like You Do

Notes: * with Marcus King, ^ with Nate Werth, # with John Scofield, $ with Ghostface Killah, % with Cyril Neville, + with George Porter Jr. 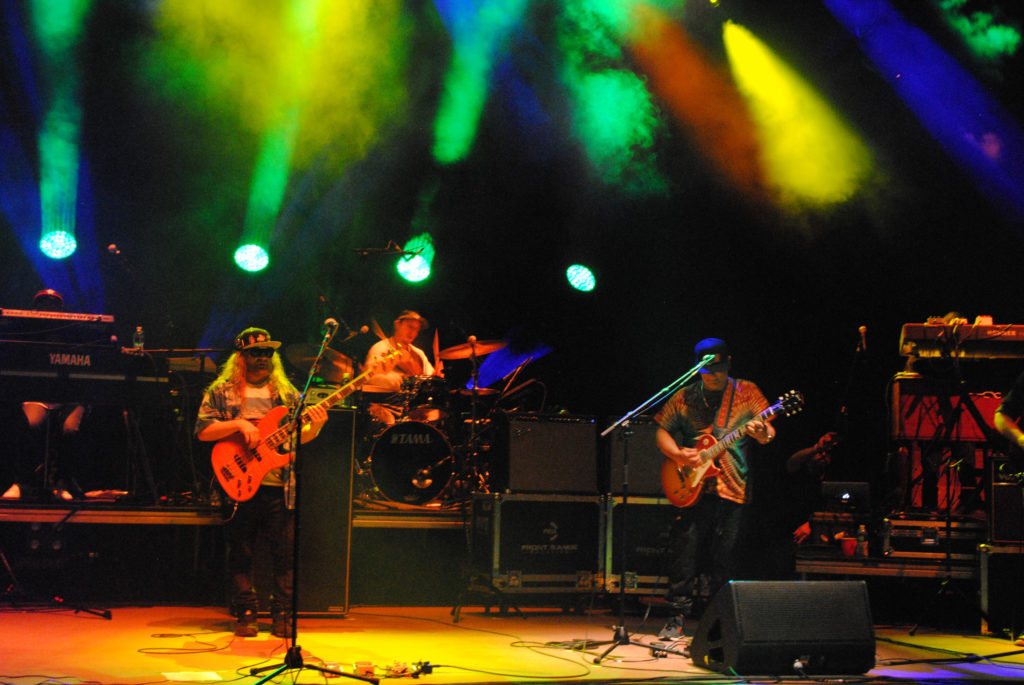 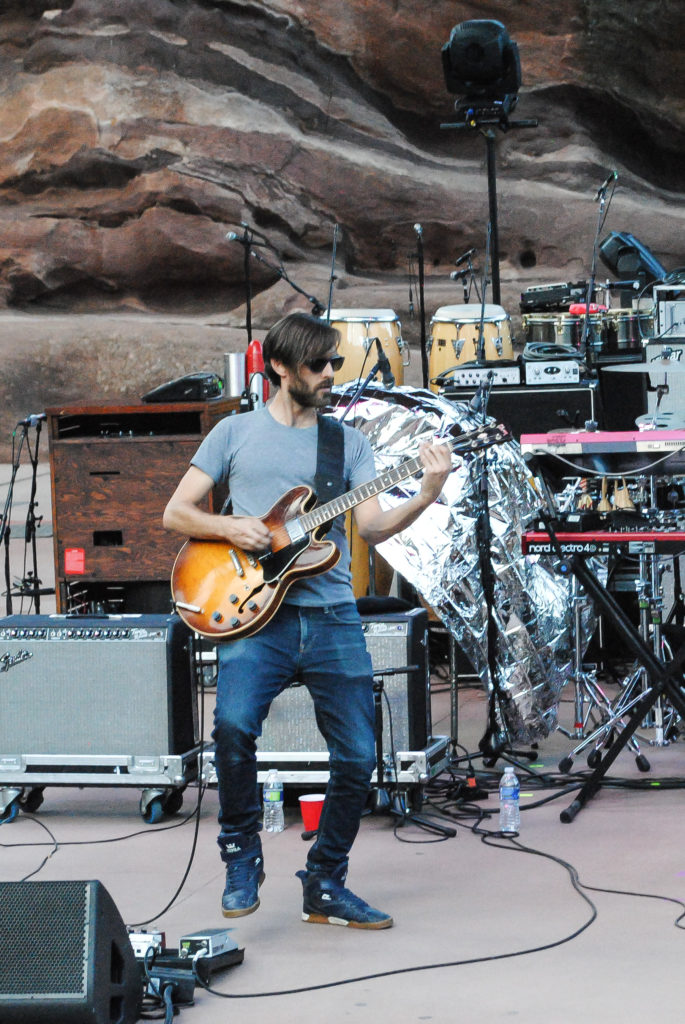 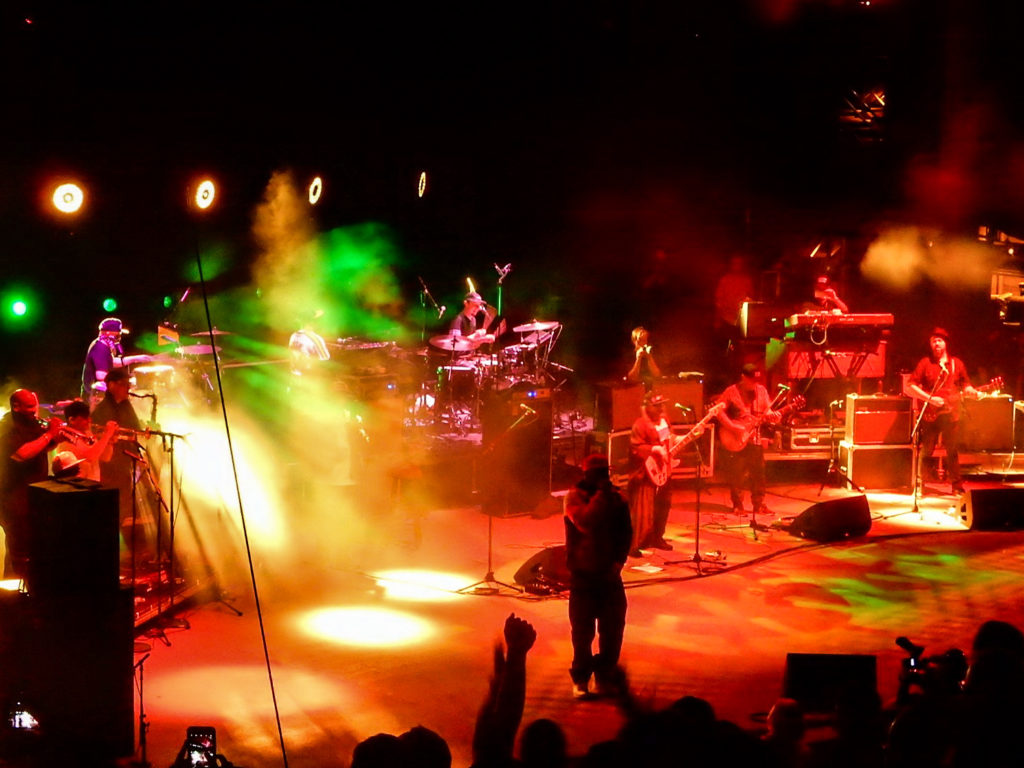 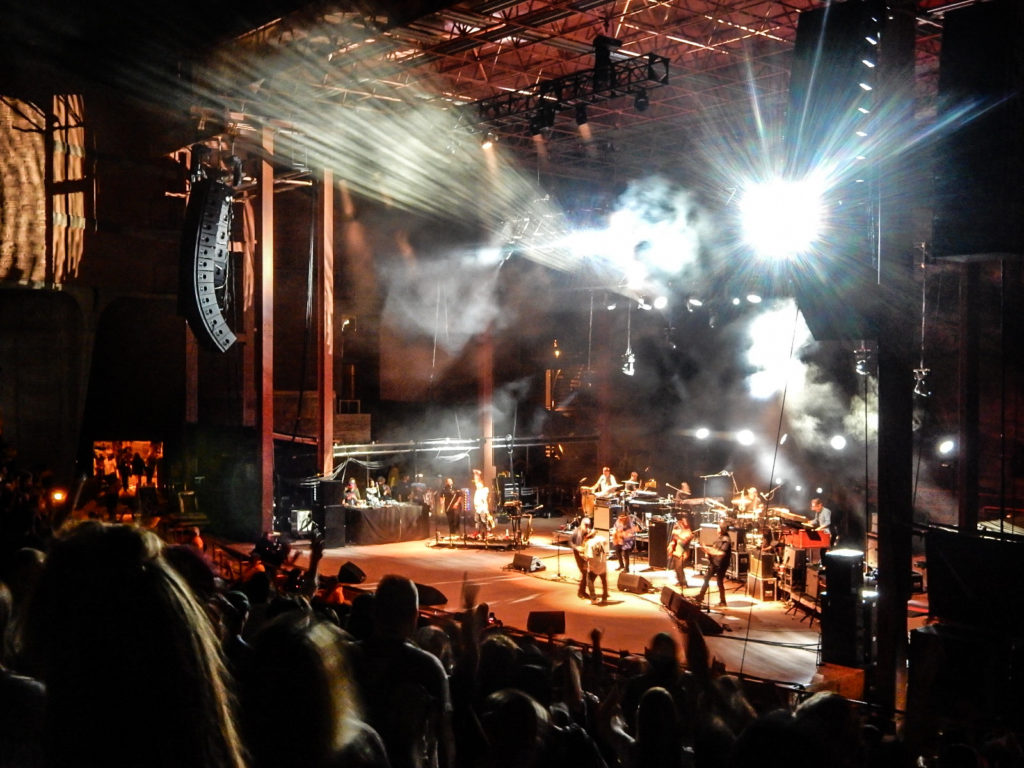 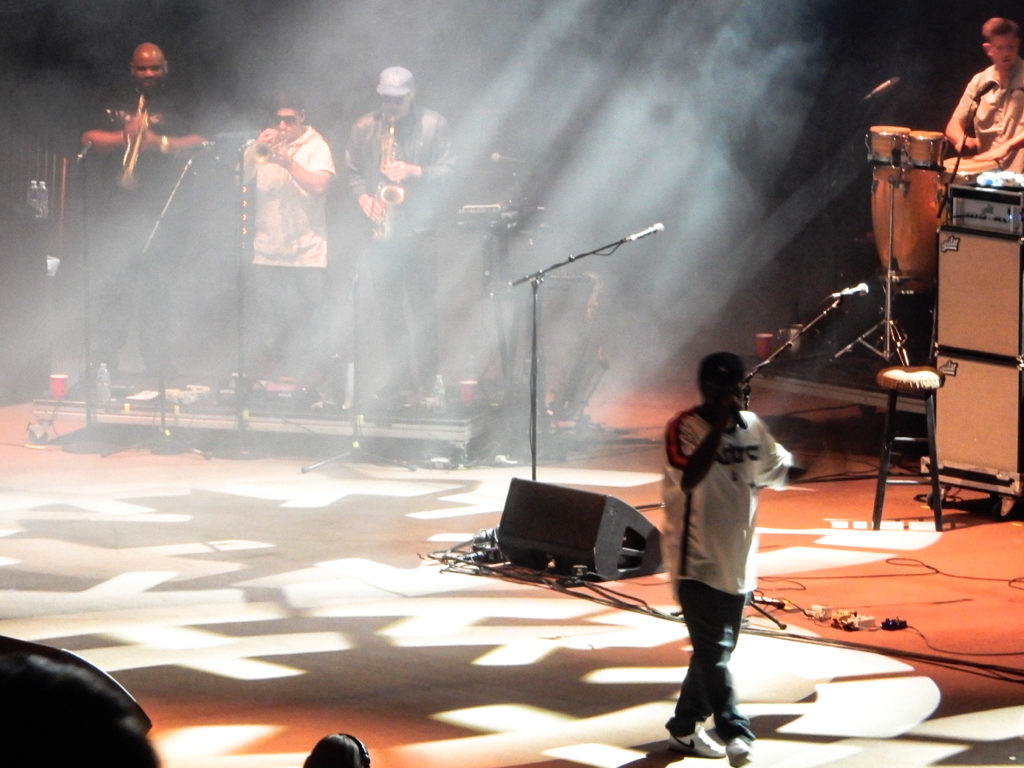 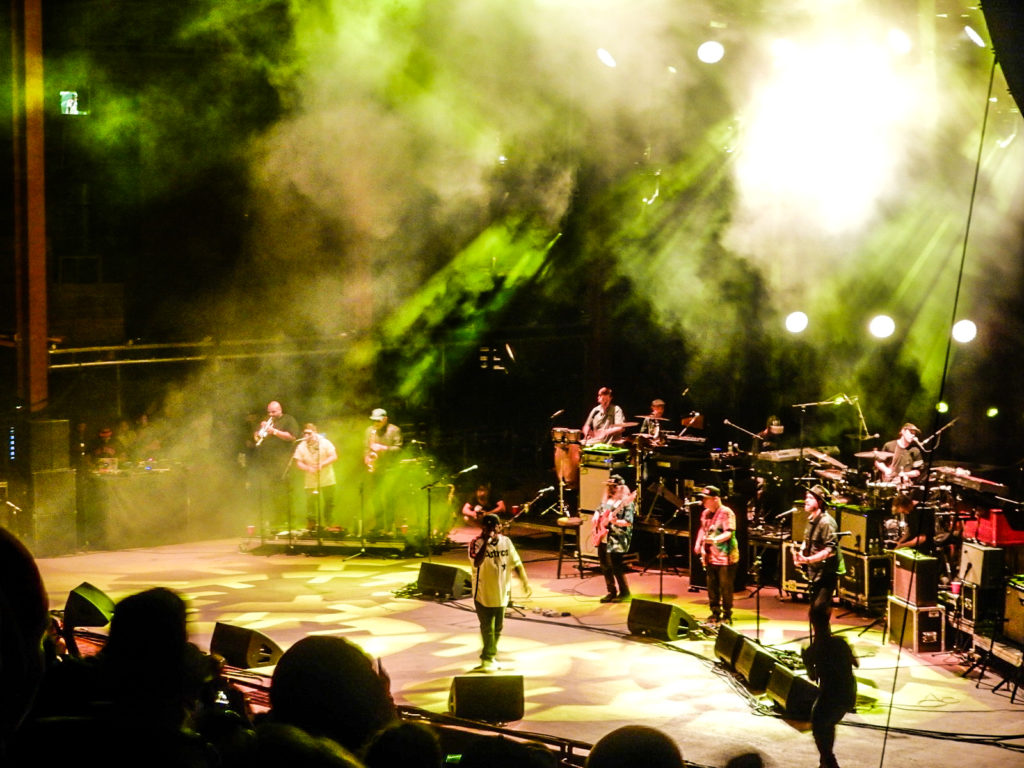 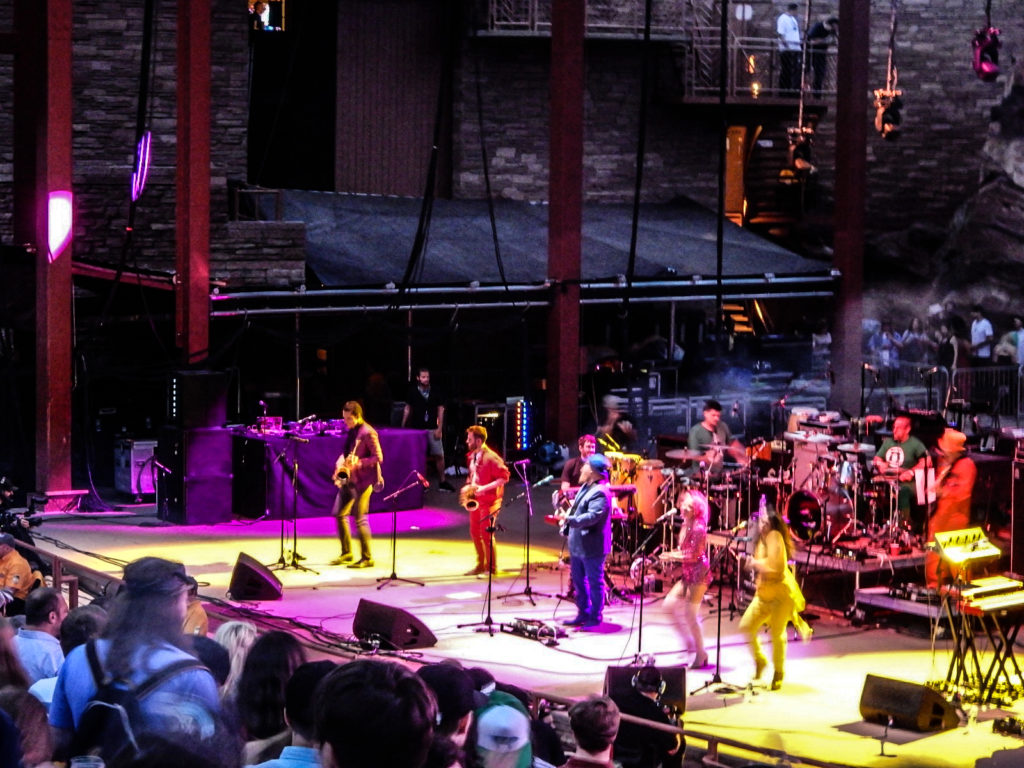 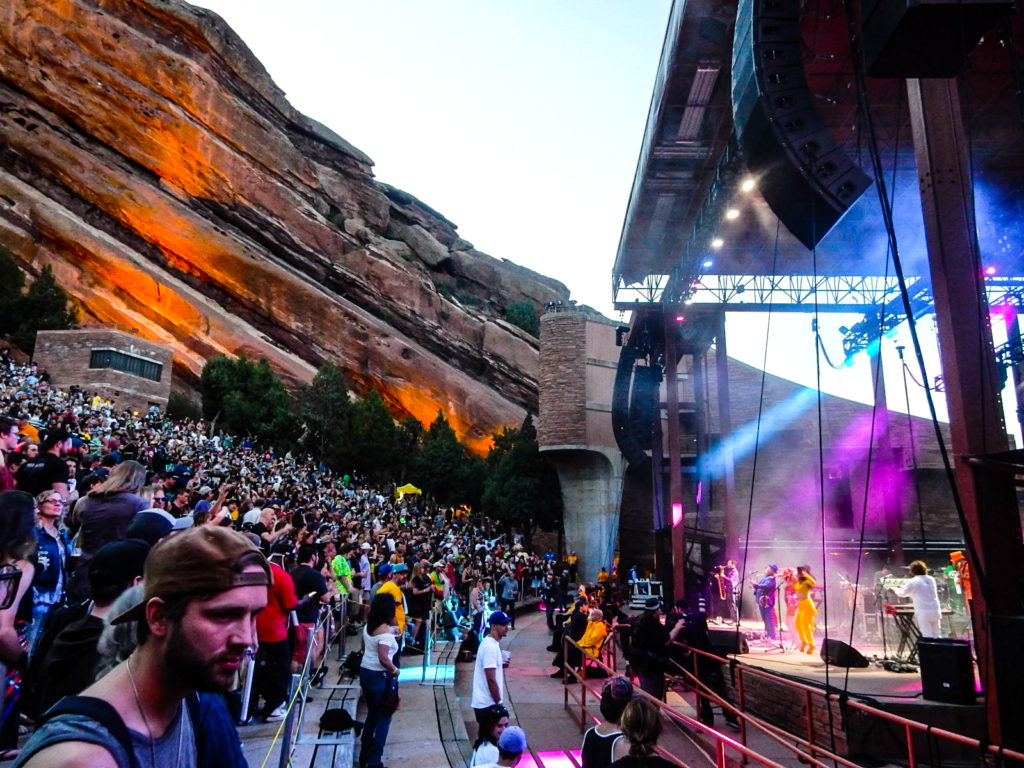 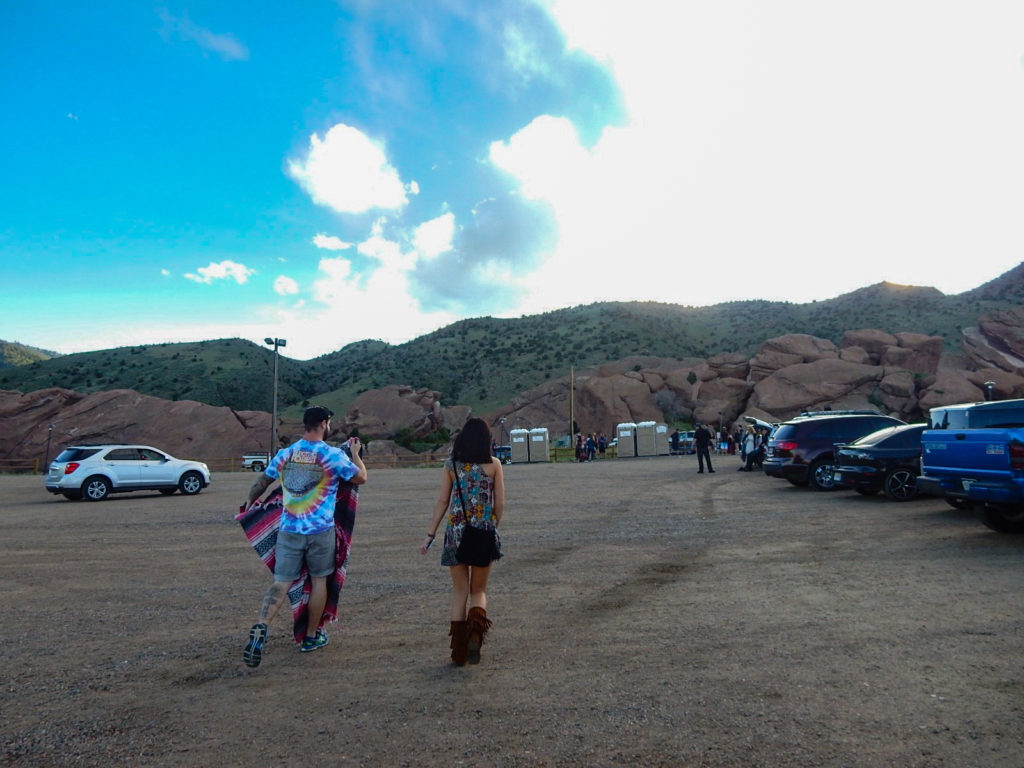 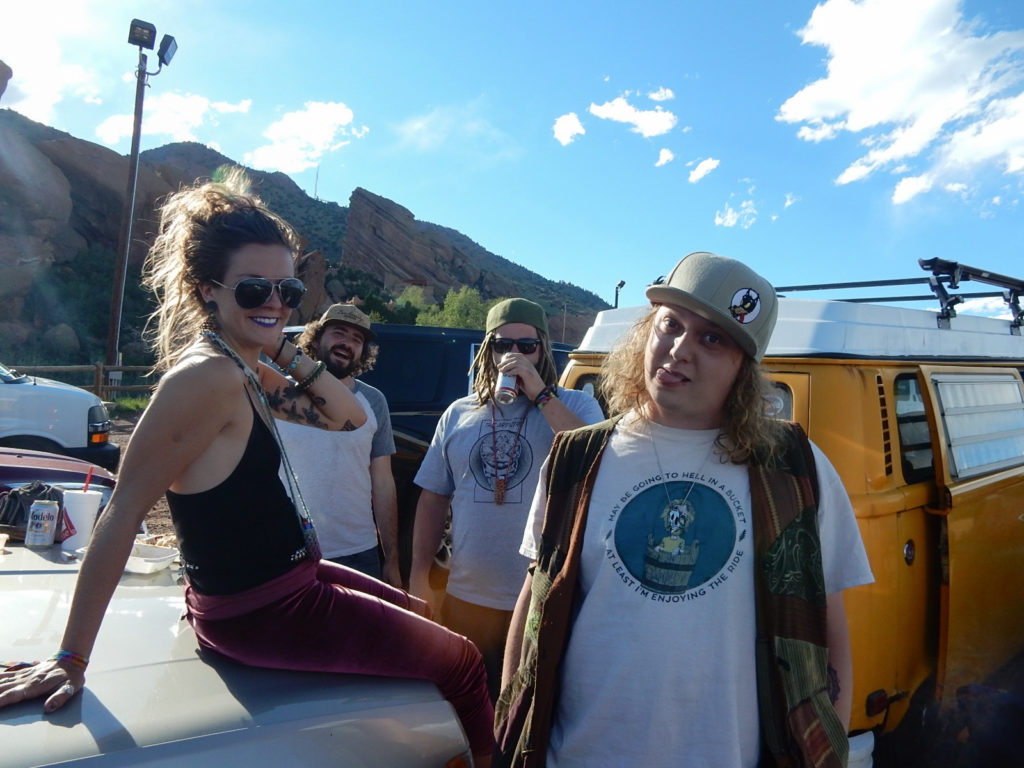 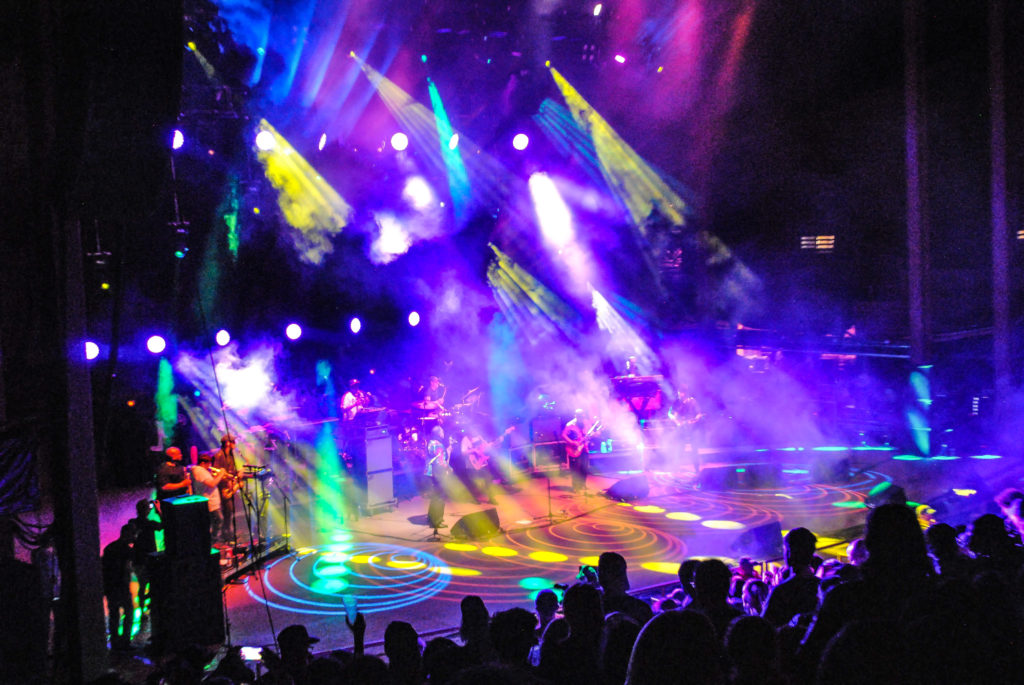 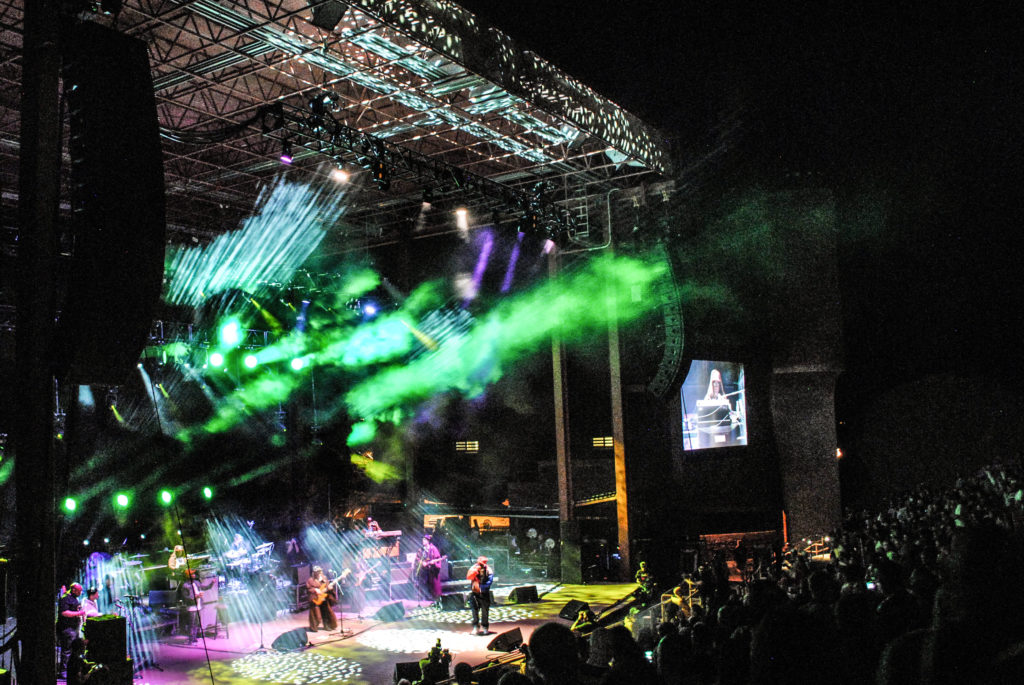 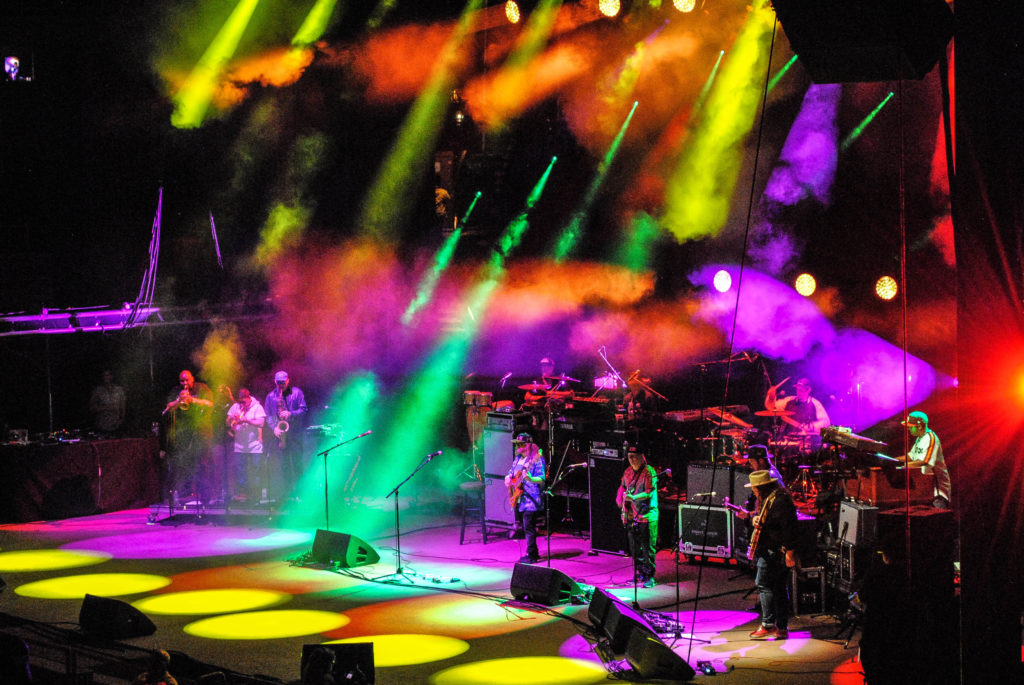 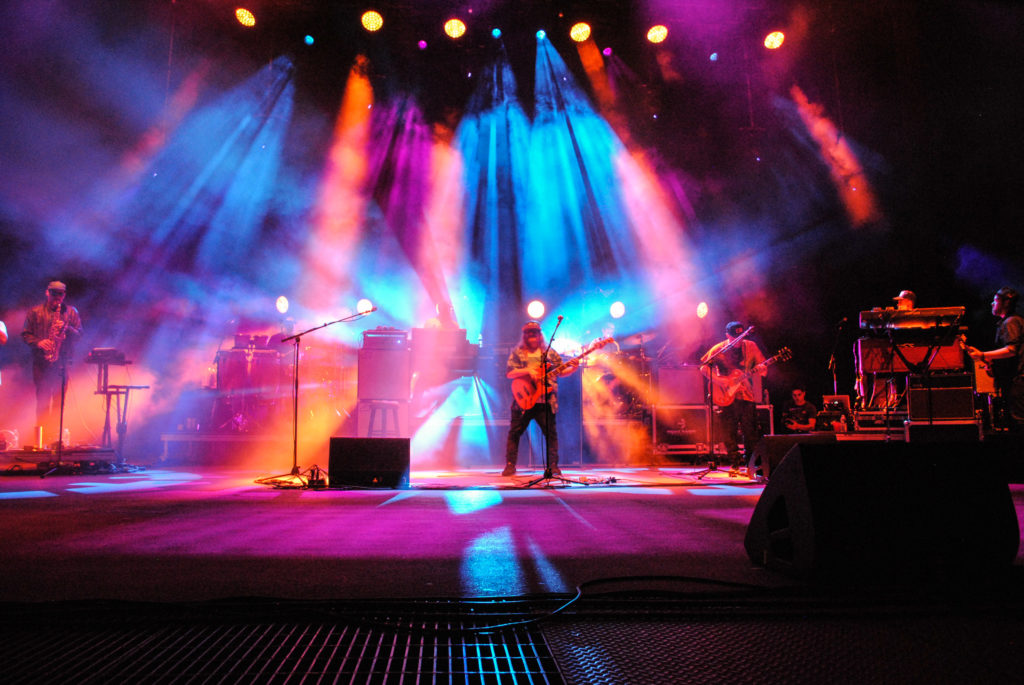 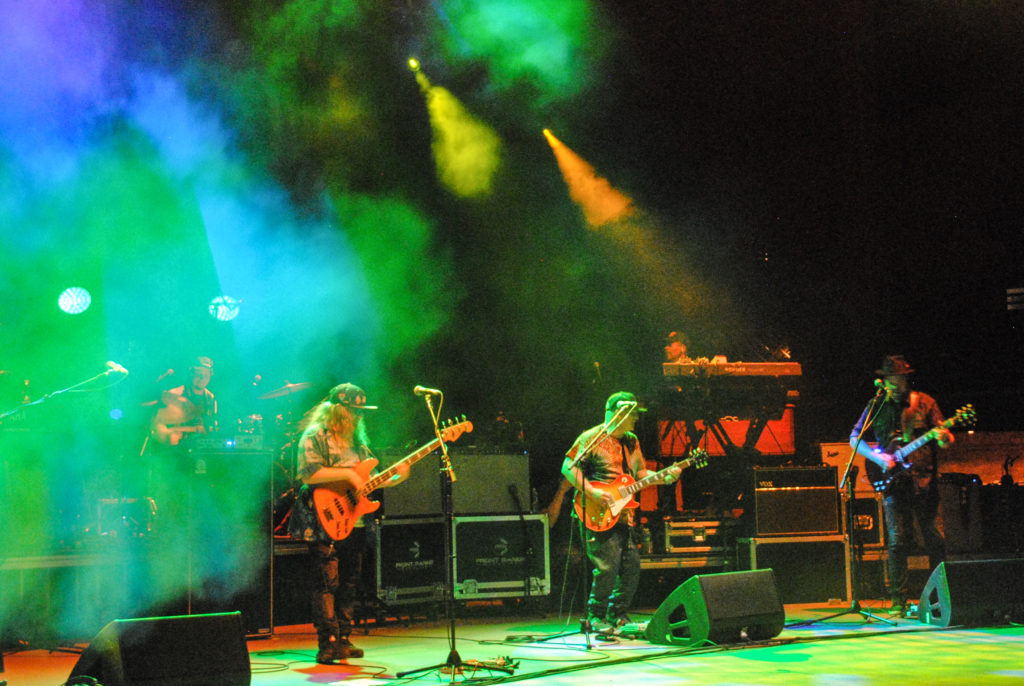 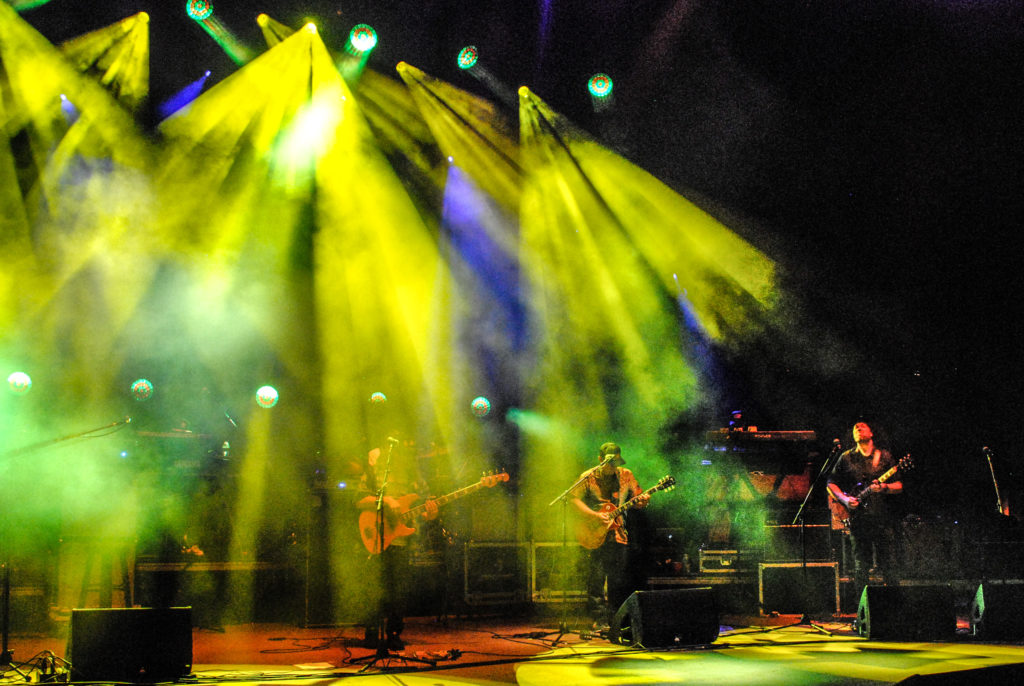 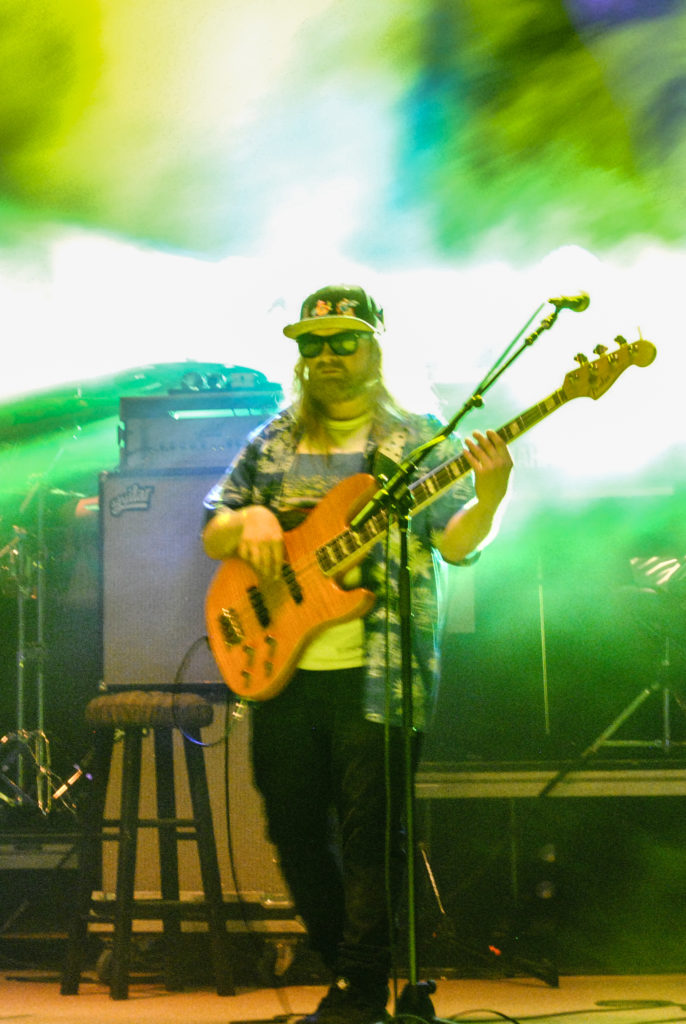 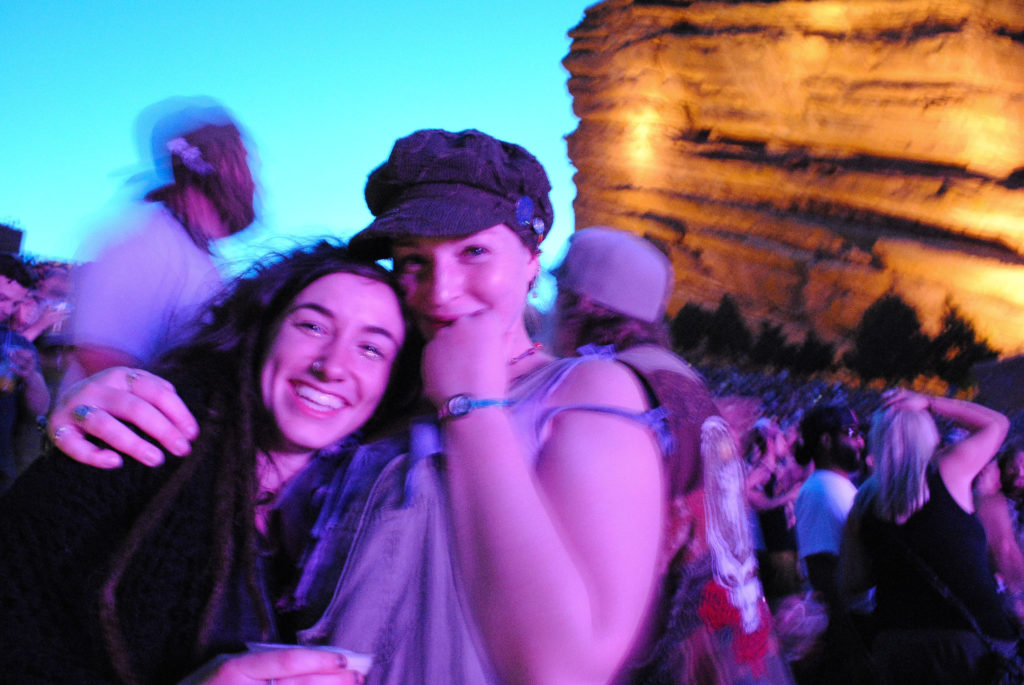 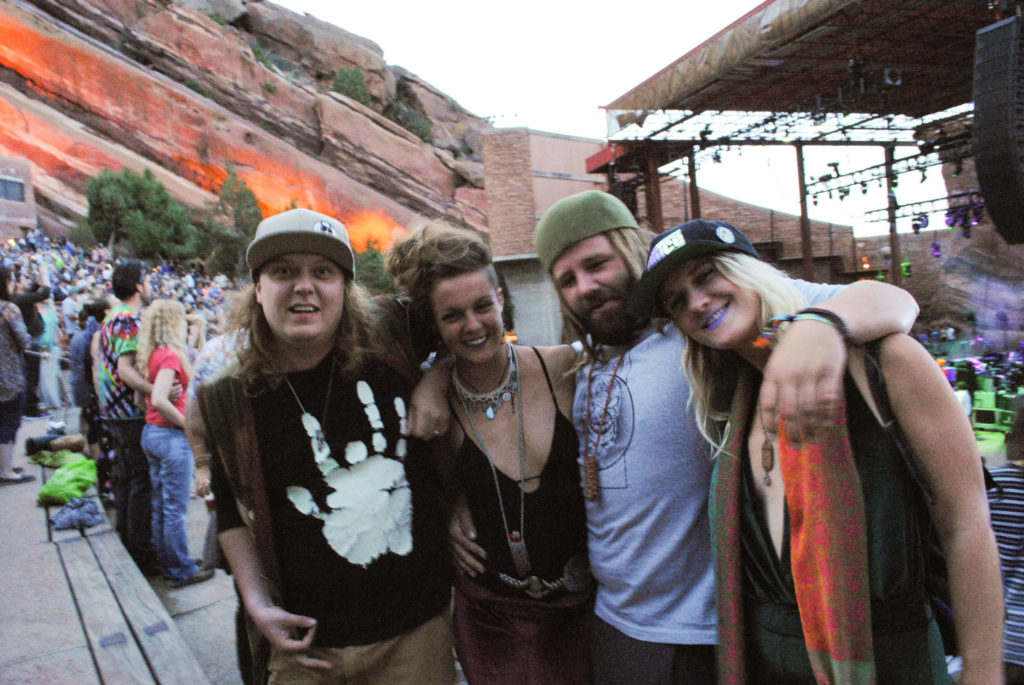 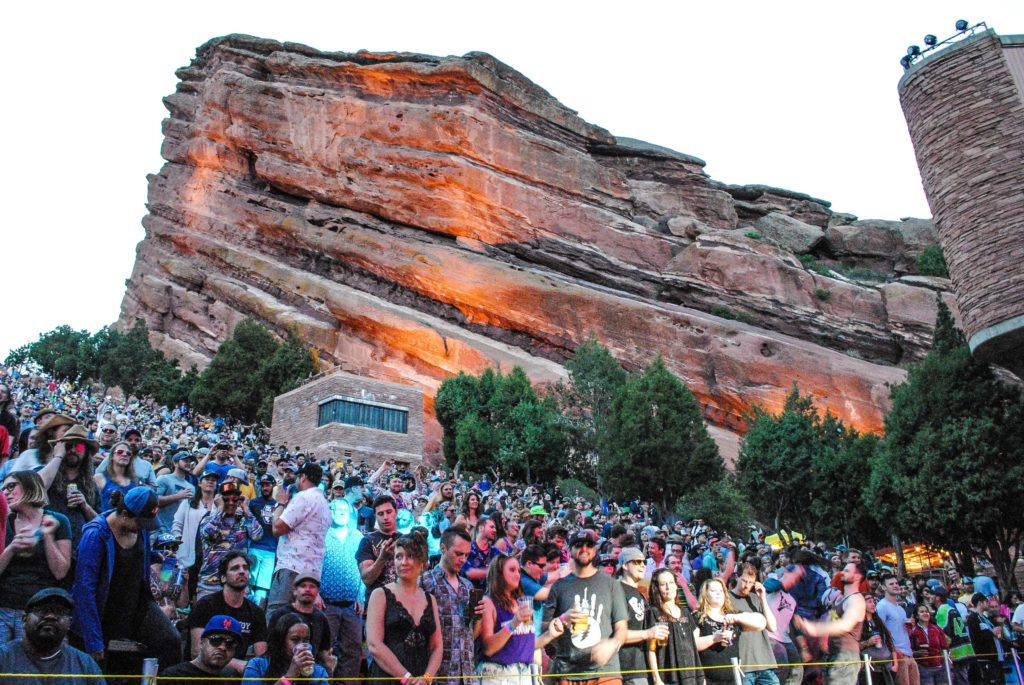 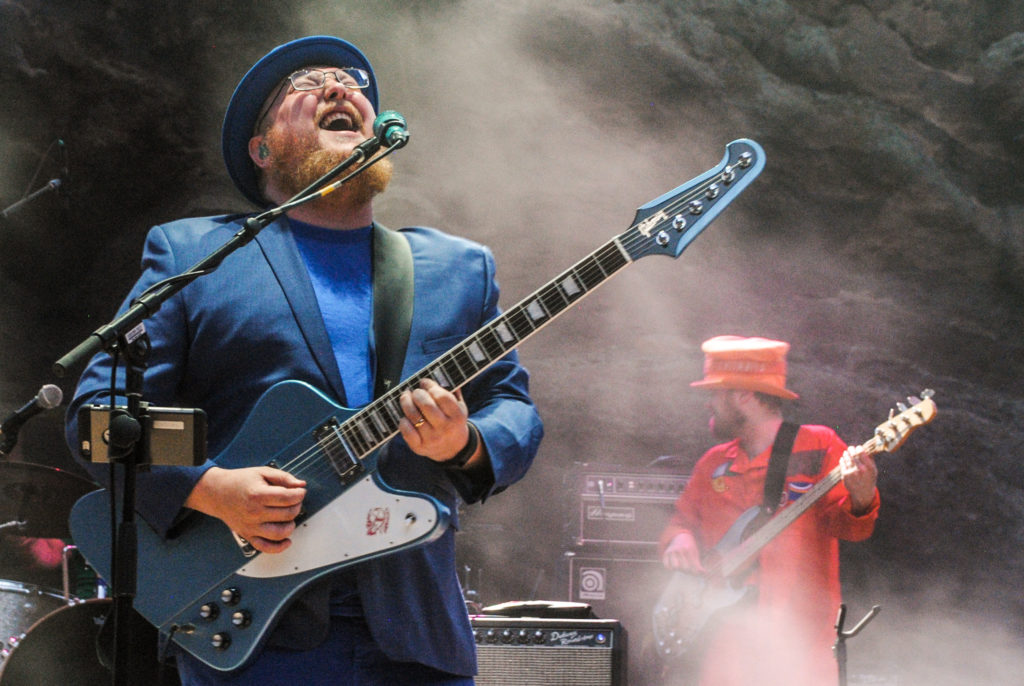