Bluegrass In The Bottoms, a brand new festival in Kansas City, MO, over the weekend of May 19th-20th, features the kind of lineup that has bluegrass fans from across the country drooling! With old favorites like Railroad Earth and Yonder Mountain String Band alongside other heavy hitters like Greensky Bluegrass and Infamous Stringdusters, the potential for collaboration is quite high.

But not just the headliners on this bill are worth checking out, the up and comers here are not to be taken lightly. One name that stands out on this lineup is Portland, Oregon’s, Fruition, one of the rising artists in bluegrass influenced music. With dates at such hallowed Bluegrass festivals as DelFest, Telluride Bluegrass Festival, and Northwest String Summit, Fruition is quickly taking their place as a staple in the modern bluegrass world. With three different members taking turns singing, their harmonies pull you in while the musicianship keeps your feet moving. Their set will be Saturday, preceding WMSB and Railroad Earth. 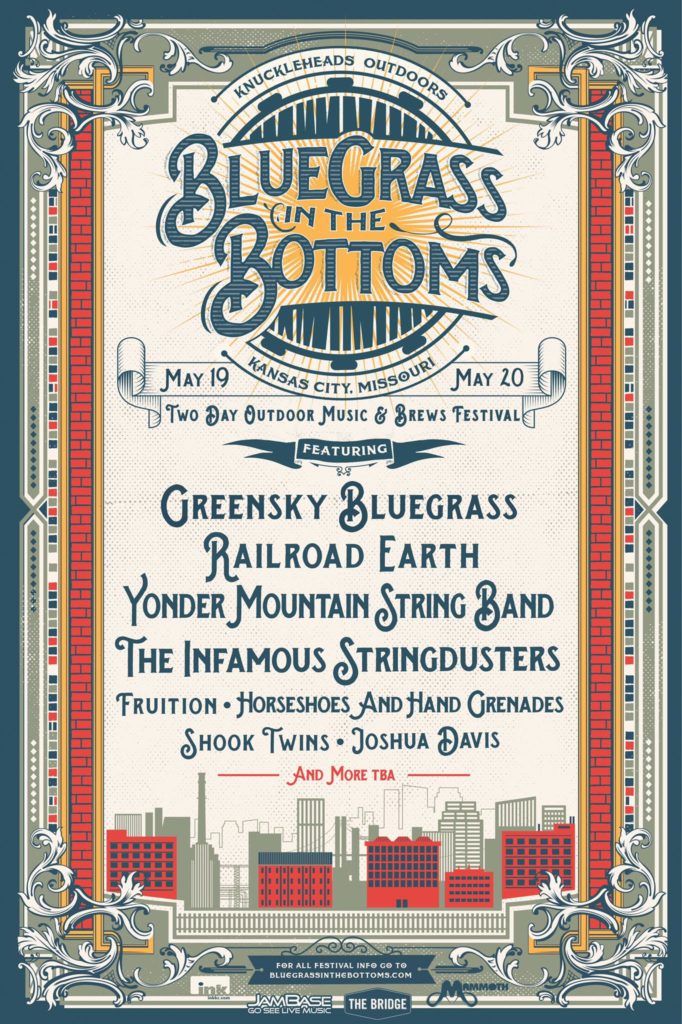 Looking over this lineup, there is really no weak point. Each day boasts a variety of artists, but all sticking to the general vibe of a bluegrass festival. Bands like Fruition or Railroad Earth employ drum sets and more electric instruments than some more traditional groups, but variety is the spice of life! With Yonder Mountain String Band and Greensky Bluegrass about to head out on summer festival dates and tours, Bluegrass in the Bottoms is the perfect warmup for a busy season. Bluegrass in the Bottoms should be a great weekend of pickin’ and dancing, setting the tone for many years to come!