This past Friday night we were graced with a solid lineup including Wick-It the Instigator, Unlimited Gravity, Beak Nasty and Notorious Conduct at Cervantes’ Other Side. The hype was real when we arrived to the venue, and it was because Unlimited Gravity would also be celebrating a decade of music under his belt. Every time I’ve seen Ronnie it’s been an auditory journey of bliss, from the full Unlimited Aspect band to seeing him solo, it has always been a treat. A brand spanking new set design for the stage was especially dope, all crafted by NADASOUND and Krs Tylr. Paying homage to Denver music collective Mile High Sound Movement, it was a bright display of what we were partying for that night. 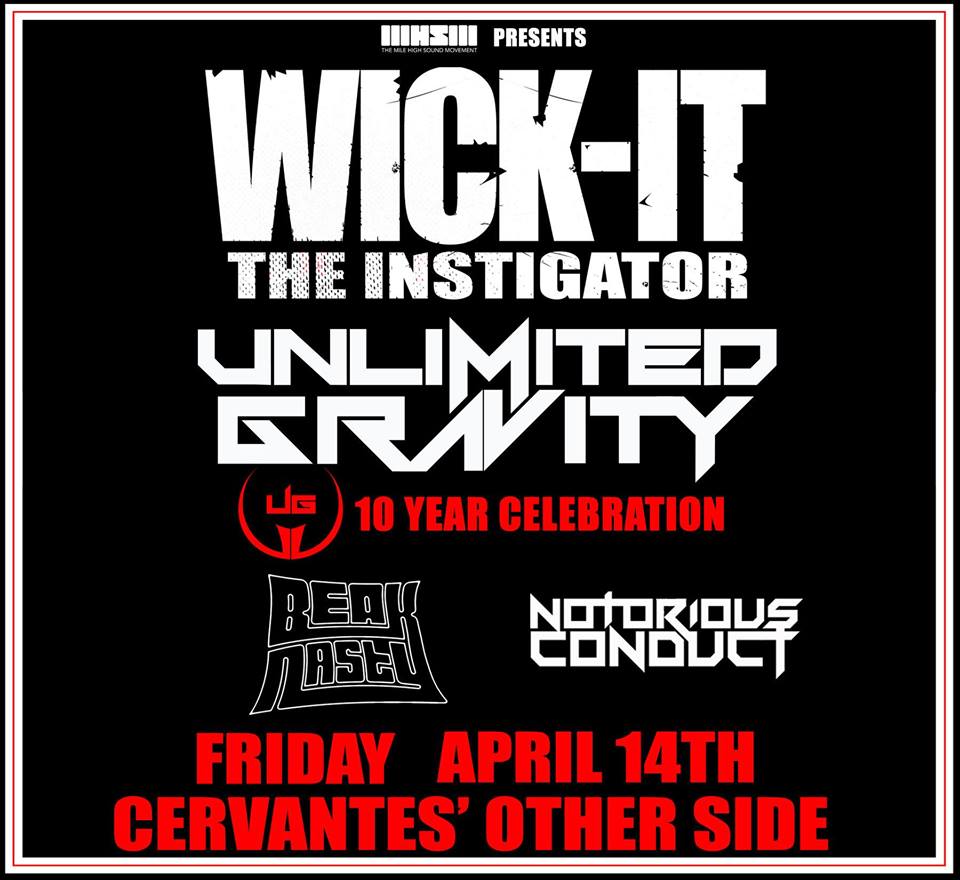 In proper celebration of the last ten years of music, UG dropped a slew of throwback tracks, some finally being played live after years of hiding in the archives. Switching it up between dubstep style bangers and plenty of glitchy bass, Unlimited Gravity gave the best performance I’d seen from him yet. He served up plenty of unreleased tunes as well, making us all go berserk trying to find the gems on SoundCloud (to no avail). His take on AWOLNATION’s “Sail” has been getting tons of love in a new Samsung commercial, and when he dropped it in his set the crowd went nuts. He’s had years to perfect his versatile production style, and it’s here that he excels in making the crowd get down and dirty. It’s Weberg’s beaming smile and energetic demeanor that make up his stage presence, and the love he passes between himself and the crowd is mesmerizing to say the least. Thank you to Unlimited Gravity for always putting 110% of pure passion into everything you do – it’s definitely felt and appreciated. Here’s to another ten years! 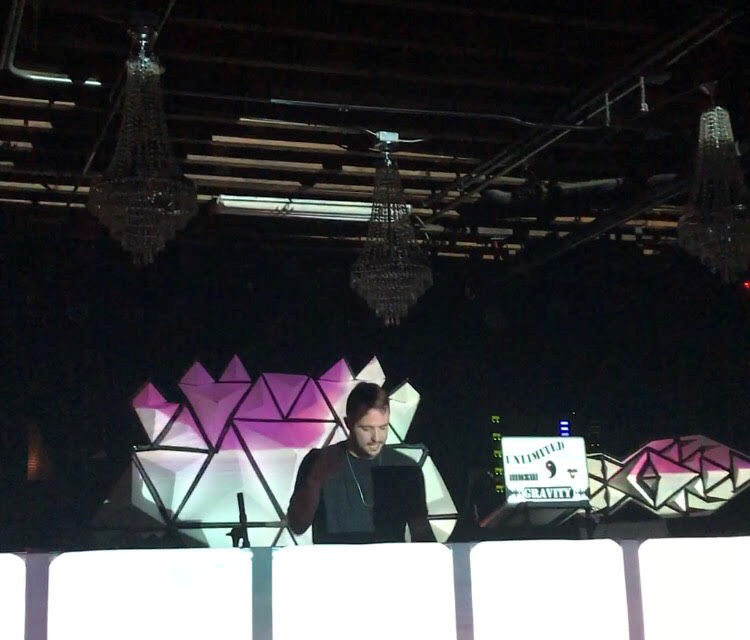 The main headliner of the night, Wick-It the Instigator, has secured his spot in the live bass realm, and every performance cements it. He has an on point knack for moving the crowd, and somewhere in his secret sauce lies the ability to sample the best booty grooving tunes out there. There’s something about revamped 90’s classics that just bring a crowd together, and if there were ever a DJ for it, it’s Wick-It. Old rap remixes of artists like Genuine, Jay Z, and even The Beatles had us dancing like we’d never expected. All in all, it was a heater of talent for the crew at Cervantes Other Side on Friday, and the best Unlimited Gravity set yet.