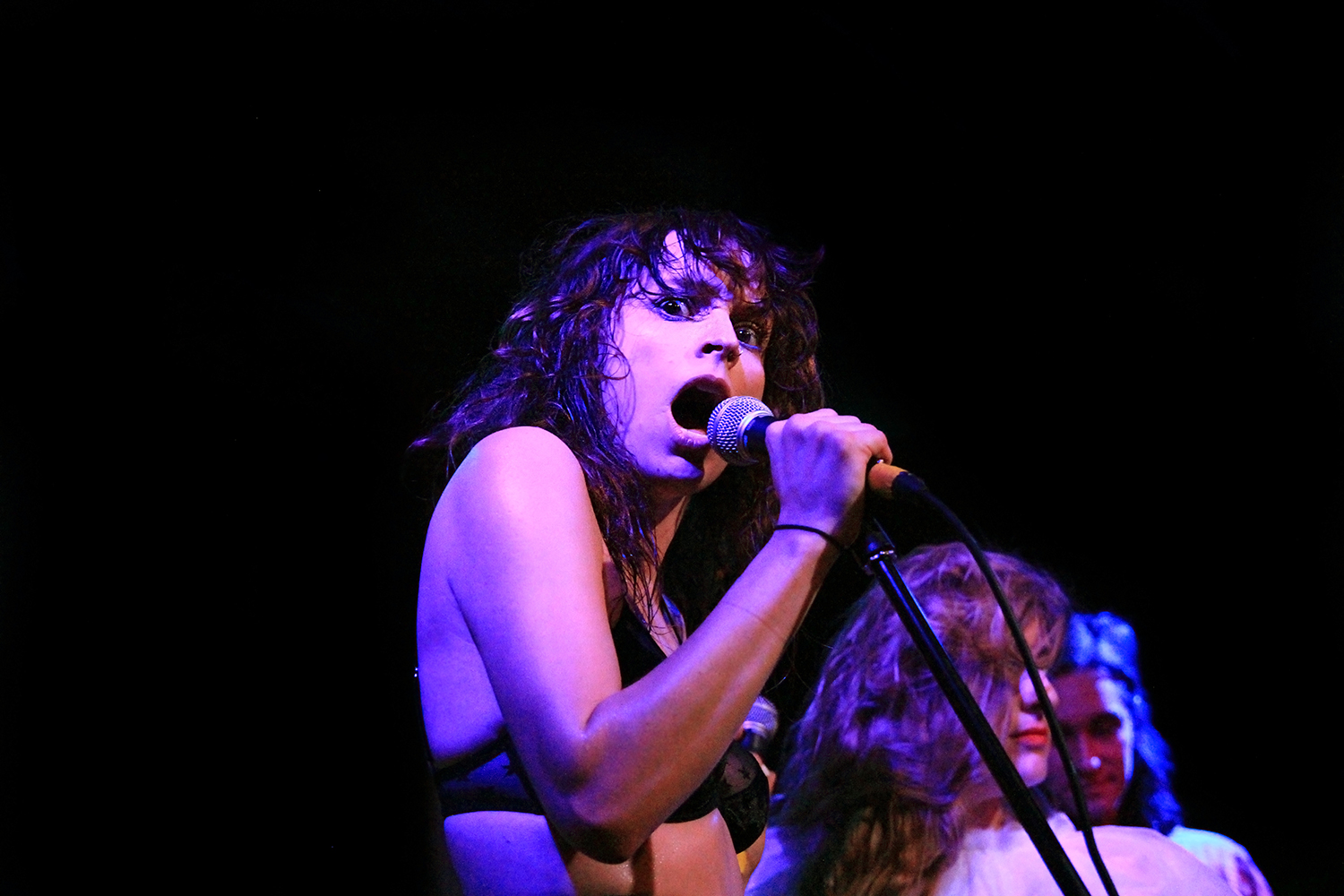 Local legends Sweet Spirit kicked off the sold out release of their new album St. Mojo with a little speech by their hype man: Austin’s Mayor Steve Adler. The band surrounded the Mayor in all white attire like eight brides at a wedding as he proclaimed:

“Sweet Spirit is a testament to why we it is critical we keep Austin the live music capital of the world!” 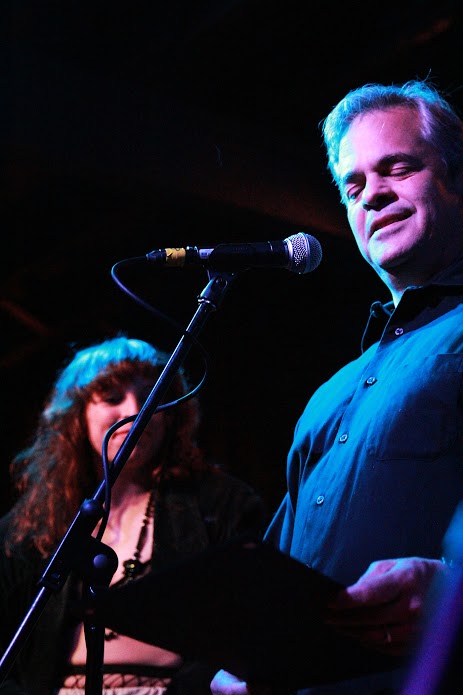 The second he walked off stage it was as if a gunpowder keg ignited. Frontwoman Sabrina Ellis commandeered the microphone and the band burst into action. Austin’s high priestess of rock and roll blessed the audience with Sweet Spirit’s classic “Take Me To A Party” – a tremendous glam ode to slow romance and mending heartbreak over a few beers. Sabrina is cut from the same cloth as Janis Joplin or Iggy Pop and her voice is a jagged knife with operatic aspirations. 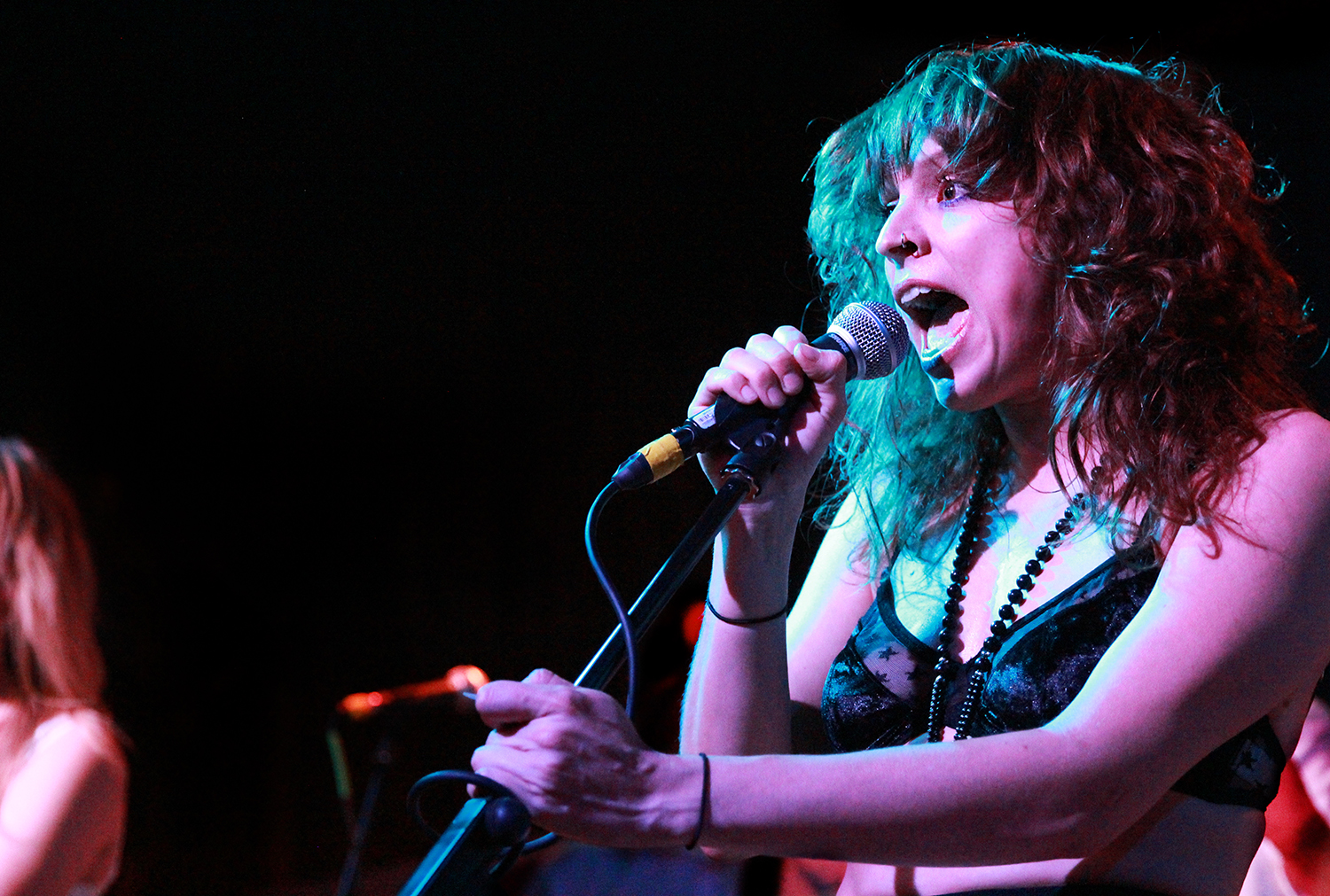 Band cofounder Andrew Cassion was contorted on the ground holding his guitar an impossible angle and ripping chords from it with a viciousness that threatened to break the instrument in half. One second he was hopping around the stage like a nine year old badly in need of adderall, the next he was in the crowd attacked by the hands of hungry groupies, a moment later he was on the ground folded in like an origami crane. Never once did his zany energy cause him to miss in a note. 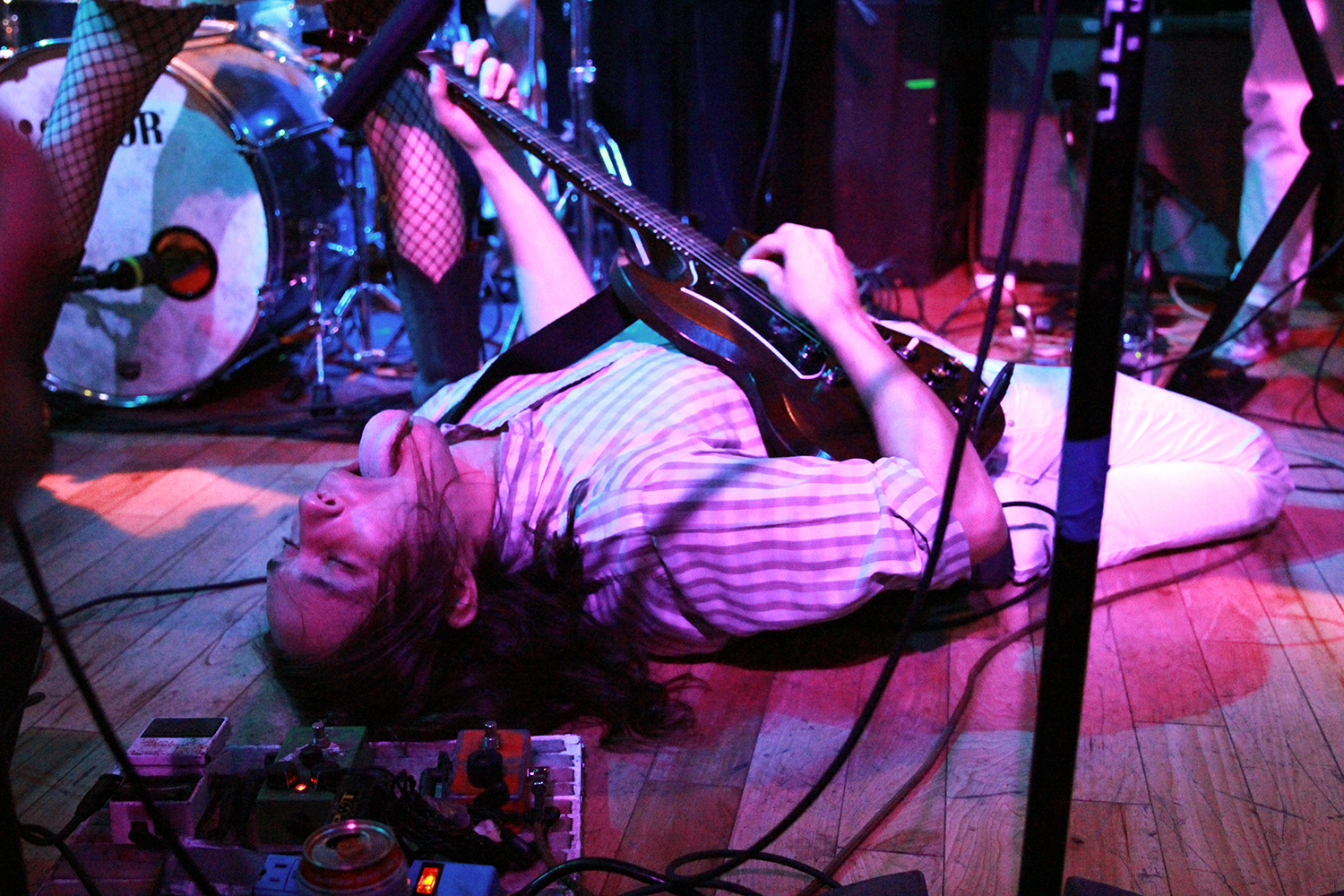 Quite the opposite, Sweet Spirit’s style ebbs and flows between genres in an uncategorizable way.  One moment glam and another nearly country, the saccharine ectoplasm that serves as the flesh of Sweet Spirit is peppered with orchestral keys, brass and strings and topped with dash of savage punk.

The Mayor was not the only special guest to grace the stage. Har Mar Superstar and Tinnarose’s Devon McDermott came on stage for electric duets. They were already in the building after killer opening performances.  The electric chemistry between Ellis and the Superstar was unfakeable. 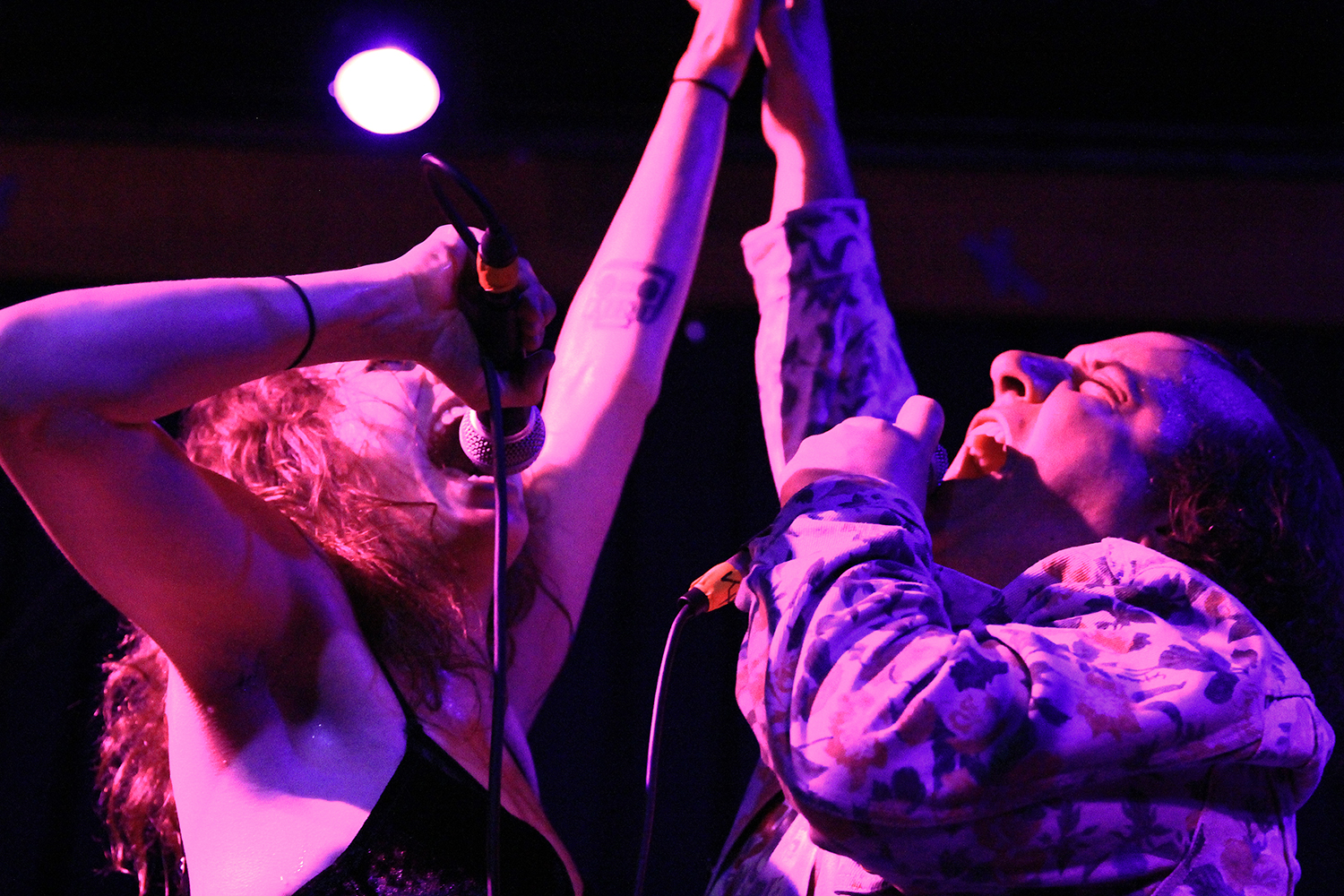 The brass section swelled as the night stretched on. St Mojo’s producer Steve Berlin of the Grammy winning group Los Lobos invaded the already crowded stage a good with a few friends from the brass section of Grupo Fantasma.

The tastiest treats of the show by far were the performances of Sweet Spirit’s new singles The Power and The Mighty. These songs have a volcanic feel. Released only a few days before the show Sabrina’s face lit up like Zilker Park in winter time when the audience joined her in the chorus of The Mighty:

The Power was thrilling to experience. It was a testament to everything that makes Sweet Spirit great and thus what makes Austin the world’s crown jewel of live music. Ellis radiates an aura that can be felt from twenty five feet away. The most unusual part of her performance style is her trademark ad libs. Midway through Sabrina told a story about how her mother said her she could be a supermodel. Strutting down the stage nothing but a bra, tutu, and fishnets she’s living prophetic. 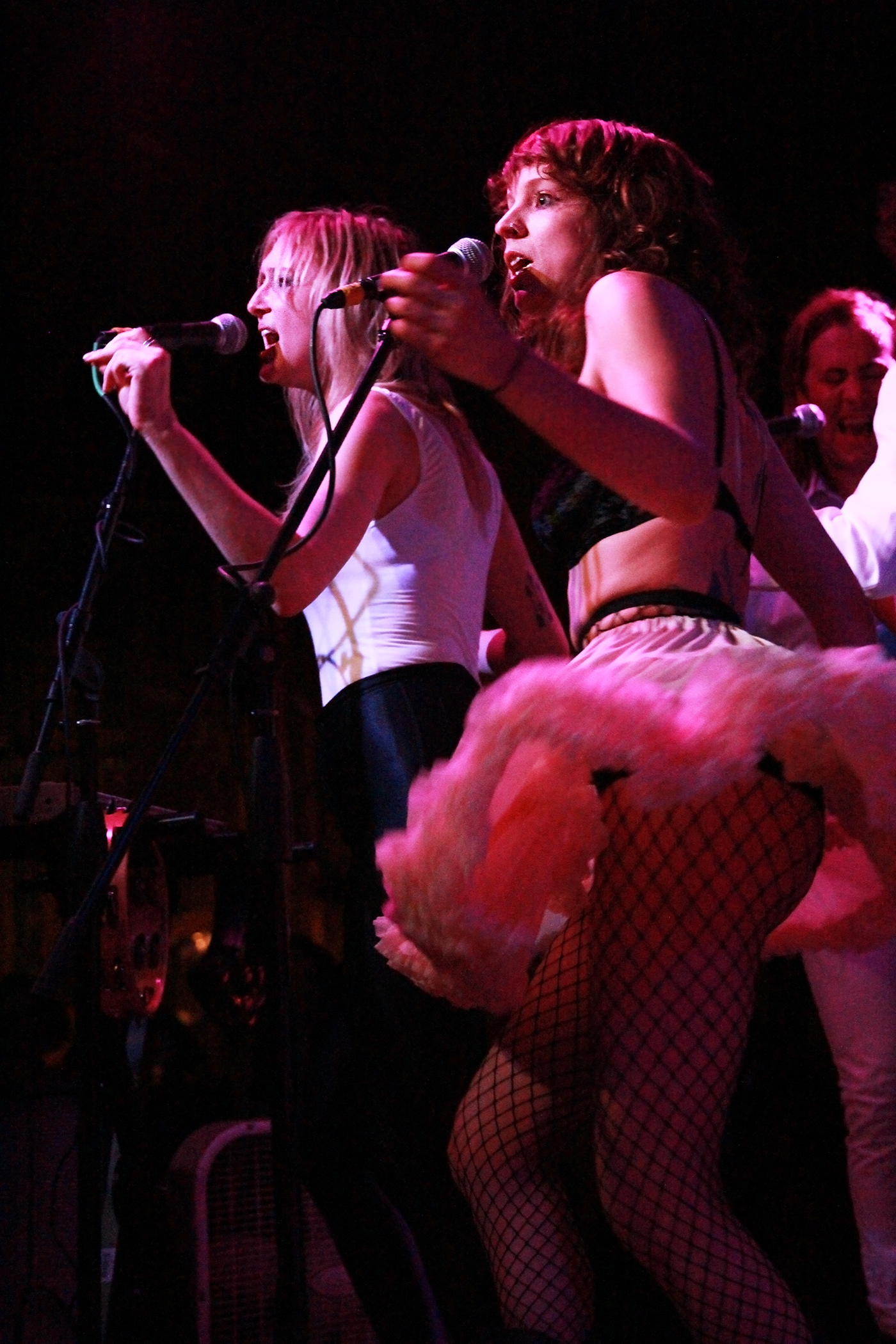 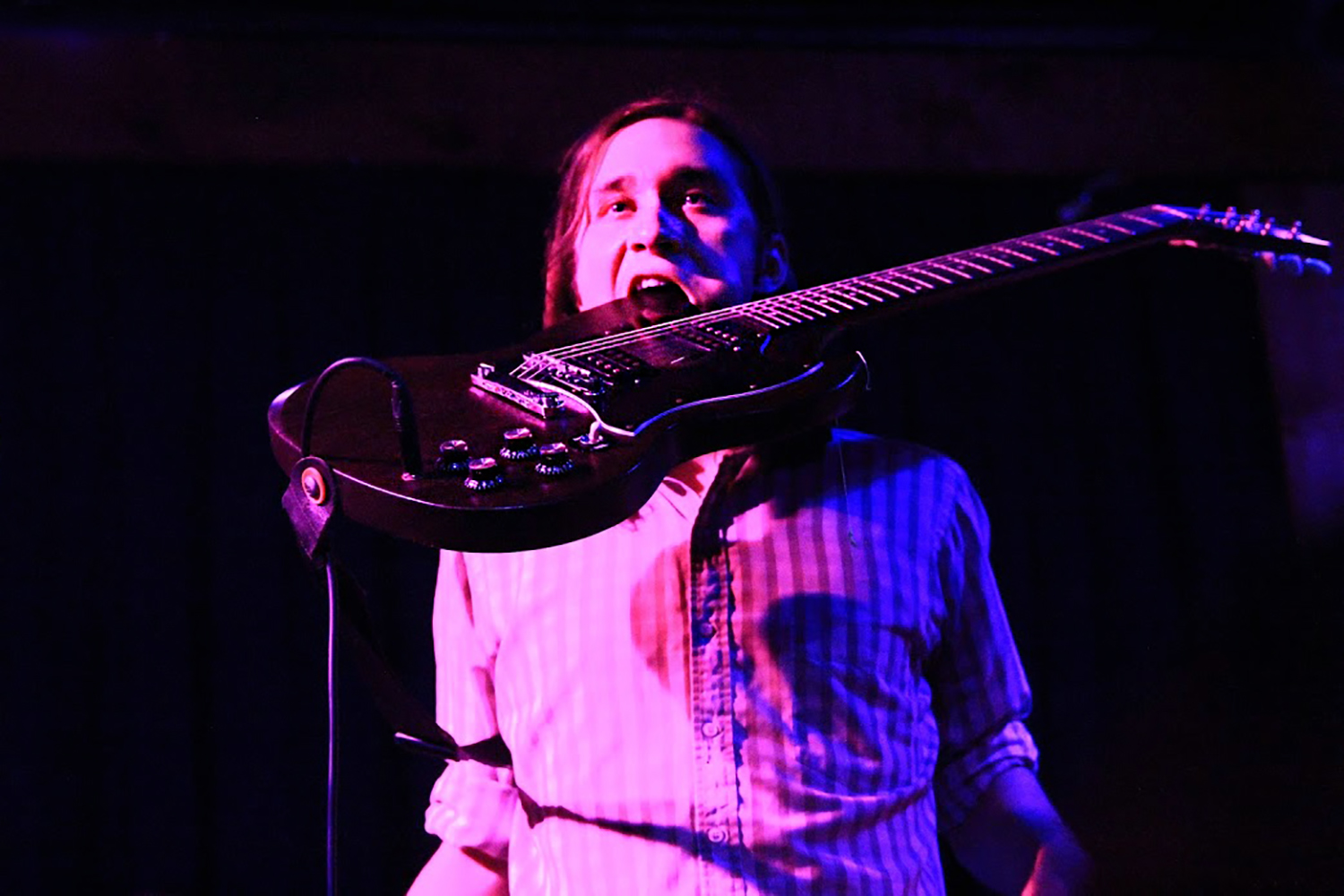 The music that night was as rock and roll as a cigarette after sex and just as satisfying. Cassion played guitar like a man on a motorcycle with nothing but dark desert highway and no police for miles. As the songs flew by and the set ramped up to it’s final moments his playing pulsated with the energy of a man on the verge of climax. Ellis belted out song after song that occupied a space of heartbreak, momentary bliss and longing most people aren’t even comfortable speaking to their closest friends about. Her backup singers were lost in their passion, with her eyes closed Cara Tillman was a woman lucid in a dream. As their performance crested it’s final peak Sabrina stepped out of her white tutu and stood bare before the screaming crowd; her whole being was before us, entirely and unashamedly.

Her life must be on mute once she steps off stage. 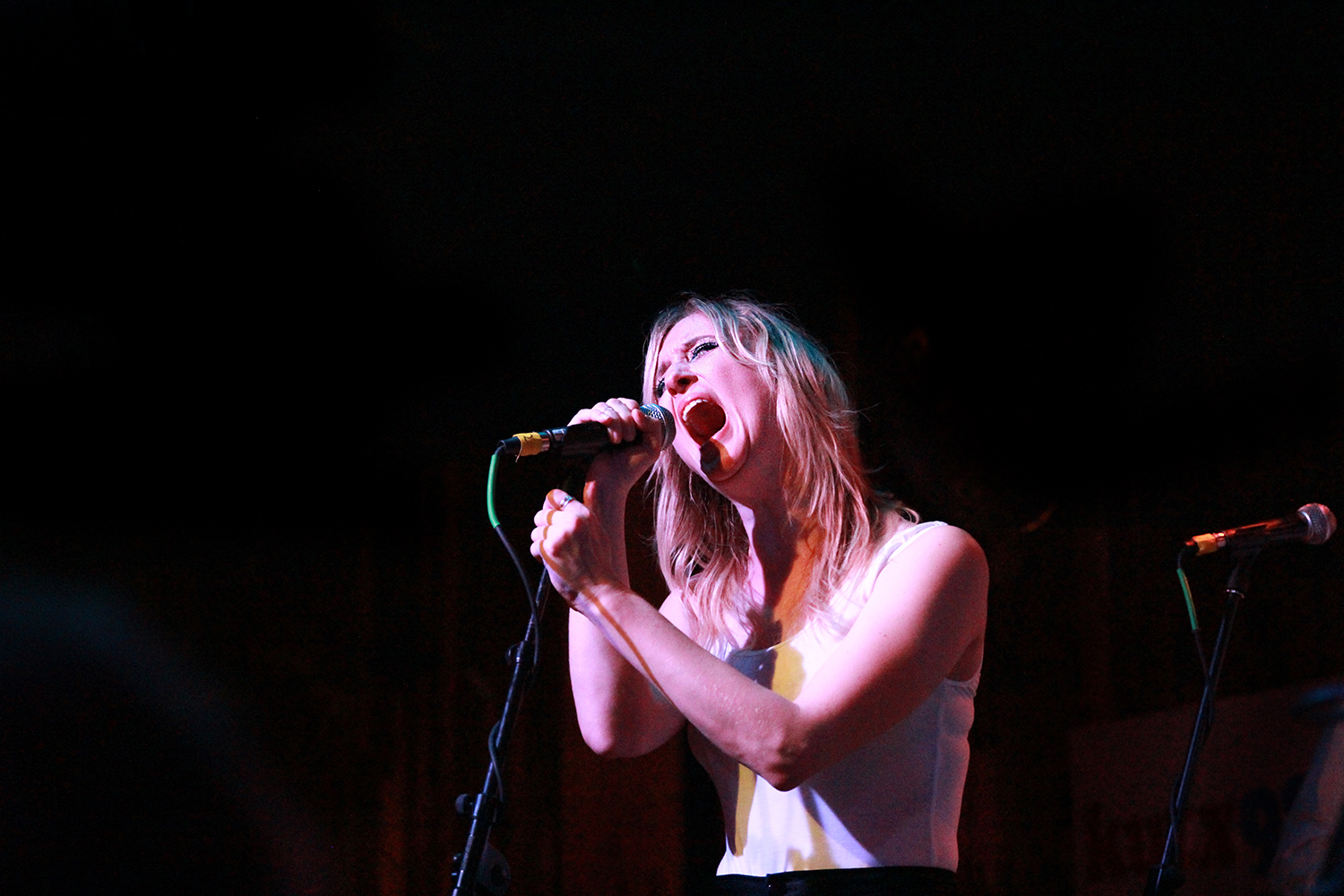 Cara Tillman Giving It Her All (Paula Horstman)

Catch Sweet Spirit at Float Fest in San Marcos on July 22-23! Or at Derby in the City on May 6th.

Don’t live in Austin? You’re in luck. Sweet Spirit is coming to a town near you!

Tour Dates (Basically Every Major City in America… no excuses!):

Austin, TX – Derby in the City on May 6th

Portland, OR – Pickathon Presents at Dunk Bar on May 13th

San Francisco, CA – Brick and Mortar on May 17th

Tucsan, AZ – Flycatcher on May 21st