If the announcement of Elements Lakewood was enough for you, then you need to reassess your priorities because the party is  not stopping there. Returning this August for not one, but TWO full days comes BangOn!’s Elements NYC Music & Art Festival. That’s two full days of music, fun, surprises, games, and new friends to make. 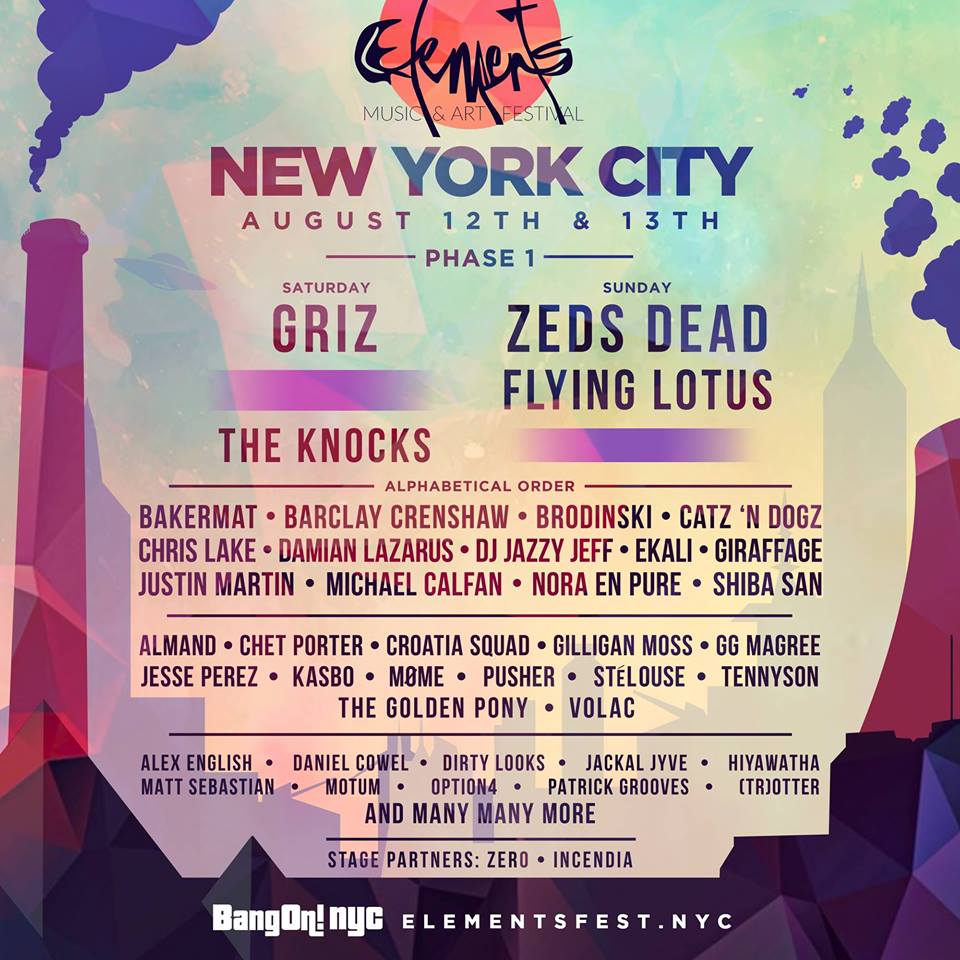 As in typical Elements fashion, the lineup covers a wide variety of genres across the music spectrum with headliners GRiZ, Zeds Dead, Flying Lotus, and The Knocks, with 2 more names still TBA. Dirtybird’s head bird will be supplying deep sub frequencies under his alter alias, Barclay Crenshaw, which will contrast nicely to the chill vibes of Tennyson and Bakermat. House music is always covered at a BangOn! event, and this year they’re bringing Damian Lazarus, Brodinski, Michael Calfan, Volac, Jesse Perez, and many more. Of course there are always a couple of Dirtybird Players in the mix as well. This time gracing the stage will be no other than the legends themselves, Justin Martin and Shiba San. I heard Claude Vonstroke will be there too. Let’s hope for a secret set?

Elements NYC is set to be a top heater this summer. There are still 2 major headliners to be announced, so stay tuned.

Grab your tickets now because they are definitely going to sell fast.