The city of Boulder, Colorado was treated to a stack of extraterrestrial performances headlined by glitched-out bass wizard Thriftworks last Friday night, and it was a dope kickoff to Boulder’s Spring Break crowd. Hosting the show was the Boulder House, an art gallery turned music venue that is intimate, spacious and pretty laid back. As usual, Jake made sure to spend time pre-show to hang out at his merch table, making connections and sharing his time. It’s always rad to see artists put a real effort into fan relationships, even if it’s as simple as slanging a bit of merch. 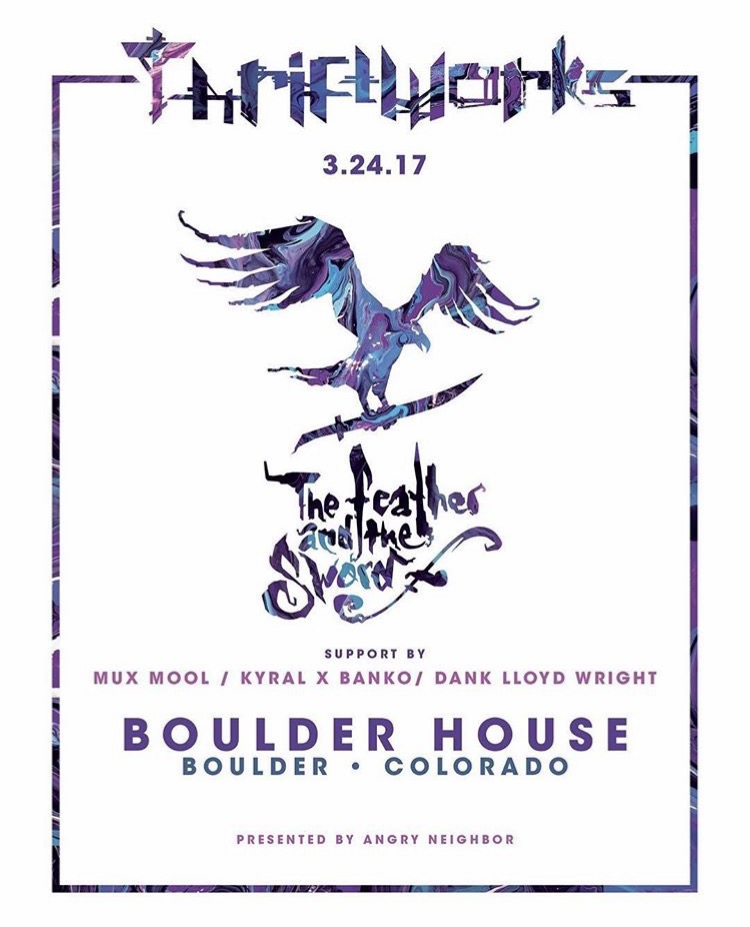 Boulder House was already shaking with beats as I arrived to a packed dance floor. The party responsible were newcomers Kyral X Banko, and after seeing these guys open for X&G back in December, I was stoked on seeing their names on the bill. The duo have definitely perfected a unique and danceable bass formula that moves the crowd, and their heavy jungle rhythms are icing on the cake. It was the first Boulder appearance by the Chicago based producers, and they gave us a great introduction of what Kyral X Banko have in store.

Mux Mool, a regular in the Denver music scene, was a top highlight of the night for me. After seeing him at Re:Search Wednesday’s just a few weeks ago, I was more than looking forward to some of his dark, industrial style bass. His set was absolutely fresh and didn’t disappoint; Mux served up a slew of fresh tracks for our eager ears, and made it all the more hype for when the main man himself came on. 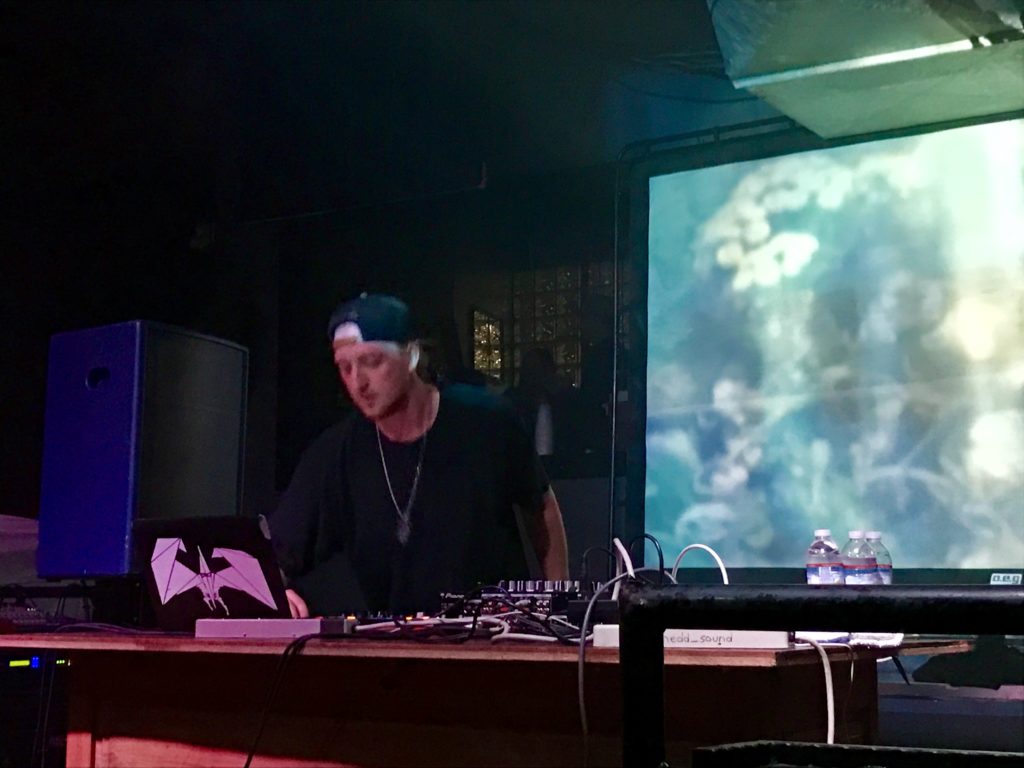 After giving Thriftworks’ newest release, The Sword and The Feather, a listen, I honestly wasn’t a fan of the newer tripped out productions. As his set went on, I was happy to get a full spectrum Thriftworks set full of throwback bass heavies and hip-hop sampled beats. Booty shaking and hip grinding are signature aspects of a Thriftworks show, and it was a sweaty dance floor by the time he was through. Some of my favorite reworks were thrown in as well, such as Busta Rhymes “Put Your Hands Where My Eyes Can See” into Rick Ross’s “Hustling”. He definitely kept his set bass heavy and sensually weird without delving into his more tripped out productions, which I was more than fine with. Thanks for a slice of the west coast flava, Jake.