Last year’s Gem and Jam started our festival season off proper and we have been waiting to see what Infinite Music Productions, Euphonic Conceptions, and Challenger Presents has in store for 2017. Well, the wait is over and we could not be more stoked with the 11th annual Gem and Jam initial lineup. Featuring Gramatik, The Floozies, Lotus, The Trancident (featuring Kyle Hollingsworth, Michael Travis, Michael Kang and Jason Hann of the String Cheese Incident), EOTO & Friends, The Infamous Stringdusters, Opiuo, The Motet, The Funk Hunters, Late Night Radio, Maddy O’Neal and many more, 2017’s lineup has a LOT to love. 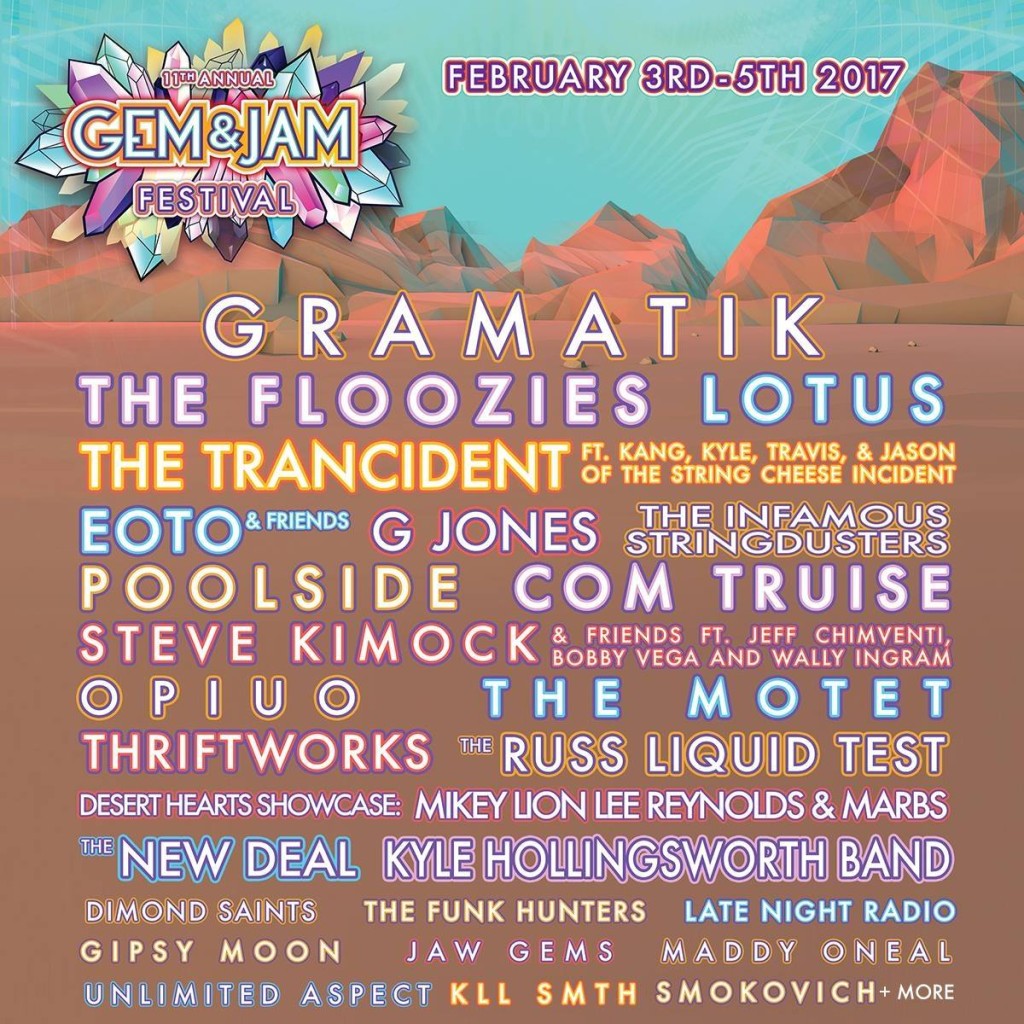 Another huge change for Gem and Jam 2017 is the location. G&J will be moving from its urban lot with limited camping to the beautiful, desert setting of Pima County Fairgrounds. Located on 640 acres just 20 miles south of downtown Tucson, the Pima Country Fairgrounds is surrounded by nature, creating multiple camping options for the first time in Gem and Jam history. Hosting over 50 musicians on 3 stages in 3 days, Gem and Jam 2017 is going to be bigger and better than ever. Not to mention that the late night sets, gem exhibits, art galleries, workshops and much more have not even been announced yet.

Right now, general admission tickets are only $169 plus fees and camping options start at $30. Tickets are available here, so assemble your festi squad and start planning now!