Pretty Lights Live: An Episodic Festival lit up the First Merit Bank Pavilion at Northerly Island in Chicago this past weekend for two unforgettable nights in the windy city. After a successful run at the Bank of New Hampshire followed by four dates in his home state of Colorado, we couldn’t wait to see what he had in store for the gold coast.

Derek Vincent Smith, aka Pretty Lights, is a producer who aims to consistently reinvent himself and his music. In preludes to his new album, Smith claims, “I can’t accept such an isolated experience…  I need to connect with other people to have some sort of shared interpretation of reality and experience something more than what there is.” His intentions ring true as Pretty Lights Live has morphed from a solo produced performance into a melodic live band experience. Throughout this tour, Smith has featured some of the best electro hip-hop funk and soul musicians in the game and this weekend’s line-up certainly did not disappoint.

Night one kicked off with the visionary sounds of Chicago native, Statik, setting the tone for the night ahead. It was my first time seeing this young yet timeless artist perform and he truly exposed his potential as an up and coming musician. Ending his set with a hit track, ‘Outbound,’ off his latest album, Statik certainly set the stage for the second act, Sunsquabi of Boulder, Colorado.

Nearing the end of their last leg of tour, Sunsquabi squeezed in an epic opening set in between mid-west dates echoing funky tones throughout the pavilion. Being from Colorado, I have had the pleasure of witnessing the moving effect the Squabi boys have had on their fan base for years and their electro-jam sounds never cease to get the crowd moving. Needless to say, Chicago has hopped on the Squab train with this performance. The sun was setting down on the crowd as it continued to grow in anticipation for Manic Focus, Emancipator and, of course, Pretty Lights.

The jams continued with another exceptional set from Manic Focus. J-Mac threw down the funk and bass with legendary live trumpet player, Russ Liquid, and special guests Psalm One and Emily Nicols on a brand new track! This was one of the most organized and complex sets I have seen from him, to date. The energy was high and the accompaniment of the live horns and vocals made his set especially unique. Emancipator took the stage, cooling things down with their melodic and soulful sound. Tensions were rising in anticipation of Pretty Lights, yet Emancipator locked in the emotions of the crowd as the Chicago skyline lit up behind them. 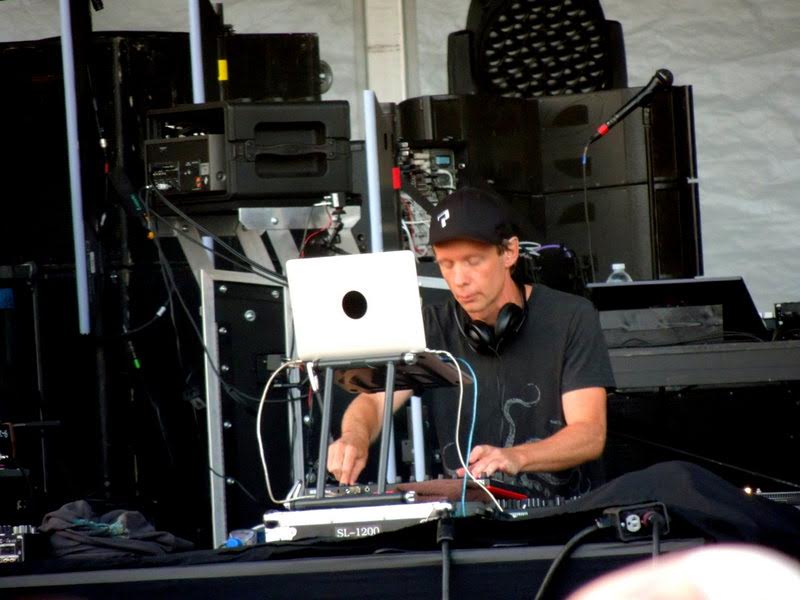 The Live band came out in full force Night 1 with classic bangers extending into lengthy jams such as ‘Out of Time’ and ‘I Can See It In Your Face.’ The crowd blew up when the band threw down Derek’s Chicago Bulls remix in obvious representation of the location. An overall peaceful and blissful vibe took over the audience that evening ending on an emotional note with ‘We Must Go On’, an often teased and spoken to be retired song which was played fully through as a close to the night.

Day two of the Episodic Festival had an immediate, all around different vibe from day one. The crowd came early and was ready for the incredible line up of heavy bass and hip-hop artists preliminary to the band. First up was Cofresi, another opening act I had yet to see live. A perfect contender for the start of the show, Ben certainly showed the audience what Chicago-native artists are made of.  Next up was an amazing sunset performance by Dave Tipper himself. This was particularly special to me, as I have always envisioned Tipper with a mysterious demeanor, so to see him in the flesh as the sun set over Chicago was a surreal experience.

G Jones took over after Tipper and truly stole the show for the openers of the evening. The night grew dark and G Jones was making people move unlike any other artist I had witnessed that weekend. Last up was the dynamic duo, The Grouch and Eligh, because of course it was only necessary to hit the crowd with some hip-hop before Pretty Lights took the stage. 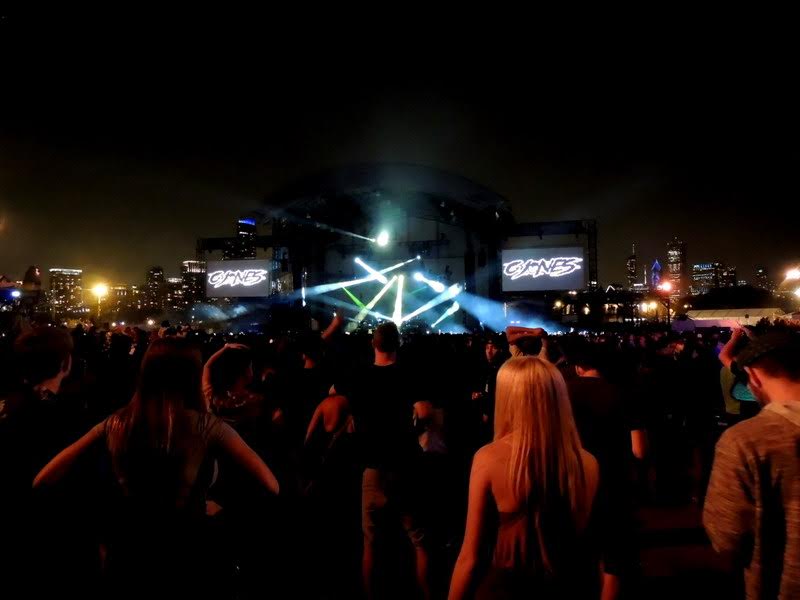 After a series of high energy acts, Derek emerged behind a cage of lasers raising tensions and excitement with a solo prelude. The energy remained present from all of the openers as the band opened with classic ‘Aimin’ At Your Head’, aiming as Derek spoke to “keep everyone on the same frequency.” He accomplished just that as the vibe trickled on from the previous night. He kept the party live throughout the evening with a high energy old school set mixed with new age Pretty Lights analog sounds.

Northerly Island truly encompassed all that Chicago has to offer being surrounded by the beaches of Lake Michigan and the Chicago skyline gleaming behind the stage. Would like to extend a huge welcome to Brandon Butler as he took over for PL veteran, Brian Coogan, after announcing his retirement from the band. Butler had only three days-notice and one six hour rehearsal with drummer, Alvin Ford Jr, and pulled off his part, what seemed to be effortlessly. It is safe to say he has a secured spot in the Pretty Lights family with his incredible contribution. One time for Chicago, Pretty Lights Episode 04! 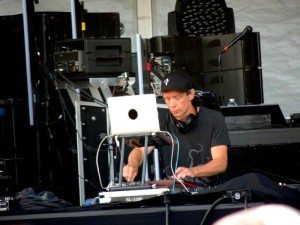 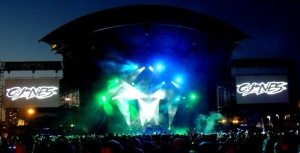 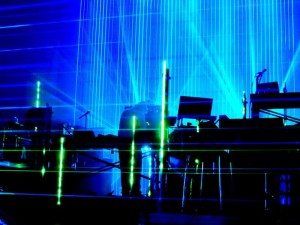 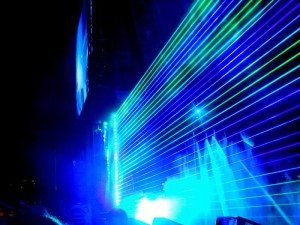 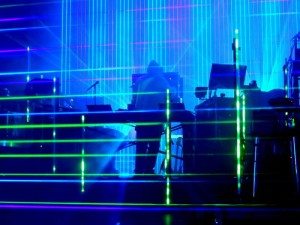 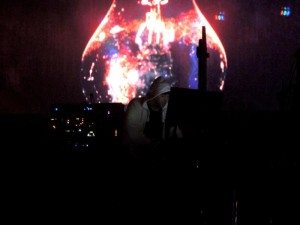 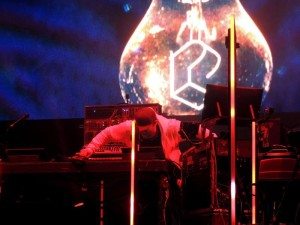 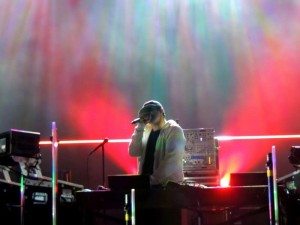 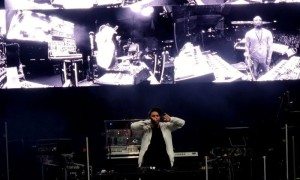 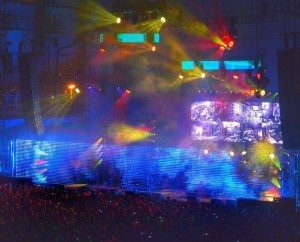 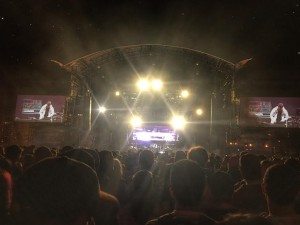