Sound on Sound Fest is the new three-day festival taking place November 4th – 6th in Austin, Texas. Taking place at the Sherwood Forest, Sound on Sound Fest features an epically stacked lineup and we are itchin’ to get our booties back to ATX come November. We threw together our three hip hop acts gracing the lineup that you CANNOT miss at Sound on Sound. Each act brings monumentally epic sh*t to the table so get familiar below. Snag passes here. 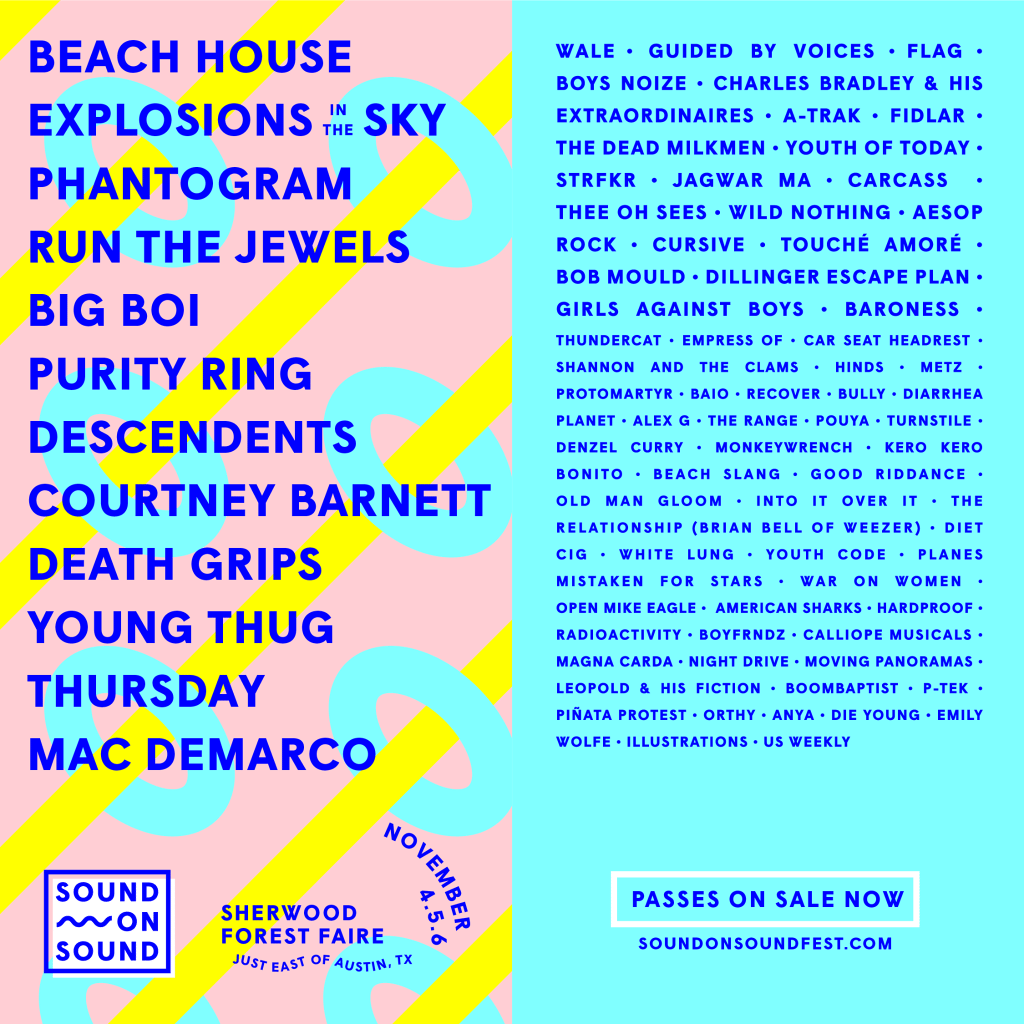 Hip hop that could provide the soundtrack to life on a boxcar, Death Grips performance is bound to be a chaotic, aggressive, high powered orchestration. That is, if it even happens. Death Grips, a three man experimental hip hop collective, blur the lines between music and performance art. They “chose not to show up” to a Lollapalooza set in 2013, projecting a suicide note and leaving a drum kit on stage as a sacrificial offering to their fanatical fans, who promptly ripped it apart. I’m not joking when I say their fans share an almost religious devotion to Death Grips, after a show one of my friends sat on MC Ride’s car for two hours waiting to see him. She took a bathroom break and when she came back the car had left. The band has broken up multiple times, dropped albums with almost no publicity, and personal details about the members MC Ride, Zach Hill, and Andy Morin are scant. 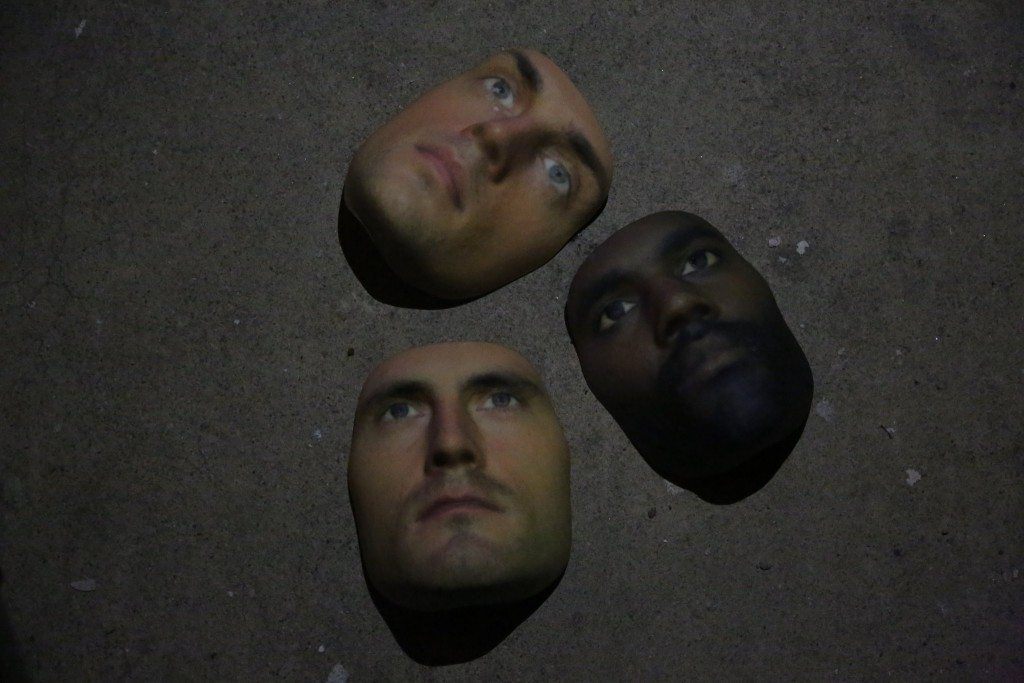 Their body of work is cavernous – with three mixtapes available on their site. Their music is dark and haunting, with emotive synths and abrasive drums. MC Ride raps like a post apocalyptic drill sergeant and looks the part, his tatted body has never even heard of fat. Their lives sets are nonstop aggression and they promise to have the most brutal mosh pits of Sound on Sound.

Ever rapper brags about how they’re the best to ever live, but Aesop Rock holds the record for the largest vocabulary of any rapper in history… by about a thousand words. He spits them out into impossibly fast poems and parables over beats that form surreal soundscapes rooted in old school hip hop. His songs have a quality around them that makes each listen a unique experience, I listened to Fumes for years until one day the dark story snapped into focus and it was like I was possessed.

Hailing from New York, he’s got fifteen years experience on fellow New Yorker A$AP Rocky. His flows are cryptic riddles with deep sonic currents. One of his songs has an entire verse where every word starts with an L, an S, or a D – no ifs, ands or buts. The first time I saw him I couldn’t believe there was a human was capable of spitting verse after verse of tongue twisted drag racing. He’s an odd man and very grateful to his fans for supporting his endeavors for years. 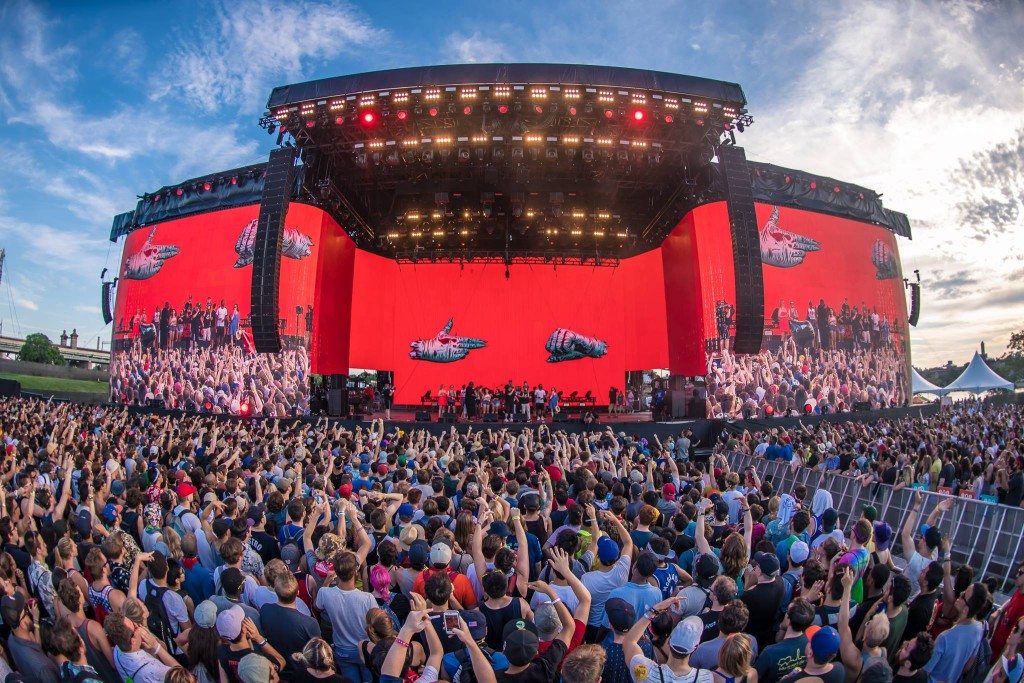 When underground rap royalty teams up you know they have no choice but to Run the Jewels. Producer and label executive El-P teamed up with your favorite emcee’s favorite emcee – Killer Mike – to create a planetary sensation. Their second album was named Pitchfork’s Number One Album of 2014 and their crowd funded cat remix album Meow the Jewels raise a butt ton of money for charity.

Killer Mike is politically outspoken and raps with beautiful bass, if you don’t know Run the Jewels you might recognize him from his viral interview with Bernie Sanders. Run the Jewels are dark fun, they rap like kings and have a blast doing it. They promise to have one of the best sets of Sound on Sound.