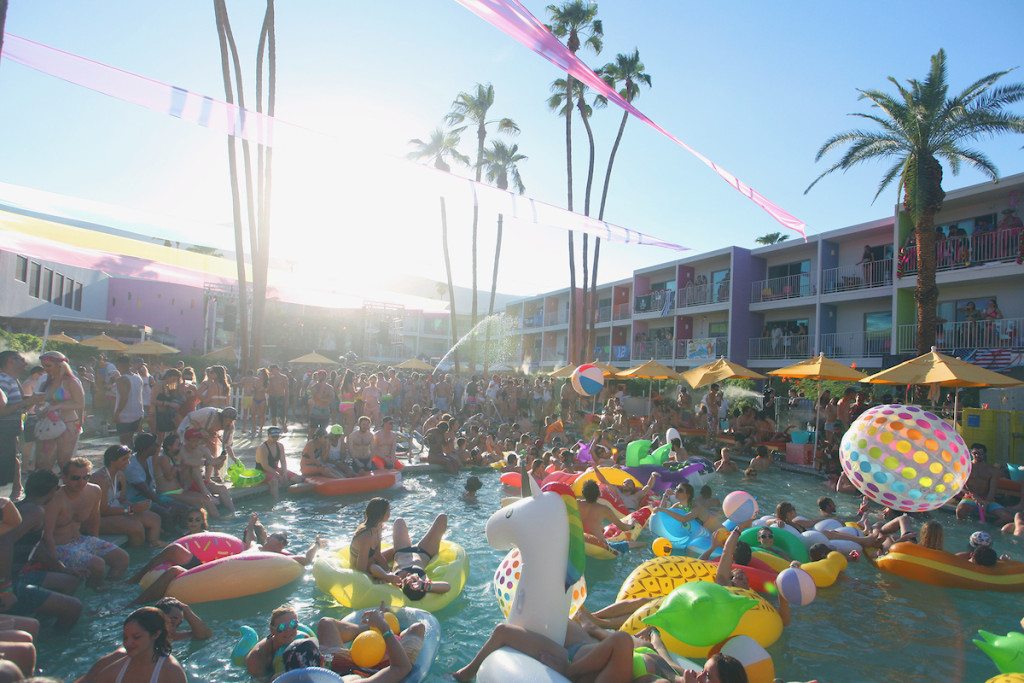 .The sixth year of California’s Splash House took place this last weekend, and we’re still dreaming of our epic poolside getaway. Taking on new festival producers Goldenvoice, Splash House’s August edition of day shows and afterparties sold out to a crowd of 5,000 each day. The celebratory vibes were in full swing from morning to night, and returning Splashers were all smiles. This is a festival that’s created a strong community vibe such as other events, like Holy Ship and Electric Forest do, and it’s an easy highlight for attendees to look forward to all year long. With no daytime shenanigans planned, first up on the agenda were room check-in’s, pool dipping and of course…. balcony decorating! This is a prime part of Splash culture, and by the end of the day nearly every patio was decked out in hysterical themes, each more spirited than the next. While everyone settled into their new homes for the weekend, it was the perfect way to unwind before the awesome first night that lied ahead. 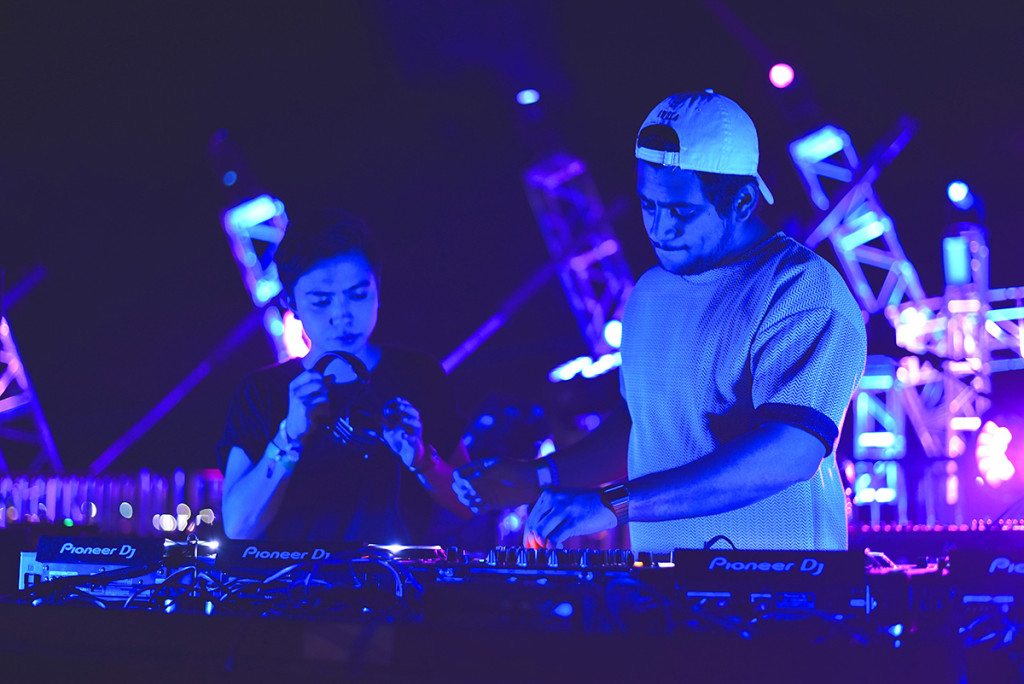 Friday, August 12th
Right around 10pm, squads were assembled and headed to the Air Museum for a salacious lineup with the likes of Durante, Hotel Garuda, and Rufus Du Sol. Having previously caught the Rufus duo the previous night in Santa Monica, I was more hyped on seeing HG, as Manila Killa had given a super dope set at Shambhala as Hotel Garuda just the week before, but now both of them would be in attendance. Part of the creative force behind the Moving Castles Collective, Chris Gavino has been making quite the name for himself over the summer. His seamless transitioning from uplifting future-pop vibes to nice trap bangers gave his performance its’ own euphoric atmosphere, and served as the perfect soundtrack for dancing beneath the stars. Joined by the other half of Hotel Garuda, Aseem Mangaokar, the two treated us to a pretty damn epic B2B, complete with go-go dancers and an insane light display. 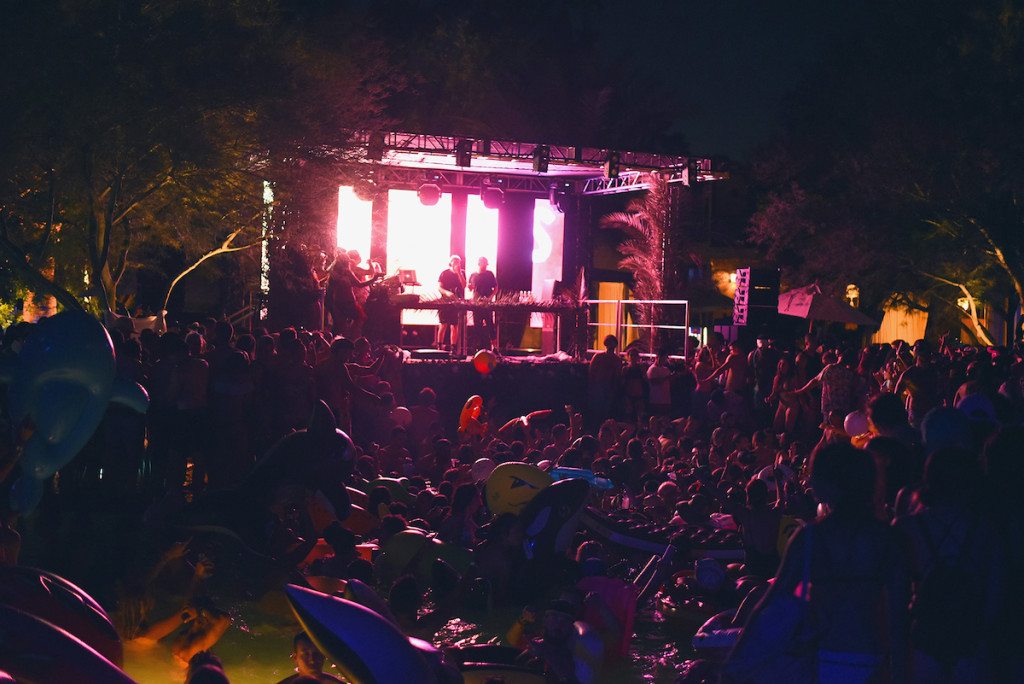 Saturday, August 13th
Viceroy gave us a big dose of nostalgic tropical house, implementing a live saxophonist to switch it up. He played a variety of old school, sing-a-long style hits, such as Shaggy’s ‘Wasn’t Me’, and Miley Cyrus’ ‘Party in the USA’. Throw that into a pool party environment and you’ve got a crazy dance floor on your hands! I remained at the Saguaro for the next few sets, but knew exactly where I needed to be at 8 – the Riviera was hosting Snakehips, and I’d somehow never seen the duo live. While most of my group decided to stay and see MK, leaving solo ended up being the best move. Snakehips completely slayed Splash House, and there are about 5,000 people I raged along with who would agree with me. This pair are fearless when it comes to mixing genres, and they had the entire Riviera pool popping off along with them. Following Snakehips set was mysterious producer Claptone, who kept the party going into the late night at the Air Museum, but I retired pretty early to keep up with the early agenda I’d planned for Sunday. 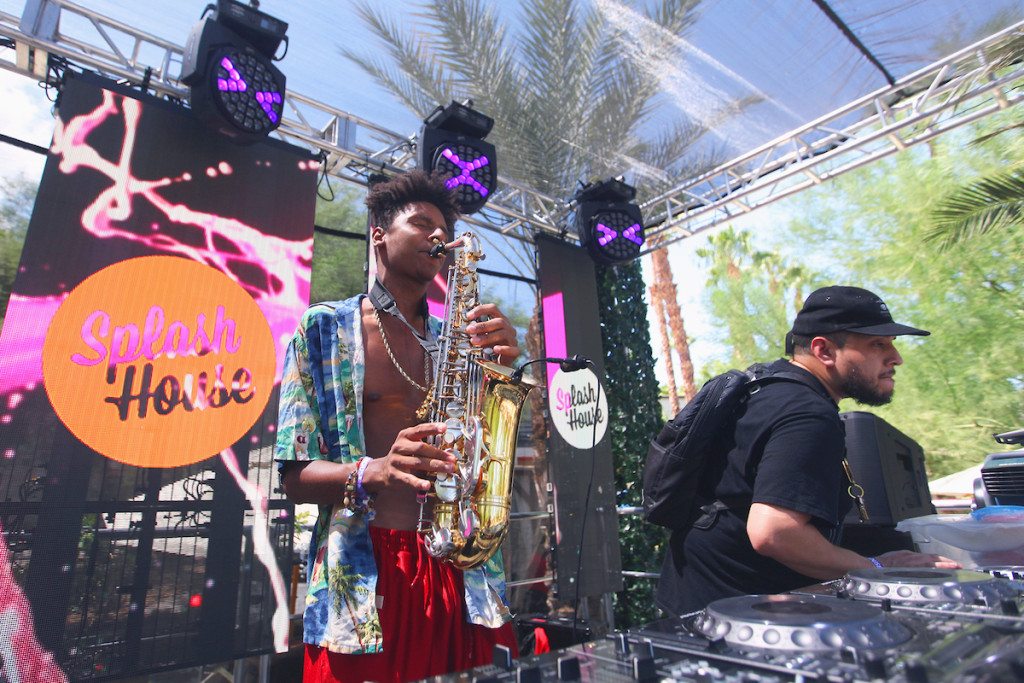 Masego was my absolute priority on Sunday, and he kicked things off at the Riviera right at 2pm. Everything about his live show is captivating, from his impressive skills on the saxophone to his candid engagement with the crowd, I urge you to hop on the Masego train before he blows up. SNBRN was the next artist I was itching to see, so I went back over to the Saguaro and made it just in time to delve into the melodic bass sound that he’s become known for. SNBRN did a great job of getting the crowd nice and rowdy before Bondax, and that’s when the Saguaro pool became a complete s***show. 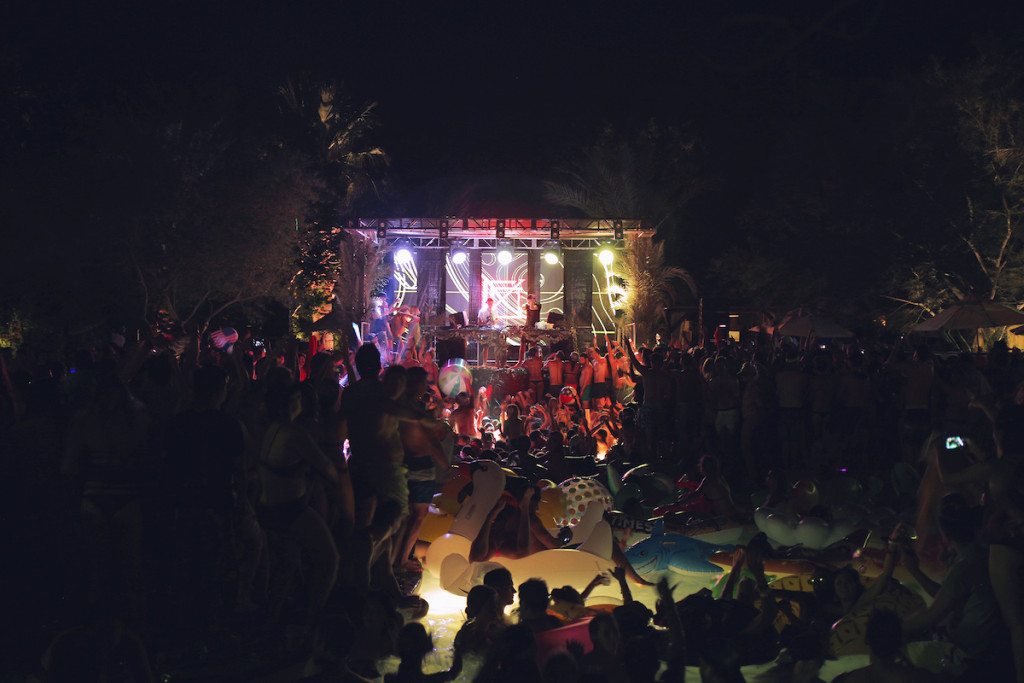 Bondax stole the Sunday show in my opinion, delivering one of the best sets I’d seen all summer long. Warm pop harmonies and thumping bass lines fuse together to create a future-disco sound that makes them one of the most danceable and unique acts out there. I can always appreciate a duo striving to shake up the scene and that is precisely what Bondax are doing. As the sun finally set behind the desert mountains, it was time for the final and most anticipated headliner of the night: Gorgon City. Delivering clean percussion, vocal-laced melodies and select tracks from the upcoming Kingdom, Gorgon put on the sexiest show of the weekend without a doubt. There were no still bodies to be found – the Riviera was overflowing with hyped up Splashers, especially during more UK Garage driven bangers like ‘All Four Walls’, ‘Ready For Your Love’, and ‘Money’. The energy that Gorgon City brings is truly unparalleled – to have them closing out the festival was more than fitting and sent everyone ending their night on Cloud 9.

If you’re eager to quench your thirst with the last squeeze of summer, and you can’t get enough of those delectable house beats – Splash House was made for you. Join us in June for the next round, and stay tuned to the Splash House official outlets for 2017’s lineup drop!