The vibes were ebbing and flowing in full effect as hundreds of heady Coloradoans filed into the massive venue at Cervante’s Masterpiece Ballroom last weekend. Sonic Bloom, one of, if not THE most loved CO festival of them all, will soon be upon us, and there was nothing more fitting to get you hyped for SB than the pre-parties that were thrown on Friday and Saturday night. Headlining Friday was glitch hop prodigy Thriftworks, DC funk masters Fort Knox Five, ‘lovesauce’ champion Pumpkin and more talented artists for us to blissfully groove to.

Taking full advantage of the dual venue action that Cervante’s offers, I took in an incredible night of live art, psychedelic projections and sacred beats as I bounced from Ballroom to Other Side. Per usual, Fort Knox Five tore up the dance floor with their energetic and awesome selection of throwbacks, resulting in the entire Other Side boogyin’ the length of the duo’s set. Meanwhile, Lafa Taylor commanded the attention of the main ballroom, ending up with an overly hyped crowd on his hands before he knew it. The entire building of Cerv’s was vibin’ hard all night, and it was obvious that the Sonic Bloom love was in full effect! The pre-parties definitely unified the field at Cervante’s that night, and it almost felt too good to be true knowing that we had yet another night of Sonic Bloom pre-shenanigans to look forward to. 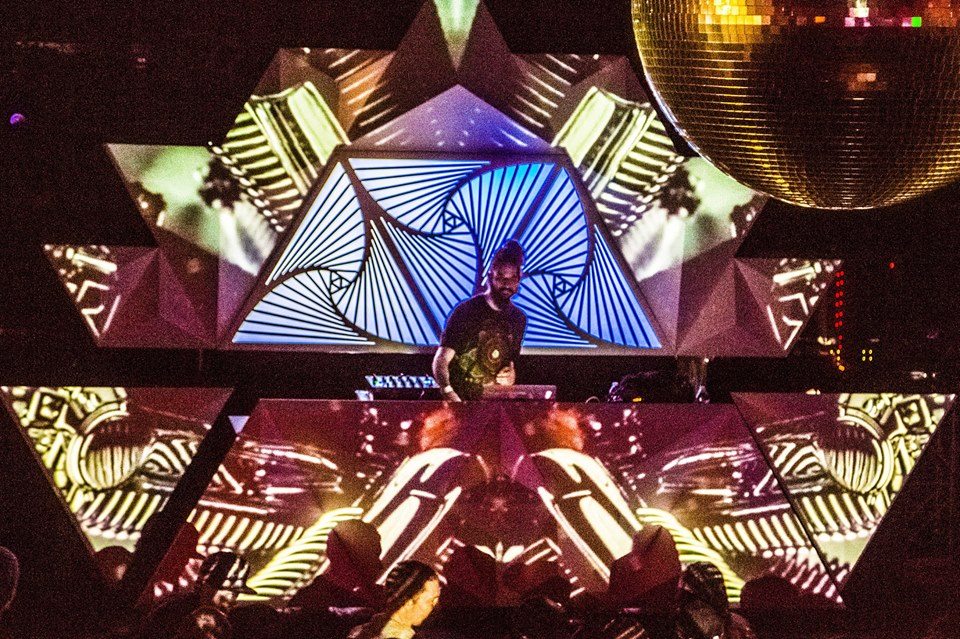 Saturday had an outstanding line-up as well, so the exciting buzz of the first night hit us tenfold when we made our way back to Cervante’s the next night. kLL sMTH, who was just getting started in the main ballroom, performed on a beautiful LED stage that kept our eyes glued, while his rumbling drum and bass tracks had us dancing like mad men. The Atsara stage, as I found it to be called, is an absolutely mesmerizing work of art whose debut happened to coincide with the pre-parties. Designed by Jordan Pickles Leonard, the Atsara glowed radiantly with a plethora of trippy patterns and quirky visuals, giving attendees something to feast their eyes on all night long.

Andreilien, who I first discovered under the name Heyoka, followed up the performance with his unique brand of intoxicating down-tempo, drawing a nicely packed crowd by the time Saturday night headliners Dirtwire were prepared to take the stage. 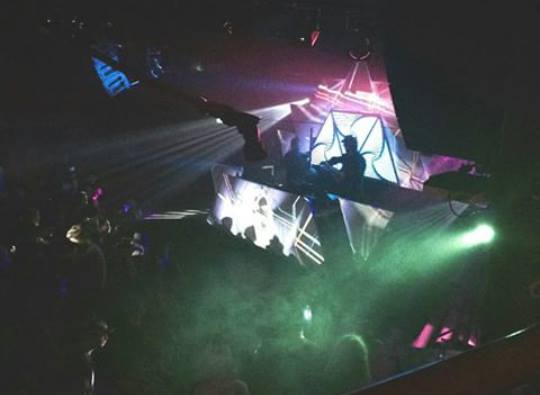 Dirtwire are consistently raising the bar, making them one of my favorite groups to see live. It was clear to see the crowd agreed on my sentiment, as fans peered over the rail to catch the first glimpses of Evan Fraser and David Satori as they appeared onstage. Coasting from the high of their latest release, RipTide, Dirtwire unveiled several new tracks for us to indulge ourselves, as their feverous playing matched the high-energy of the dancing mass before them.

Thinking back on their last performance at Cervante’s, I couldn’t help but notice how much the crowd’s adoration for Dirtwire had truly grown – after the set, fans clamored to the side of the stage in hopes of getting a word or two with the guys, and it was heart melting to see them getting more than they bargained for when Evan and David fully obliged with conversations and ‘selfies’. I left Cervante’s that night truly feeling united with my fellow music junkies and Sonic Bloom family, and the greatest part is that the best is yet to come.

We can’t wait to see you all at Hummingbird Ranch; check out details on upcoming Sonic Bloom pre-party dates on the flier below, and get your fix before June!

Full weekend passes are available on the site, here. 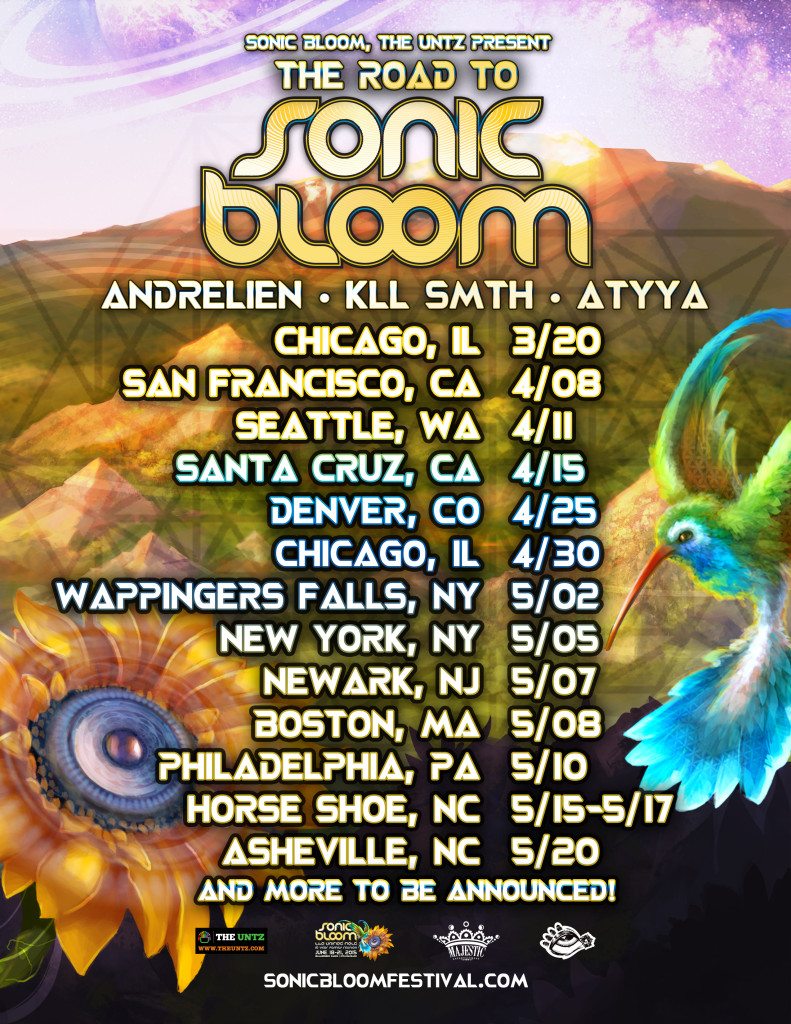