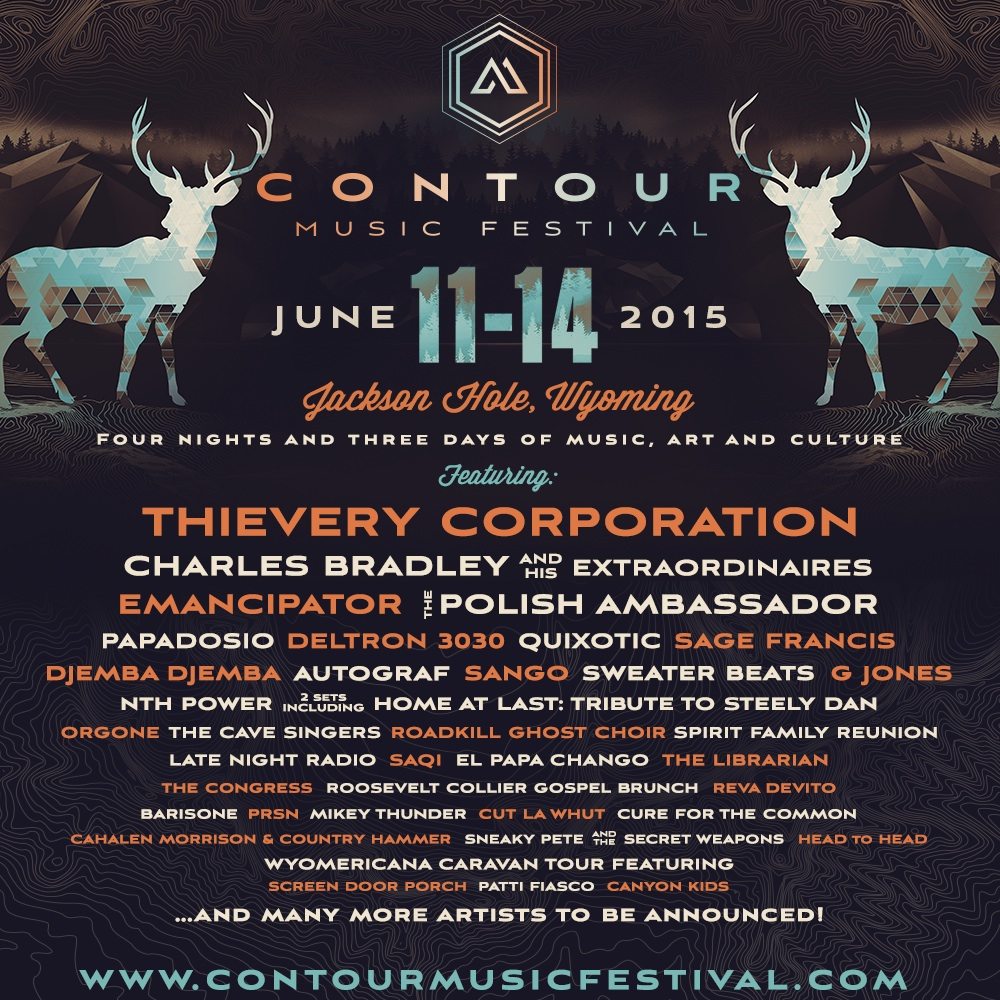 Hailed as one of the most impeccable skiing destinations in the world, Jackson Hole will now add ‘Festival Host’ to their repertoire. Making its debut on the weekend of June 11th, Contour Music Festival is unlike anything that Jackson Hole has ever seen. Reggae-lounge heavy weights Thievery Corporation will be headlining the festival, along with dance floor champion The Polish Ambassador, psych-rockers Papadosio, and ambient producer Emancipator.

Rounding out the eccentric line up will be Deltron 3030, Sage Francis, Fort Knox Five, Sweater Beats, The Librarian, and many, many more. Contour definitely satisfies the music lover in us all by giving a solid variety of genres to indulge ourselves. Not only will there be performances on the main stages, but after the festival ends, there are several late night shows happening in the town of Jackson Hole itself! Begin scheduling your shenanigans on the main site, here. 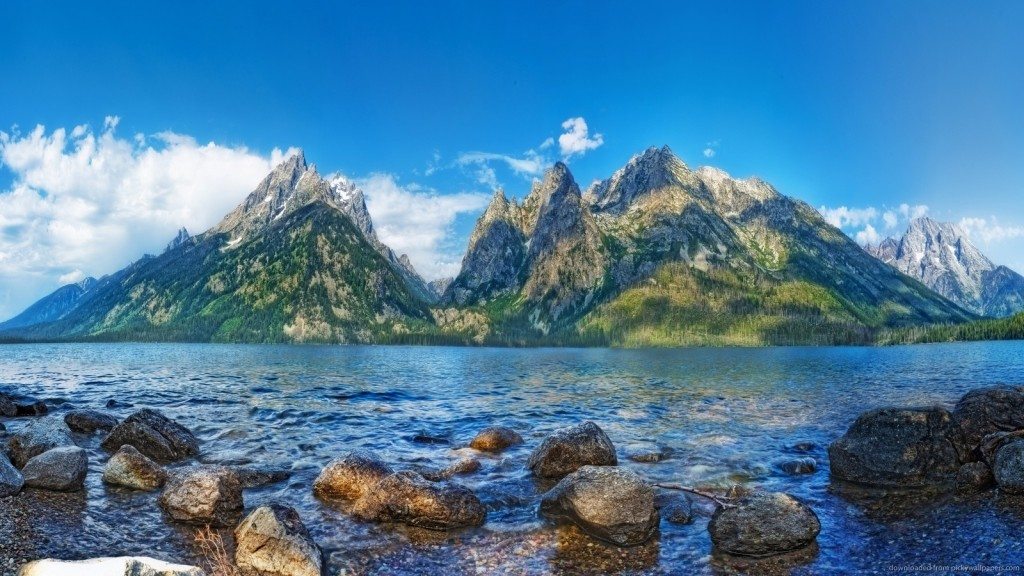 Being apart of a first year festival is truly special, and we can’t wait to finally experience the beauty of Jackson Hole itself! Home to the Grand Teton National Park, the small town’s reputation is known worldwide for it’s magnificent views, dramatic ranges, and amazing snowfall. We’ve already gotten word about taking the Jackson Hole Tram in the Teton Village, which is said to be the best lift in North America. Riding the Jackson Hole Tram offers views of a variety of wildlife and an unparalleled 360 degree view of the Snake River Valley, Grand Teton National Forest, and the Gros Ventre Range in the distance.

Plan your trip and join us at Contour! Full weekend and day passes can be bought through Ticketfly here.