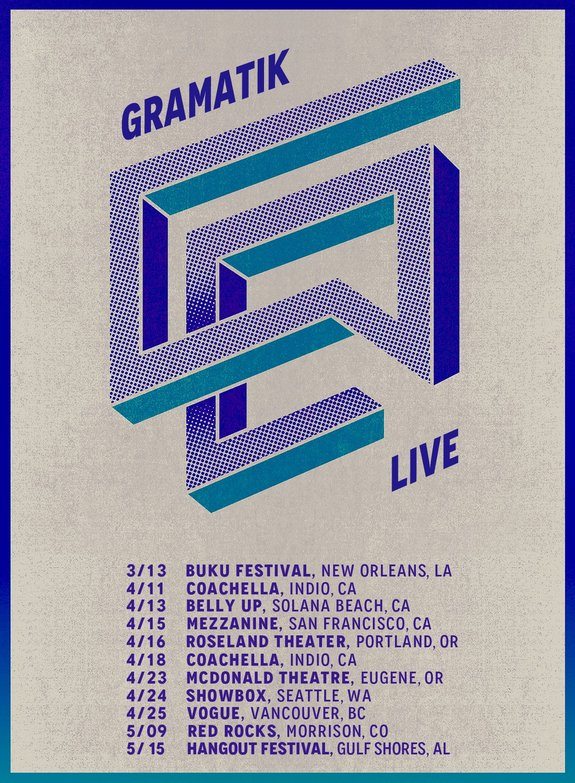 With New Music Monday in full effect over at CYM, it comes as a very nice surprise to see that Gramatik, the electro funk lovin’ pioneer, has dropped a most fitting announcement of North American tour dates for 2015! Noticeably showin’ love to places he skipped out in his last ‘Leave Your Mark’ tour such as Portland, British Columbia, and Colorado, he’s also gracing the stage at several festivals this year to satisfy those travelin’ music fiends out there.

Check out this massive recap video below from Leave Your Mark, featuring guests like Haywyre, Goldfish, Freddy Todd, Slow Magic and more! Tickets for the tour dates following the recap are available exclusively through Songkick.