Last Friday, August 15, 2014, the full Thievery Corporation live band gave a memorably enchanting performance at New York City’s Pier 97.  This show was part of their current tour in celebration of the group’s  newest record, Saudade.  Sixties funk brass ensemble, Lee Fields & The Expressions,  got the evening started with a smooth, soulful jazz session as the crowd began entering the venue. This scenic location is a new waterfront venue, JBL Live @ Pier 97, which, partnered with Live Nation,  has hosted many great musical acts throughout the summer, such as The Fray (July 9th), 311 (July 19th), The Soulshine Tour with Michael Franti and Spearhead (July 21st), and Robyn and Röyksopp’s Do It Again Tour (August 20th). 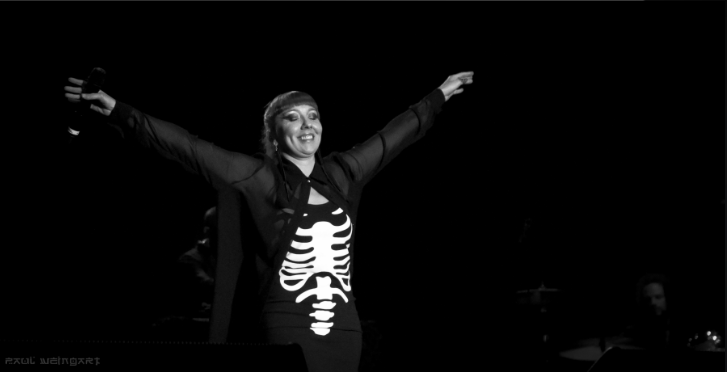 If you are unsure of how to categorize Thievery Corporation, I would have to say the best description would be trip hop-meets-bossa nova-meets acid jazz-meets reggae-meets lounge-meets downtempo electronica.  As a  longtime lover of  Thievery Corporation‘s multi-genre and mult-cultural sound, it was a true pleasure to be graced by their presence, as well as finally hear this eclectic collective perform live.  Opening with “Web of Deception”, from 2011’s Culture of Fear, the band played a few other tracks from this remarkable album, including “Take My Soul”, a passionate and sensual gem performed by the lovely Lou Lou Ghelichkhani.  Thievery Corporation played all of the songs I was hoping they would: “Lebanese Blonde”; a very energetic rendition of “Holographic Universe”; the classic “Richest Man in Babylon”; “Vampires” (from Radio Retaliation, 2008); “It Takes a Thief”; “Focus on Sight” (The Mirror Conspiracy 2000); “Amerimacka” (The Cosmic Game 2005), ; and easily one of my new  favorites from Saudade, entitled “Claridad”, with lyrics in Spanish sung by Natalia Clavier of Argentina.

From the sitar, to the diverse ranges and styles of vocalists, to the impassioned connection with the crowd, a Thievery Corporation live band performance is truly quite exceptional.  Years ago, at age 16, I remember listening to some of their first songs, “2001: A Spliff Odyssey”, “Shaolin Satellite”, and “Universal Highness”,  on my tangled iPod headphones thinking to myself, “Wow, if only I could hear these sounds realized live, instruments, vocalists, and all.” 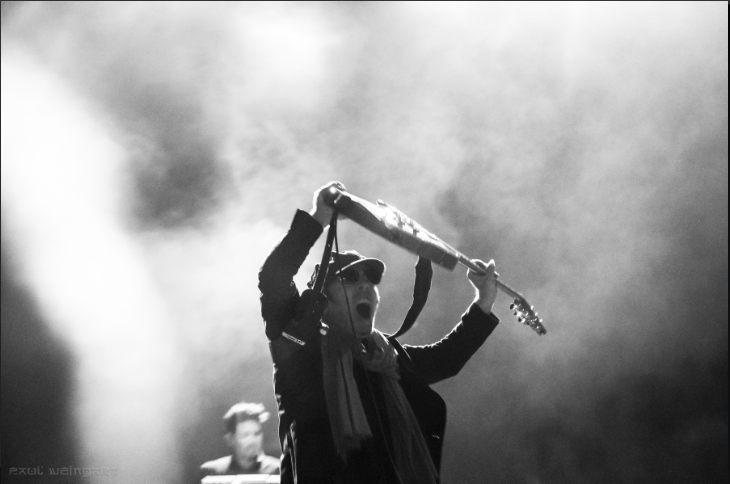 Since then, I turn to Thievery Corporation‘s music to suit many different moods and emotions. Turntable conductors Rob Garza and Eric Hilton also do solo DJ tours, which incorporate nu disco, house, & dance music into selectively-inspired sets.  Whether it’s the full live band, or a solo act from one of their members, any event Thievery-related is one surely not to miss. A little bit about their new album, Saudade, from their official Facebook page:

“Released on their own label ESL Music, ‘Saudade’ borrows its title from a Portuguese word meaning “a longing for something or someone that is lost, a contented melancholy, or, simply, the presence of absence…With each track sung by one of five female vocalists (including longtime Thievery cohort LouLou Ghelichkhani, newcomer Elin Melgarejo, Nouvelle Vague singer Karina Zeviani, Argentine chanteuse Natalia Clavier, and former Bitter:Sweet singer/songwriter Shana Halligan), the endlessly mesmerizing album also features such guests as U.N.K.L.E. drummer Michael Lowery, Argentine singer/songwriter Federico Aubele, and master Brazilian percussionist Roberto Santos.”

Ever the politically-involved group, the most recent move of activism comes from vocalist Lou Lou Ghelichkhani, who has become involved with The Muse Seek Project.  According to the non-profit’s website, the foundation aims to ‘foster inclusion and open up the world of music to Deaf children across the Dominican Republic and the world, through Participatory Action Research (PAR) methods.”

Special thanks to contributing photographer Paul Weingart for the outstanding photos that truly captured the energy of the evening. 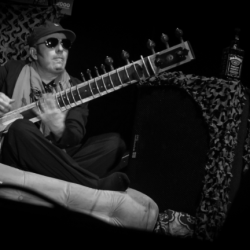 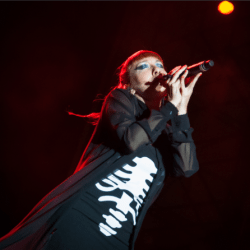 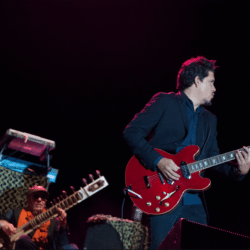 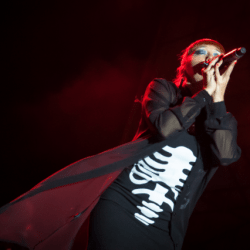 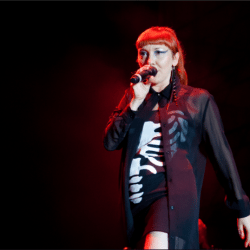 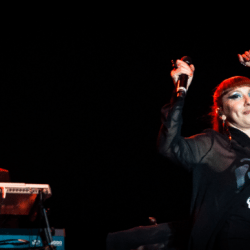 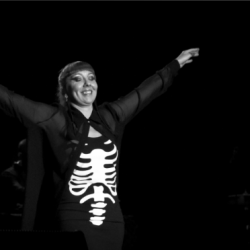 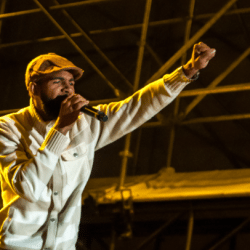 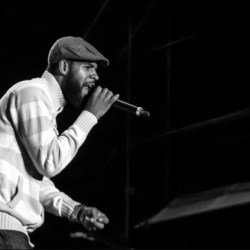 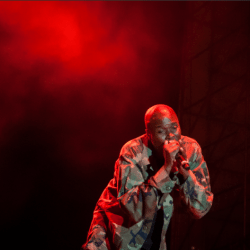 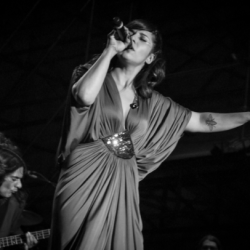 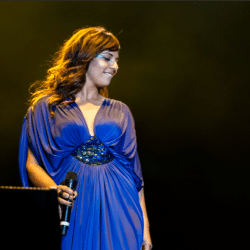 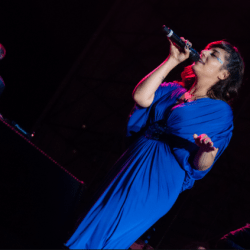 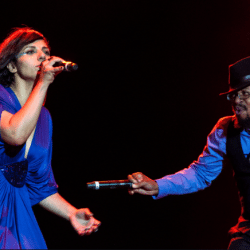 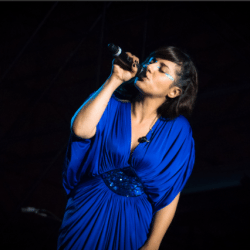 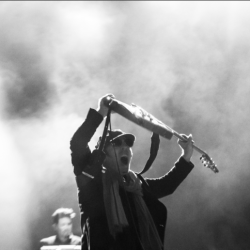 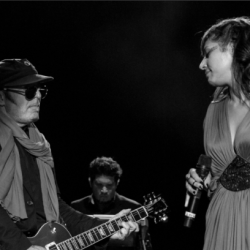 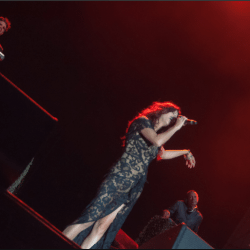 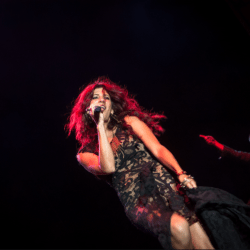 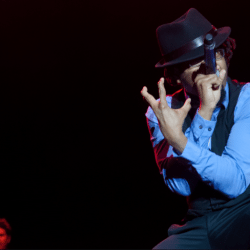 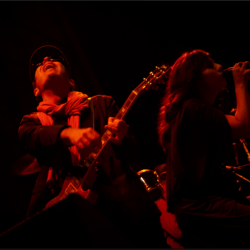 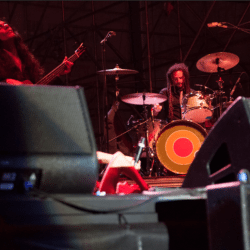 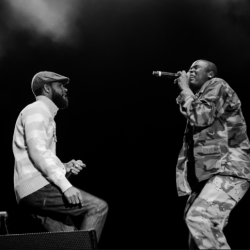 For a complete list of upcoming Thievery Corporation shows, visit the tour schedule page on their official website. Upcoming events at JBL Live at Pier 97 include Lorde with Majical Clouds (September 14th) and Iggy Azalea with Vic Mensa (September 26th).