SCOOTENANNY will forever hold a special place in my heart.  This day-long event, which boasted some of the best up-and-coming musicians Texas has to offer, featured a full spectrum of indie rock & dance acts that surely won’t be beat for a long time to come (or at least until the Fall, in this crazy city we affectionately dub the ‘live music capital of the world’).  Eleven local Texas artists, Neon Indian, The Octopus Project, Ishi, Night Drive, Holiday Mountain, The Black & White Years, Orthy, Corduroi, A.J. Vincent, Learning Secrets & Wrestlers, bands & DJs alike, all converged upon the Historic Scoot Inn in east Austin for a full day & night of music, dance & community.  Complete with VIP hospitality & the best accommodations of any venue on the east side, Scootenanny (more than a fun word) was truly a uniquely Texan experience!

Doors opened early, at 2pm, and the slow trickle of attendees in & out was surely palpable throughout the event.  Some folks came for one or a couple specific acts, while others stuck it out for all of them.  Between 3pm & 2am, with only brief breaks between sets, non-stop music on the outdoor stage drew passersby in from the streets.  Despite the Texas heat, A.J. Vincent, Corduroi & Orthy all got the party started early in the mid-afternoon to a committed audience.  By the time Holiday Mountain went on, a decent crowd was assembled to observe the rest of the shows.

Holiday Mountain, a local electro-acoustic trio that’s played a number of gigs around town in the past year or so, set the vibes for the rest of the evening.  Starting their set at the height of that dreaded late afternoon Texas heat, they were still rearing & ready to jam!  A few attendees who’d retreated to the shade & air-conditioning made a triumphant return when they heard the extra-weird electronic & freak pop-punk musings of Laura Patino & Bradley Will, accompanied by percussionist Zander Kagle.  In the words of a friend, “like a cutting edge new version of Yeah Yeah Yeahs X B-52s,” these three always set the vibe for the shows they play, and this night was no exception! 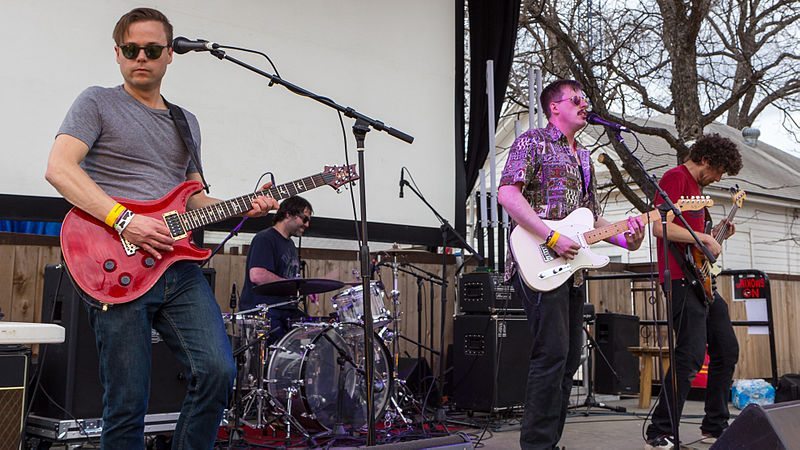 The Black and White Years

Next up, an Austin staple ever since being discovered at SXSW by Jerry Harrison (of Talking Heads fame), The Black & White Years are very near & dear to me.  Their bassist, apart from being a former housemate of mine, is a great friend & multi-instrumentalist in the Austin duo Flavor Raid with the infamous Joe Gee, lays down a mean groove alongside their vagabond drummer upon which two guitars & the unsurprisingly David Byrne-esque lead-singer wrap a unique take on indie art punk.  Abound with insightful & romantic lyrics, each song is a tribute to their dedication to the craft.  They clearly take their musical message very seriously.  The crowd may have been hot & sweaty, but the music kept us cool! 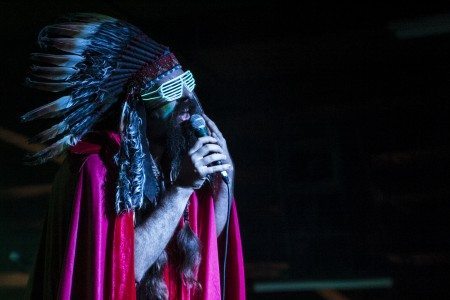 Ishi played the coveted sunset spot, when the sun’s heat began giving way to the nearly full moon.  Featuring guest accompaniment by soul singer Betty Paige, Ishi’s eccentric lead singer brought the most sensual performance of the evening.  Voices that fully enrapture an audience, and fun, inspiring lyrics make this group a sight to behold, until you experience the gentle pelvic thrusting of a man in tights & a mumu.  Weird as can be, it’s a surprise they are actually from Dallas!  Either way, nothing was lost in translation during Ishi’s unique fusion of profound lyricism, electronic grooves & instrumental jams.

Appropriately, night fell upon the band known as Night Drive, an interesting outfit of electro-pop, ‘future wave’ hailing from both Houston and Austin.  An assortment of captivating visual projections filled the stage as the lead-singer delivered a high-energy performance to keep the dance party going.  A small but dedicated audience was moved front-and-center beyond dusk & into the main attractions!

Finally, the veritable headliners of the event & long-time local fusion, indie electro-pop favorites, The Octopus Project took the stage, performing the best hour of Texas music I have personally experienced in a very long time.  Previously impressed by this group on any number of occasions, my expectations were certainly high, and they did not disappoint.  Exchanging instruments more times than I could even count, every member of the group has a ton to offer.  The lead-singer/songstress & multi-instrumentalist of the group exhibits exquisite poise & control while performing probably some of the most intricate, complicated & mind-bending music this side of the Rockies.  Between an intoxicatingly energetic drummer and two guitarists trading instruments, her vocals, keys & Theremin are absolutely phenomenal.  My favorite instrument to watch, a Theremin is truly a feat to behold, and this evening will forever be remembered as yet another time I fell in love.  At one moment noisy, the next melodic, these guys present a fully dynamic musical experience like no other in Texas. 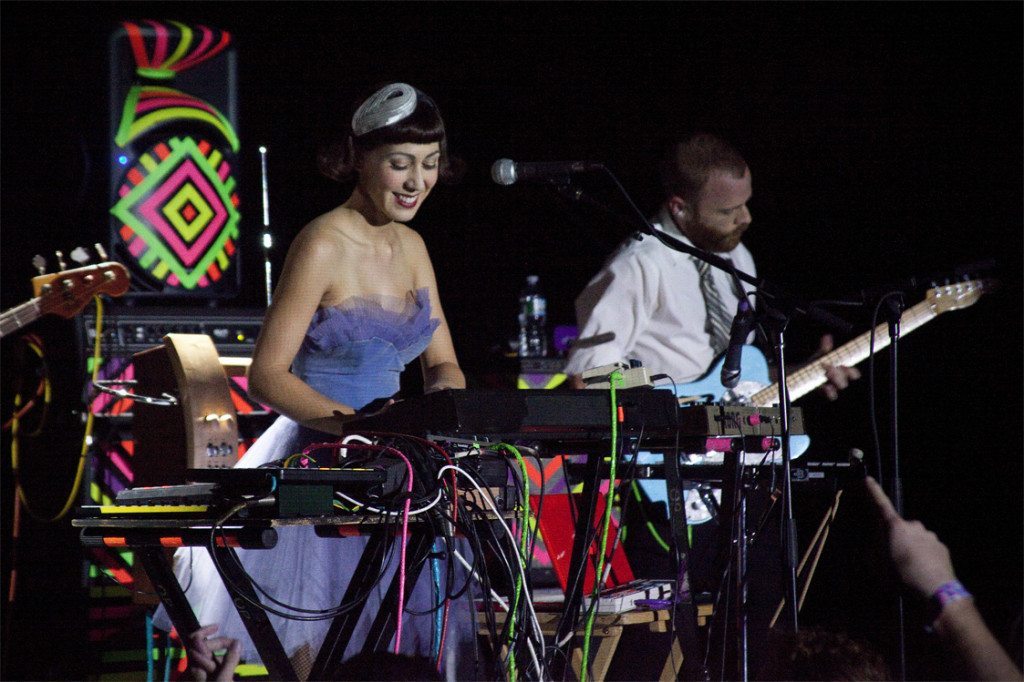 Lastly, Alan Paloma, lead-singer & songwriter of the outfit known as Neon Indian, eventually closed out the main, outdoor stage before midnight with a fittingly danceable DJ set.  Leading into two other electronic DJ acts on the indoor stage, Alan kept the energy & vibes on high—no easy task after The Octopus Project.  By midnight, folks were dancing right on indoors to still more easy-going, late-night beats.  With Learning Secrets & Wrestlers (formerly known as Bagheera) rounding out Scootenanny, a sweaty & satisfied crowd dripped out of the Scoot Inn with smiles aplenty & memories galore!