by Compose Yourself Magazine
on March 21, 2014
under Interviews, Live Music Coverage, Rock
tagged between the buried and me, dan briggs, grand prairie texas, live music, metal, progressive, rock, south by so what
∞ Permalink

When it comes to the modern world of heavy metal and progressive rock, Between the Buried and Me are heavyweights. Famed for their signature style of technical metal and long compositions, they’ve held their own as being one of the most talented bands in the scene since their inception back in 2000. Between playing sold out shows around the world in support of their latest release, The Parallax || : Future Sequence, the band is also in the works of producing a concert DVD consisting of a live performance of the new album from beginning to end, complete with guest musicians. BTBAM are a band that continues to raise the bar within their own capabilities, as well as setting the standard for new bands in the game. During their stop in Texas for the South By So What?! music festival, our contributor Rey Munson was able to grab a few minutes with bassist Dan Briggs before they took the stage. 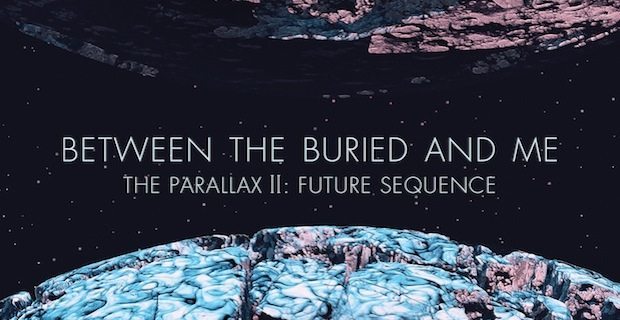 CYM: First off, where did the name Between the Buried and Me come from?

Dan Briggs: A Counting Crows song, called ‘Ghost Train’. The band was named a couple years before I joined of course. The song is pretty haunting and the line is open for interpretation.

CYM: Who are you some of your personal influences that you brought into the band?

Dan Briggs: I’m stuck in the 70s. Frank Zappa, Yes, early Genesis, Gentle Giant, and a lot of that has early roots in progressive rock. Those influences were what I was bringing into the band, and when I joined, our drummer and rhythm guitarist had just joined as well. So ⅗ of it was new. We wrote the album ‘Alaska’, and it worked, but it was a little awkward you know. Five relatively new people in a room together trying to be creative. [laughs] But we really gelled with the record Colors, I feel like. Since then its been steady progression.

CYM: BTBAM is known for writing long compositions and it isn’t unusual for your songs to go beyond the 6 or 7 minute mark. Would you contribute that to your aforementioned influences? How would you say you’ve evolved with that style?

Dan Briggs: Well I was influenced by all these old progressive bands, and it wasn’t uncommon for bands like Genesis to have a song that was like 20 minutes long, and at that point its almost viewed as a classical composition. Not verse, chorus, bridge; it happens like landmarks within a song. Then the song gets split up into movements, like a classical piece. Overall, there’s a bigger game plan than just building on riffs. The evolution comes in us becoming better songwriters as time goes on. Writing these long songs and dense conceptual albums, the whole thing is to make it flow really well. To be more conscious of how you’re writing and what each part means within the song or in the context of an album. It’s something that’s natural for us, we surround ourselves with music that is written like that.

CYM: How would you describe your show from a visual standpoint?

Dan Briggs: Visually we usually have video projection going and sequenced lights, but today it’ll be toned down because of the windy conditions. It’s important for us playing an hour and a half or whatever, to really have more to it than just the music. When we play live we’re trying to replicate how it is on the record, as far as technical proficiency and really nailing things one hundred percent. That might not always be the most exciting thing to watch, especially if you aren’t a musician. So we like to add in the extra sensory overload stuff for people.

CYM: All of you have a part in the writing process, so how does that usually go?

Dan Briggs: This last record was a little different. I wrote 3 songs fully, our guitarist wrote most of one, and our keyboardist came in with a fully done song. That was the first time that something like that’s really happened. Usually it goes, there might be a part or sequence that’s floating around in our heads, and we’ll build off of that. When you’re writing in terms of an album, where each track kind of flows into a story, it’s a little easier to me. I love writing like that, long form process.

CYM: How do you keep your memory sharp with remembering all of BTBAM’s songs? Especially since you’re in two other groups, you’re basically constantly writing.

Dan Briggs: It gets a little difficult, for sure. I mean we wrote some crazy stuff, like back on Alaska or Colors. But for every record I write, I put together a song book that I sell. But I honestly make it for myself. There’s just less and less room in my brain the older I get, and I want to be able to throw out the old stuff to make room for new material. Remembering songs for a tour is all through rehearsal and practice. Measure by measure. It’s almost muscle memory at this point [laughs]. By the time you’re on stage, you want to be at the point where this is happening but your mind can wander elsewhere. Thinking about food post show, or you know, if there’s a basketball game on, whatever. It’s nice to know ‘Oh yeah, I’m still playing!’

CYM: What’s the lowdown with the new DVD you’ll be releasing?

Dan Briggs: We’ll be playing the full record, and we’re doing it pretty stripped down and different than our last concert DVD. This one is gonna be just us set up at a really nice studio in North Carolina, an old school control room. It’s just the five of us playing the record all the way through as if we were rehearsing, but with all sorts of auxiliary musicians, string players, percussionists, etc.

We’ll have a lot of extra material to bring this album alive but it’ll be very intimate and different. It’s something we’ve wanted to do, something cool for the fans. Stripping away the lights and shit, just us in a room playing music.You don’t get that very often anymore. That’s what’s important to us. We did the record in America and Australia, but we didn’t get to do it in the UK or in Asia, so this gives people a chance to see it no matter where they live, and that’s pretty awesome to us.