by Compose Yourself Magazine
on September 4, 2013
under Electronic, Indie, Interviews, Live Music Coverage, South
tagged artist interview, austin, event review, live performance, red bull sound select, roger sellers, texas
∞ Permalink
By Brooke Stalker
Turning the turbulent tide of a crestfallen crowd is no doubt an upstream… shit man, more like an up-waterfall battle. And yet Roger Sellers was able to do so. Executing a performance with such finesse, he produced a momentous vibe. Transforming the dazed crowd into a mass of utter jubilation. This feat alone may seem tough…. And as honorable as this is don’t end your reading here.   Lend me your ear, I speak not a fable. The Struggle Gets Real.  I give high sign by the end of this article you will undoubtedly find yourself pouring with respect for Monsieur Sellers, as I myself am. 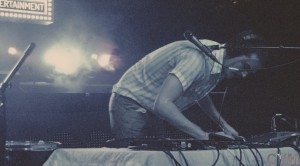 Without much guess work I can assume that the majority of my readers are puzzling over the struggle tid bit earlier on. However, this isn’t an easy subject to dive head first into, I hope you all take a particular regard on the story you are about to experience. I will delicately lay the foundation of the happenings leading to the show on Tuesday.
The Thursday night prior to the show Roger drove to San Marcos to meet up with his band mates to play at a venue that evening. Arriving in town, he never envisioned he was about to be struck with paralyzing news. A highly treasured friend of his passed away with no rhyme or reason. His true colors shining through Roger Sellers and his band performed with a presence so full of heart and soul, the crowds’ eyes were flooded with tears. The next two nights manifested into a recollection of all memories shared. 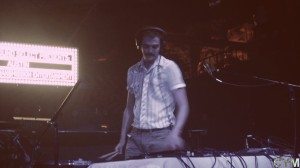 A mere five days, is in no way enough of a time lapse to be fully recovered after such a devastating loss.Luckily for myself, along with every other person who was blessed to attend the show, Roger did not cancel his performance at the Mohawk.

As I mentioned earlier the show got off to a bit of a rocky start, the artists on prior to Roger Sellers is a group by the name of “Technicolor Hearts”.Due to some array of technical difficulties their set lasted a mere fifteen minutes. As one would expect the crowd became a bit uneasy as an awkward silence vibrated throughout the crowd. Could this be the turning point along this downtrodden path? Stage manager, Josh Siebert, set up Roger’s equipment including everything from drums to cymbals to his Boss RC-50 with utter perfection. The lights dim, the crowds’ anticipation vibrates through the humid Austin air, as Roger steps onto the stage he turns on his system. Well damn, this turning point was merely a detour, back to the unexpected. Booting up his system, Roger is faced with the fact that none of his pre-recorded loops are there. All that he had prepared for his set tonight has disappeared into some obscure black void. Could this possibly be his breaking point? Will he give in to defeat, or confront this reality, creating something entirely fresh off the dome?

And what a dome this gentleman has. 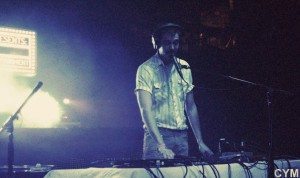 It is a rarity for music to take on such an unreal facade. Let me explain this feeling, it’s when your hairs stand on end, you feel the wind glide along your skin, bumps rise as shivers creep down your spine. No longer are you listening to uninvolved music, but the melody illuminating with the artists emotions, are coursing through your veins. Roger Sellers faced innumerable challenges leading to the epic night where he shared the stage with Tobacco. Without a second thought he persevered through it all, valuing every minute out of every moment, making each one entirely worth it. All of the emotion from the past few days had transcended into a musical performance that will live with me forever.

I’d like to give a special thanks to Roger Sellers for giving a beyond stellar performance.

Learn more about Roger Sellers and listen to his music by checking out his pages! 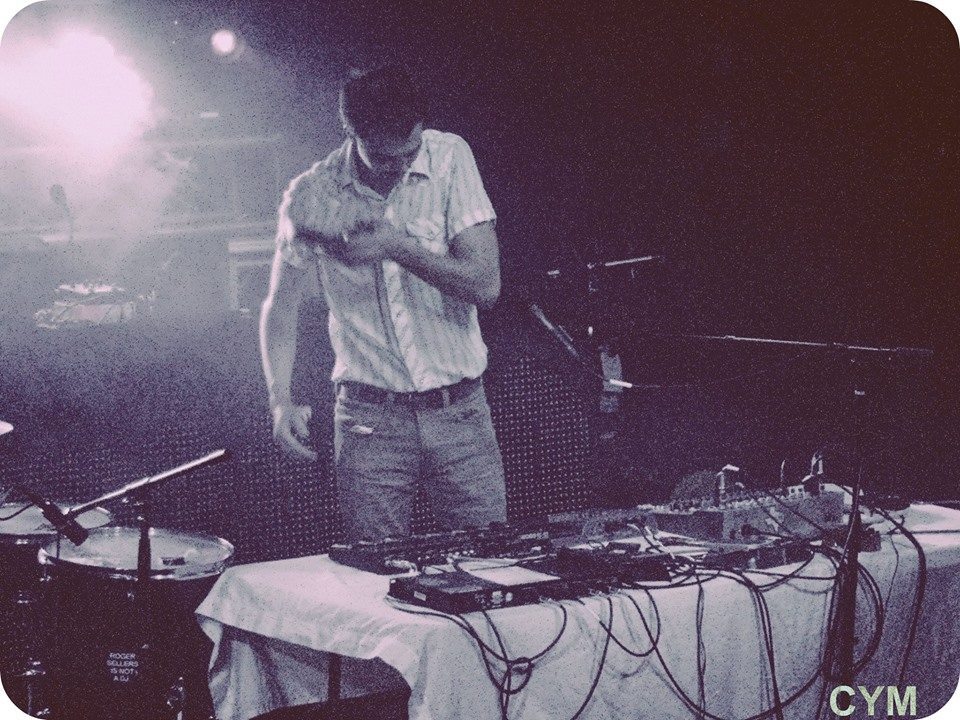