“From Ego Death to their latest release Hive Mind, The Internet prove that they can pretty much do anything.”

It’s their first album in three years and yet it feels like The Internet have stepped back in time. The cover of 2018’s Hive Mind looks like an 80’s hip-hop record and each track is bursting with funky, old-school beats. With the drum grooves laid down, Matt Martian’s lush chords twinkling in the background, Patrick Paige II’ darkly sweet basslines and Syd’s husky vocals you’ve got that unmistakable sound that got The Internet a Grammy nomination for 2015’s Ego Death. 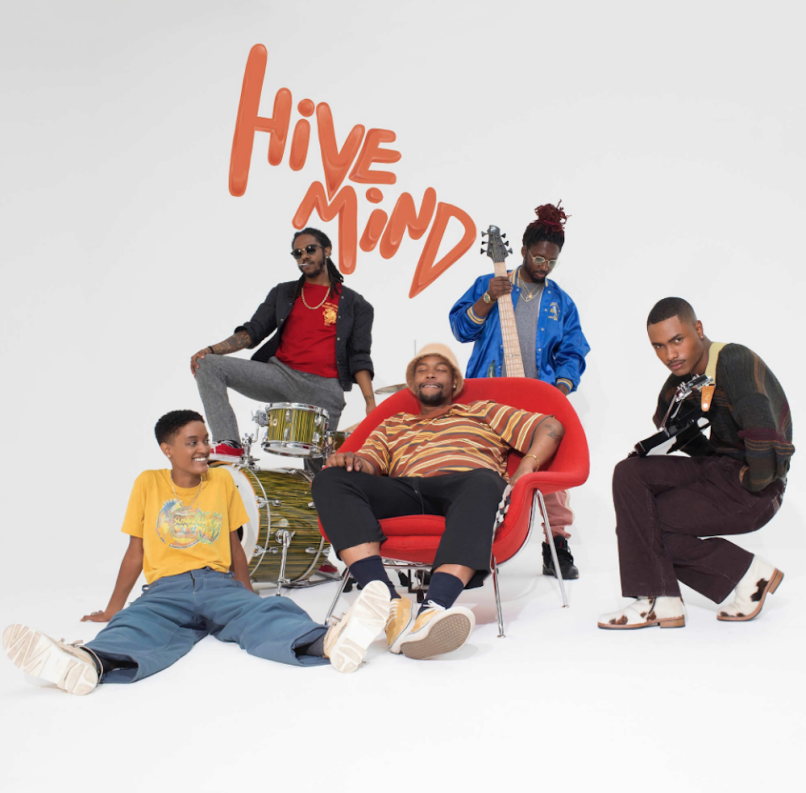 With the extreme popularity of Ego Death, you could guess that the band would go one of two ways: into the mainstream or, further into the creative eccentricities that shaped their sound in the first place. Of course, The Internet went the latter direction: exploring the dips and curves of what a song could be, and giving space for each musician to really shine. Hive Mind delves into the funkiest corners of the universe on tracks like “Roll (Burbank Funk)” and reaches into the heart with some gorgeous spoken word on “It Gets Better (With Time)”. The final track “Hold On” is quite possibly the sexiest song that The Internet has ever created.

Syd’s vocals hover like smoke over the space that the rest of the band has created: a soundscape that touches on multiple genres: we hear 80’s psychedelic synths, funky basslines and good ol’ R&B chords. Individual personality is inextricably intertwined throughout Hive Mind: with every sound, we encounter both youthful spirits and old souls.

The unique personality that the album possesses probably has something to do with the fact that in the span of a couple years, three members of The Internet have enjoyed successful solo careers: Syd’s 2017 debut album Fin saw a more trap-influenced persona.  Matt Martian’ The Drum Chord Theory saw an exploration of DIY electronica and in Steve Lacy’s Demo, the band’s guitarist is able to bring his sweetly nostalgic vocals out of the background.

[Stream the album on Spotify]

All in all, The Internet’s latest album is pretty perfect. It’s lush and sexy when it needs to be, explorative when the music calls for it, and is all around dope. But it leaves me wanting more. It makes me feel like they’re not done for the year, that Hive Mind isn’t the only sweet honey we’ll hear from the band.

Want to see this band live? Catch The Internet at this year’s Outside Lands Music & Arts Festival (SF, Aug 10-12); AFROPUNK Music Festival (Brooklyn, Aug 25-26) at Trillelectro Festival (Columbia, MD Sep 22) and at many more events available on their website.