Just three songs into the night, Getter raises the mic and calls for a mosh pit as he gestures at one section of the crowd. And like some messiah, the sea of people standing directly in the gaze of his finger began to part into a neat circle before chaos ensued as blurs of bodies rushed in, shoving one another as those around them thrashed their heads back and forth encouragingly.

This was the level of energy present throughout the whole night, and its festering was evident before Getter even took the stage. The producer’s introduction was marked by green lights highlighting the stage as a familiar piano melody played, which was almost reminiscent of an 80s sitcom theme song. The crowd would not settle for the down tempo and began to chant “GETTER,” “GETTER,” “GETTER” to hasten the appearance of their underground bass hero.

Acknowledging the crowd, Getter emerges from the haze of the green lights and swiftly delivers a heavy drop that sends the warehouse violently shaking their heads with the music. 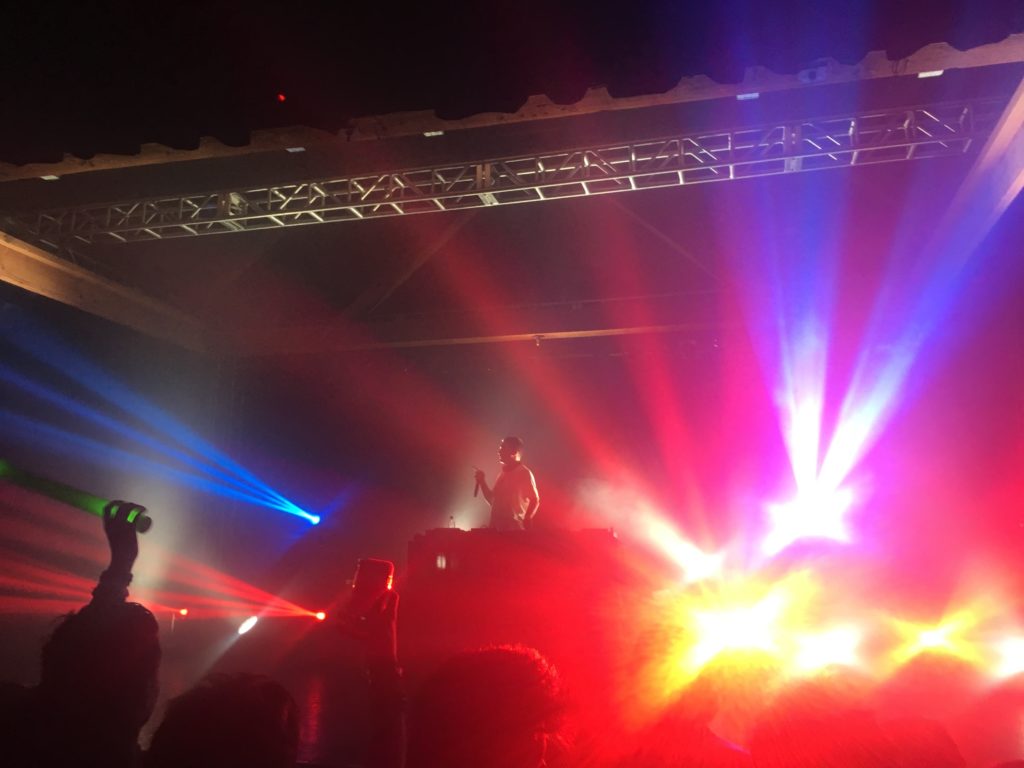 The energy of his set was permeated by heavy dubstep tracks that had the warehouse bricks rattling loose. The venue favored a minimal production set and missing is the visual screen that’s usually prominent during edm shows, but the warehouse setting of the Showbox SoDo, with its wooden beams overhead and industrial architecture, made up for its absence by providing a space whose aesthetics  and acoustics resonates with and compliments the underground identity of Getter. No big production was necessary, this event emphasized diverting the senses into the music solely.

Getter played dubstep tracks interlaced with trap and heavy metal at times, his slowest track of the evening was Ookay’s “Thief” which even then, he remixed heavy drops into. The crowd was teased as Getter played a few seconds of “Inhalant Abuse” before cutting out the sound. Whether intentional or accidental, the crowd was dismayed before being lifted back up by an amused Getter who proceeded to play one of his most beloved tracks.

The majority of the crowd donned contemporary EDM rave attire, with some incredibly creative outfits here and there. A poor gentleman opted to wear a giant panda head for the evening, and was no doubt overheated in the sauna like atmosphere of the packed warehouse as he bobbed around dancing. Overall for being a heavy dubstep show with various mosh pits occurring through the warehouse, the crowd was respectful of one another and lent hands when others needed to pass through the crowd, although one crowd member guided me directly into a mosh pit before I realized what I had stepped into and was assisted to my destination at the other end quicker than I anticipated. 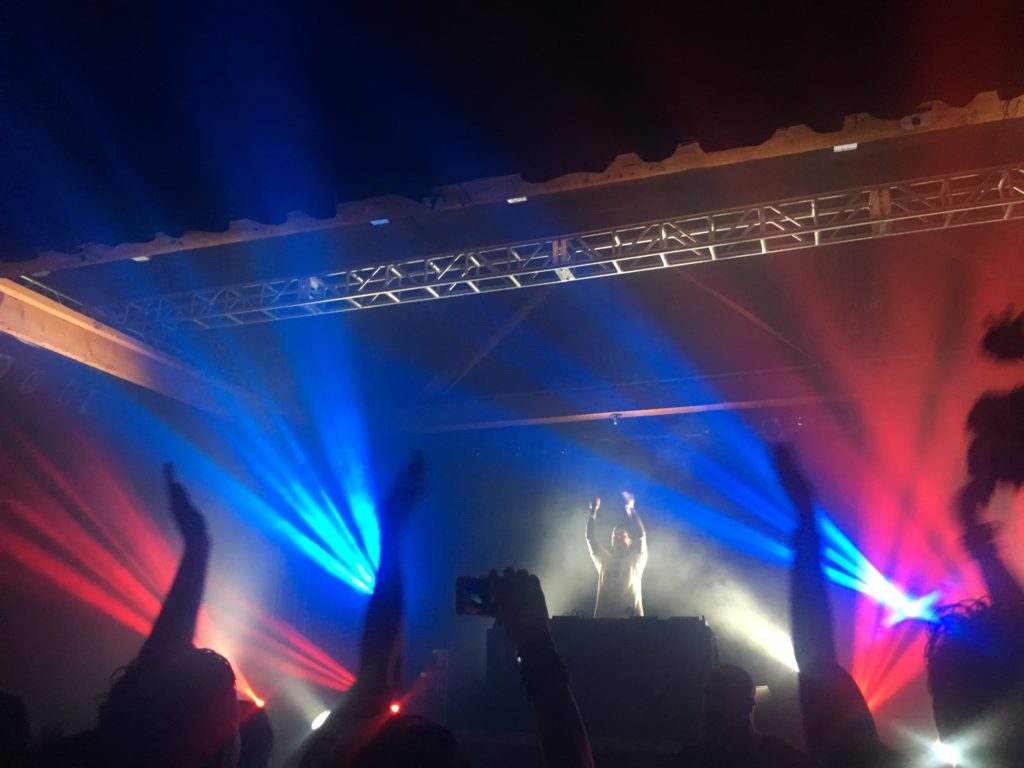 The titular track of the tour, “Big Mouth,” embodies Getter’s unique style and ability to build up hype for listeners into a heavy drop that retreats to a more chill repose allows listeners to regain their footing. While his other new track, “Solo,” is still dubstep heavy, its more chill through line is contrasted with the hype through line of “Big Mouth.” Getter concluded his set with his remix of Pink Guy’s “Fried Noodles” in a departure from the heavy dubstep that was prevalent all night. Before the sweat had cooled, the crowd demanded an encore and Getter closed out the evening in his hip hop moniker, Terror Reid. The Big Mouth Tour concluded in Seattle with “Who Dat.” A track that creates the intimidating image of his menacing alter ego and his violent disposition in obtaining his goals. The Big Mouth Tour found a warehouse jam packed full of supporters, which Getter rewarded with an energetic performance that may have shaken a few screws loose from all the low frequency subwoofer abuse.