If you haven’t heard some mention of the Oregon Eclipse Gathering yet this season, you either aren’t hanging around the proper festival friends or you are living under a rock. Either way, there is WEEK long gathering happening August 17th-23rd in the middle of the Ochoco National Forest at a private ranch called Big Summit Prairie in Central Oregon. A space of 55,000 acres boasting flat campgrounds, huge forested areas and a 52 acre lake (SWIMbiosis to an entirely different level, anyone?!). The property is a whopping 16 miles from the nearest neighbor so we are allowed to be as loud, proud and free as we need to be!

It is hard to describe the immensity of this gathering and the incredible meaning it holds for this rare and sacred astronomical phenomenon. A total solar eclipse is a magnificent happening totaling part cosmos, part mathematics and part breathtakingly beauty. An occurrence that eclipses the entire soul, body, mind, earth and all of the cosmos and demonstrates the magical nature of our world.

This gathering is more than a music, more than an event, more than just another festival: it is seriously the first of its kind, a collaboration of over 11 international transcendental festivals hosting an entire week of interactive creative space for people from every type of background to come together to forge community, space and bond like none before.

Let us start with 11 collaborators curating this mind-blowing and seemingly unreal event:

I am not going to delve into all of these amazing festivals, because I could write for hours on each of these individual gatherings and tell you how amazing they all are, but instead, just begin to imagine the greatness these huge events TOGETHER will bring into fruition.

Let us now just think about this fact of the matter. SEVEN DAYS, SEVEN STAGES, SEVEN INDIVIDUAL LINEUPS FOR EACH STAGE. WHAT?! HOW?! BLESS THE FESTIVAL GODS! The seven stages break down like this with their perspective musical lineups. 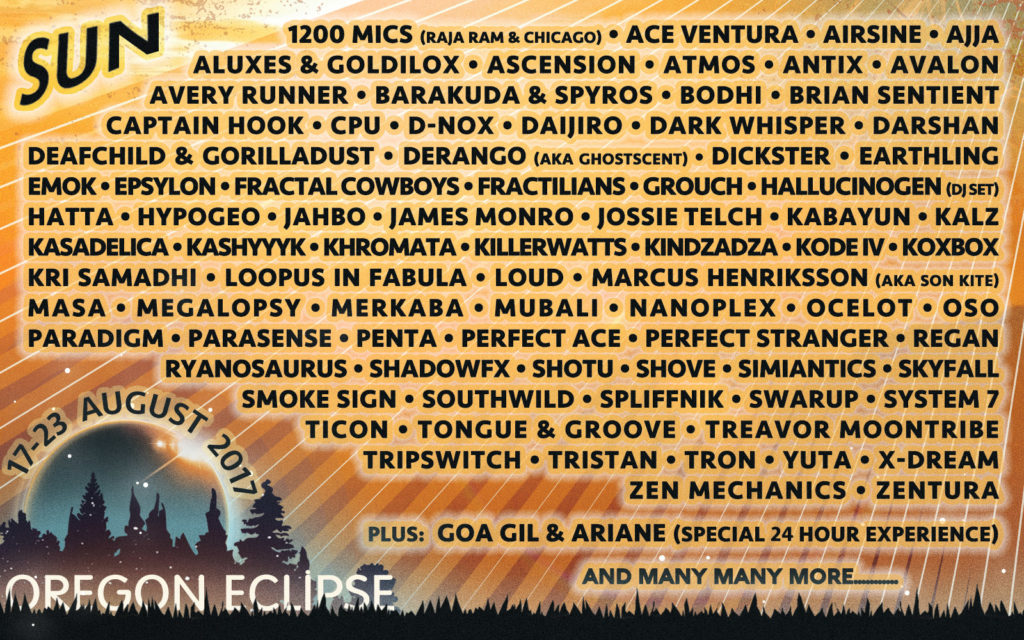 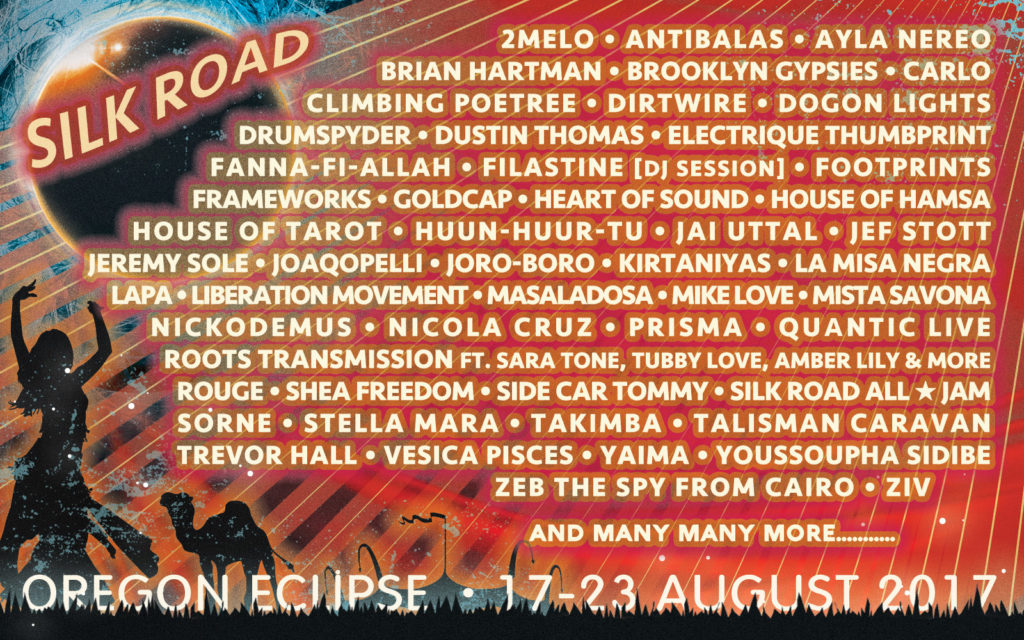 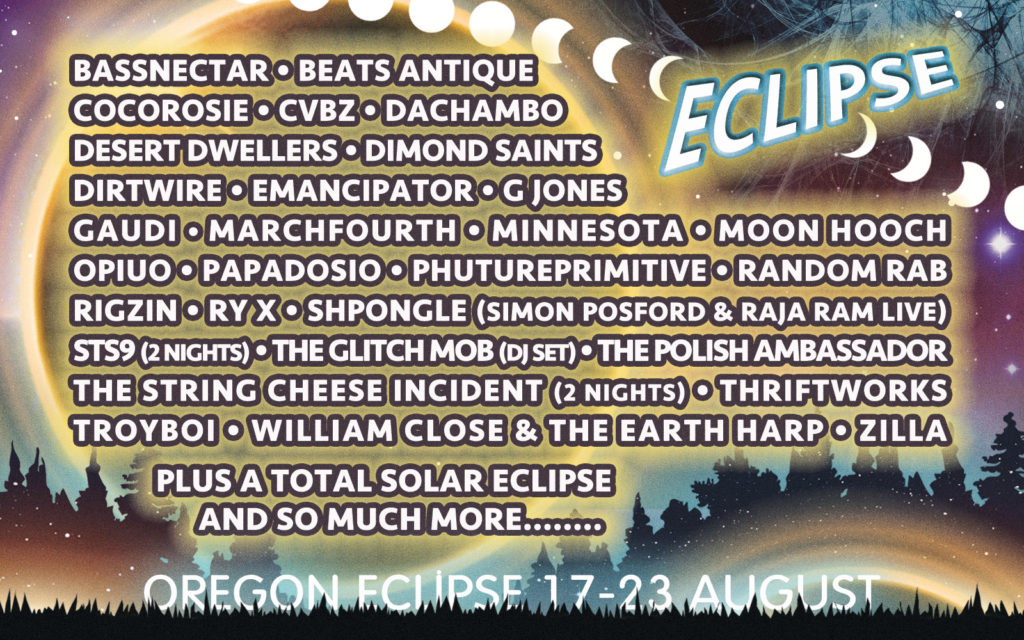 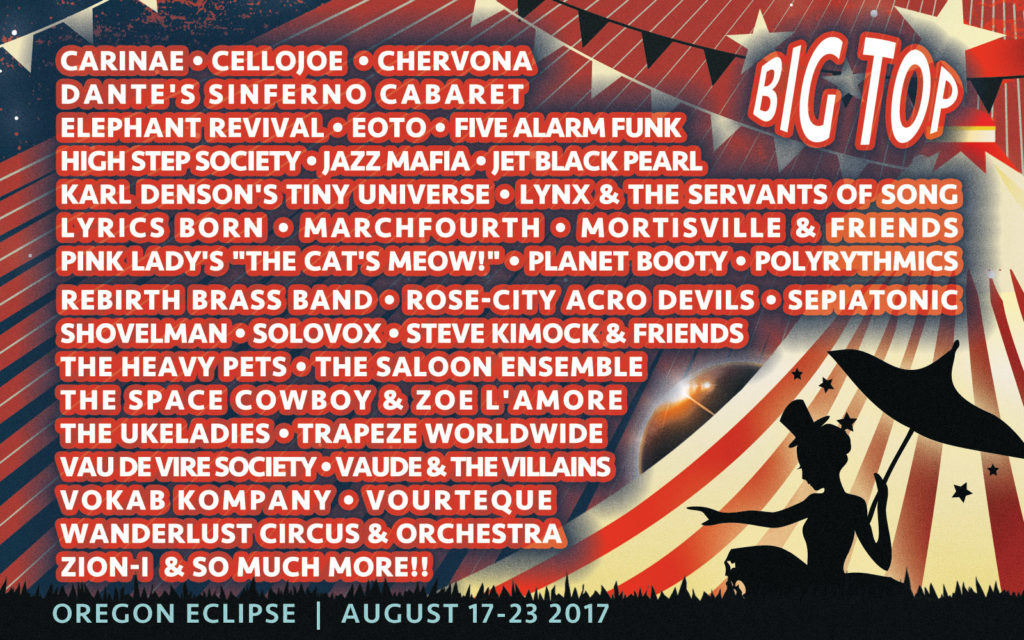 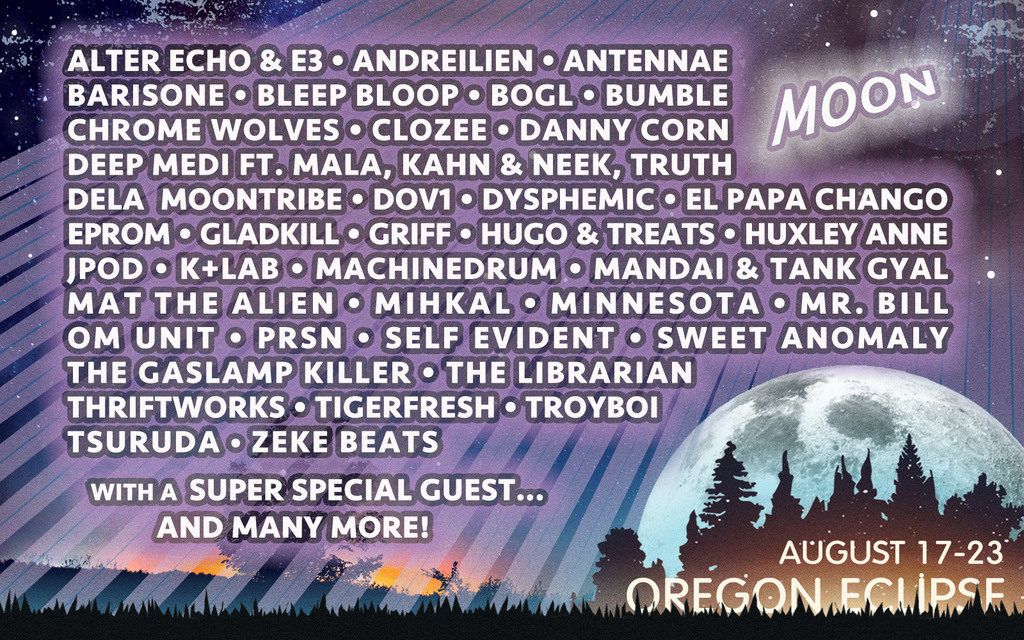 I cannot even begin to break down the majesty in the music that will take place within the sure to be best week of our short, physical lives on this earth. The music is just an added bonus because on top of the seven stages, there will be a plethora of workshops, yoga, dance classes, art installations of all types, the best festival family you could envision and a total solar eclipse to top it off.

Good news for you! There is still a LOTTERY until April 20th to score your experience pass (all of the previously tiered tickets are looooong gone). The lottery is $420 and you can find all the information here. I have a feeling this is going to be something grander and next level to Burning Man (Yes, I said it!) so do not miss out. I keep telling people this, but everyone will be there. Will you?