When we first peeped the lineup for FYF Fest in L.A., to say we were blown away is a bit of an understatement. Eclectic headliners Missy Elliott, Frank Ocean, Nine Inch Nails and Little Dragon launched our hearts into our throats and rarely touring artists like MGMT, King Krule and The Faint had us mentally checking our bucket lists. Flying Lotus, Bjork, and Nicolas Jaar are sure to provide brain-tickling performances over the weekend as well, and there’s an entire slew of smaller artists who will get ample time to shine during the FYF weekend.

Personally, we’re confident in saying FYF Fest has the most diverse lineup we’ve seen all year. 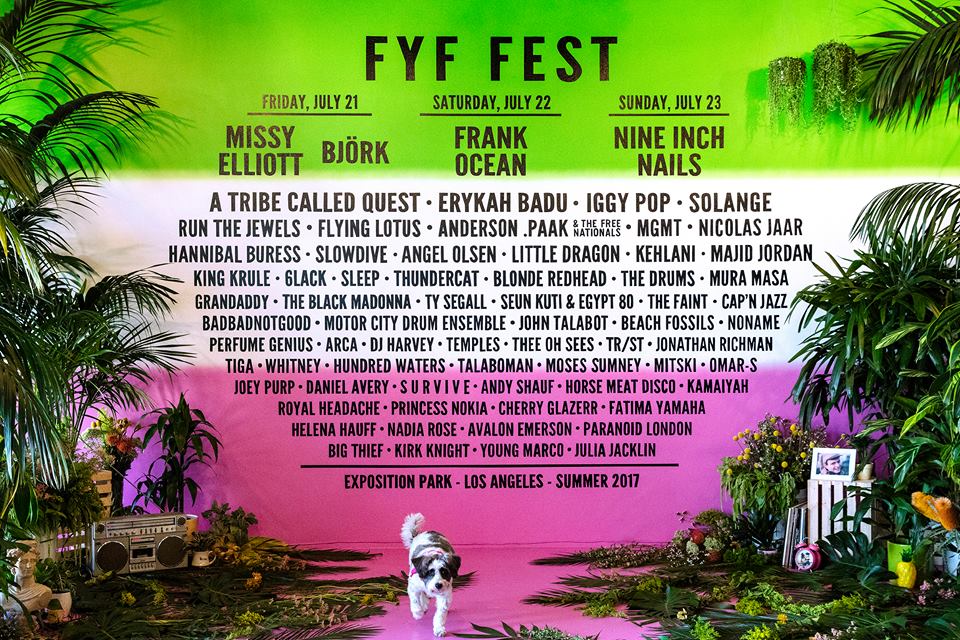 Need more convincing? This is Missy Elliott’s only performance scheduled for 2017, so you know this is something not to miss. If you’re already on the west coast you’ve got no excuse and if you live far regardless, it’s the perfect excuse to book a flight. – this is set to be a weekend in L.A. you’ll never forget. Tickets will be available tomorrow morning, March 24th at 12pm and we highly encourage you to scoop them early – this isn’t a lineup you’re likely to see again.