I first saw Anya opening up for Aesop Rock two years ago, and I can still remember how her performance filled my bones and soul. She engaged the crowd in a genuine way, in one memorable moment she teased us over our shared bitterness due to failed love, and the bass in her beats drove us to dance. Now she’s sharing another stage with Aesop this Saturday at Sound on Sound. 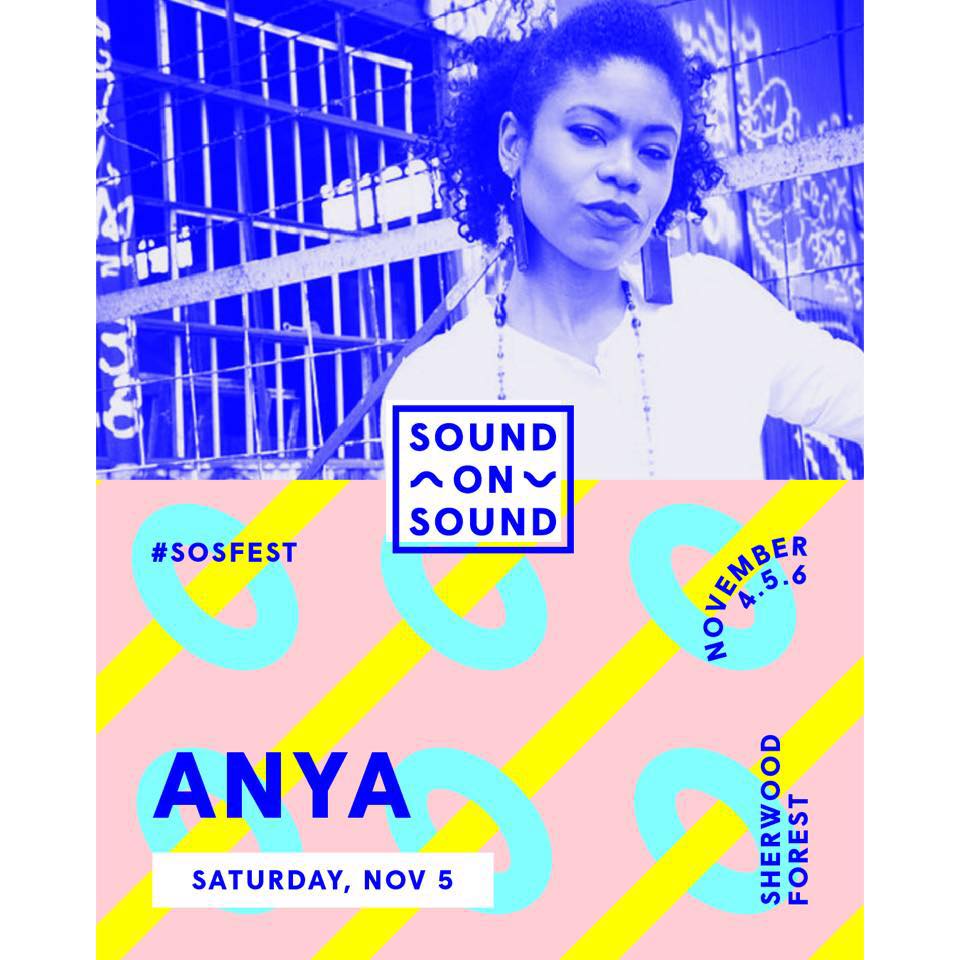 Now going by Anastasia, she is a fierce rapper with swagger, finesse and charm. Her father taught her to perform “I Have A Dream” with rhythm and cadence and she launched from this lesson into a life of performance and music. One of Austin’s top emcees, part of the Black Mics Matter movement, and organizer of CAKE – a nonprofit which mentors girls and women on musical performance – she keeps her plate overflowing.

Her bragging rights come from opening up for a veritable pantheon of hip hop legends: GZA, Raekwon, Scarface and Aesop Rock. Now she’s set to share the stage with Killer Mike, El-P, Young Thug, and many more.

Anya’s music is dope. She is truly an Austin grown original and cultivates her beats like a curator.  Her latest album deviates from the more classically inspired music she has been making for years. Called ‘Kale and Yoga’ (like I said, she’s an Austin grown original) the title track is a modern spin on the quest for money and power – taking the more spiritual approach through kale and yoga. She has rechristened herself Anastasia, which may make her easier to find her online – I looked for quite a while after I saw her the first time without luck.

‘Call It Love’ features a modern p-funk beat and flow that’s reminiscent of J Cole but more feminine. The song is about slow seduction and modern love, the rhyme scheme is multi-syllabic and intricate, often times surprising to a hip hop head. Just like a chord progression creates a pattern of expectation in a listener’s head and breaks it, so do the flows she weaves. Lines like the one below, delivered by a lesser emcee, could not feel as right.

“Now you can save me, from myself… instead you light me up a cigarette, pour a drink, roll a blunt, and call it love.”

‘Rain’ features her frequency collaborator Bluu Suede over a wet, soulful beat – dope rhymes and attitude make this a jam that spreads a smile across your face.

Bonus: This video for ‘Lift Off’ is an interesting spin on the SXSW experience felt by local musicians. I’d buy her demo in a heartbeat. Anya is playing at Forest Stage at 1:30 Saturday. She’ll be the first set of the day, so don’t miss it.