It is no joke when we say the Lettuce crew is on straight fire right now…and have been for about twenty years. These legends have brought a diversity and vigor to the classic funk sound that equally matches their soulful and effortless groove, infused with a mastery of hip-hop inspired beats and feel-good, get down jams. Since their fourth studio album was released, Crush has taken the crew to funky realms we only dream about. We can stop dreaming today though, because Lettuce just dropped the dopest intergalactic music video since ‘Space Odyssey’. The video, dropped exclusively on Billboard today, features an epic space battle through love, funk and Lettuce love heads. Songs featured in the clip include “The Force,” “Trillogy,” “The New Reel,” “Silverdome,” “Elephant Walk” and “The Sun,” the latter two being pre-order bonus tracks not formerly included on Crush.  Drummer Adam Deitch, guitarists Adam “Shmeeans” Smirnoff and Eric Krasno, bassist Erick “Jesus” Coomes, keyboardist Neal Evans, saxophonist Ryan Zoidis and trumpet player Eric “Benny” Bloom completely crush it in this seven minute video directed by Jay Brown, totally bringing the interstellar Lettuce Head hero to life in this cartoon inspired saga.

This video is just the icing on the carrot cake, because these guys have recently announced their “Sounds Like A Party” tour, which hits pretty much every corner of the U.S. from now until January 20th. Lettuce ain’t stopping there though, because they are bringing with them some incredible supporting artists for different legs of the tour. Jaw Gems (check out our interview with fresh AF beat makers), Empire Strikes Back, Michal Menert, The Geek x VRV, Eliot Lipp, TAUK (for two nights over NYE), Charles Bradley & His Extraordinaires, Red Baraat and The Floozies are all a part of the funkiest party of the season, so you are guaranteed a funkin’ good time no matter what dates you catch!
Get your tickets now to the funkiest party of the season and guarantee your ride on the funk train. 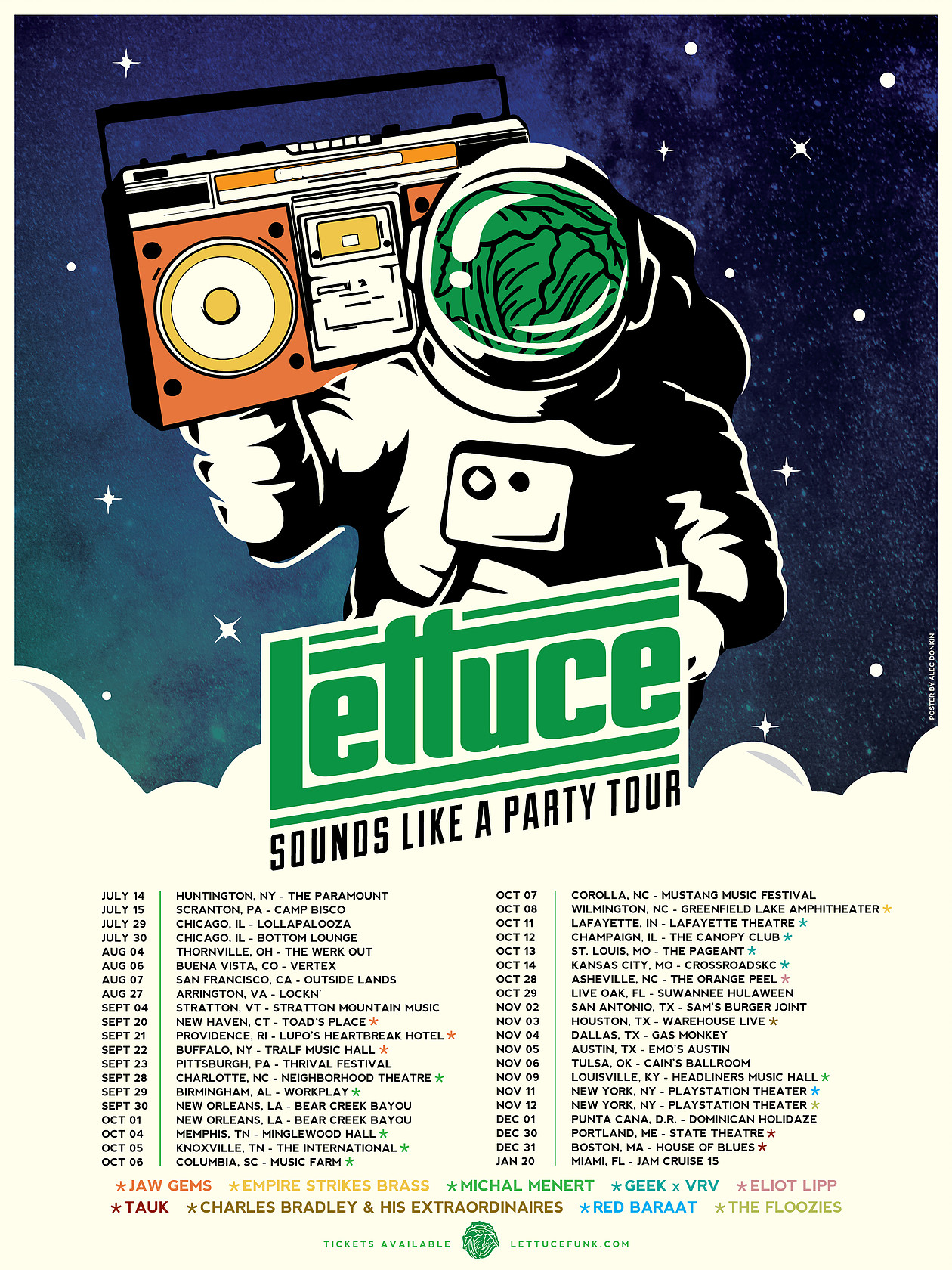