The weather that rolled over Chicago couldn’t have been nicer as Mamby On The Beach celebrated its second year on Chicago’s south side Oakwood Beach. A high hot sun shifted in and out of clouds as patrons armed with sunglasses and bright smiles made their way to the lakeside location on July 2-3rd for a weekend filled with carefully curated music, wellness workshops, delectable food vendors and all out beach fun.

Oakwood Beach is one of Chicago’s newest beaches and although getting to this locale was not the easiest, Mamby did its best to accommodate by offering options such as free bike parking and free shuttles to major transit stations. While it might have been a bit farther south than its festival counterparts, once you enter the grounds its clear why organizers chose to throw the festival here. A clean, wide open beach that offered a magnificent and unique view of the entire skyline that draped in front of the main stage all weekend making for an additional visual treat.

The Beach stage located a couple dozen feet from the waterfront brought feel good music throughout the weekend. On Saturday, Thomas Jack spun his patented tropical house bounce for a mid-day dance party in the sand followed by a soulful performance from indie duo Wild Belle. By sunset, Atmosphere started to draw a crowd with his undeniable flow before letting German electro-folk duo, Milky Chance close the main stage with a dreamy performance.

It was a soulful Sunday on the Beach Stage that started with the sexy electro stylings of FKJ followed by the outstanding R&B voice of Gallant who had the whole beach swooning by midday. A major highlight was the sunset funk party thrown by the funk lords Chromeo. Chet Faker’s brand of sultry electronic soul ended the main stage’s weekend behind celebratory fireworks. 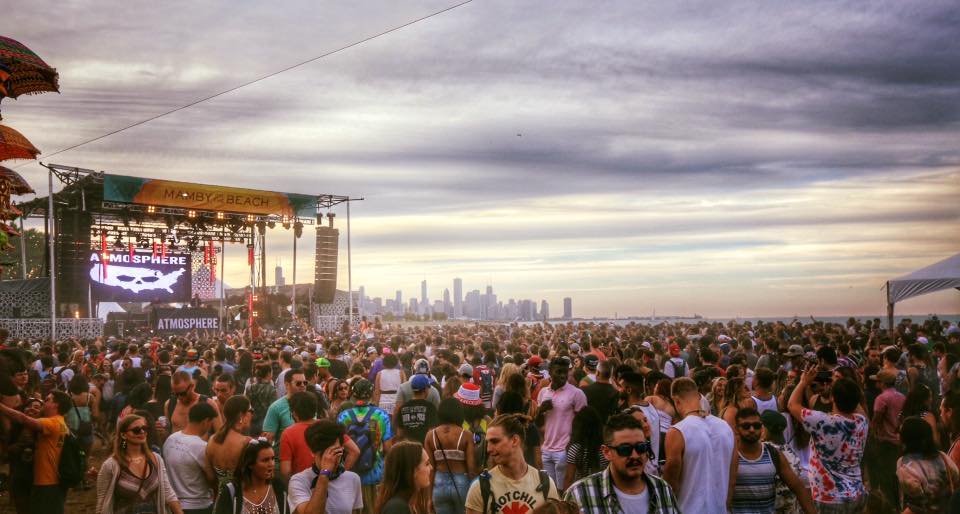 Behind the main stage, past the volleyball courts and tiki bars, a consistent thump could be heard in the Mixmag DJ Tent. The tent saw a steady crowd throughout the weekend but who could blame them. As the summer heat beat down, the tent was a great place to escape the sun while grooving to some of the best local and international house and techno producers.

Chicago house made its presence known early in the weekend as underground legend Gene Farris kicked things off in the tent before international names like the U.K. bombshell Hannah Wants and French Dirtybird bass master Shiba San really got the crowd moving. Berlin house duo, Tale of Us closed out night one in style.

Local names dominated Sunday’s Mixmag lineup as fresh club frequent, Inphinity, and disco spinner, Black Madonna, really got the tent warmed up for a packed and rowdy set from Chicago’s favorite House modern, Derrick Carter. After a hard hitting lesson from The Martinez Brothers, the highly anticipated performance from Germany’s underground spice, Loco Dice, did not disappoint. As the tent became more crowded for the finale, Loco Dice’s brand house and dance music called out in front of an impressive paneled visual and light production.

For those who were able to side step the dance tent and silent disco were treated to an eclectic array of music on the Park Stage. This grassy patch on the far end of the grounds was home to some incredible performances. Tycho and his band played out to a remarkable sunset on Saturday. By nightfall on the first day things started to get weird as Animal Collective‘s experimental, harmonic tunes rang out as a trippy kaleidoscope of a visuals morphed behind the band.

A female heavy Park Stage lineup came on Sunday with Fee Lion, Thao & The Get Down Stay Down, and Betty Who all delivering their own splash of brightness throughout the day. After a loud homecoming set from Lupe Fiasco, it was time for the always fun Santigold. Although she was a little late taking the stage, her performance was well worth the wait. An energetic blend of Hip-Hop, world music and dance had the whole field moving. 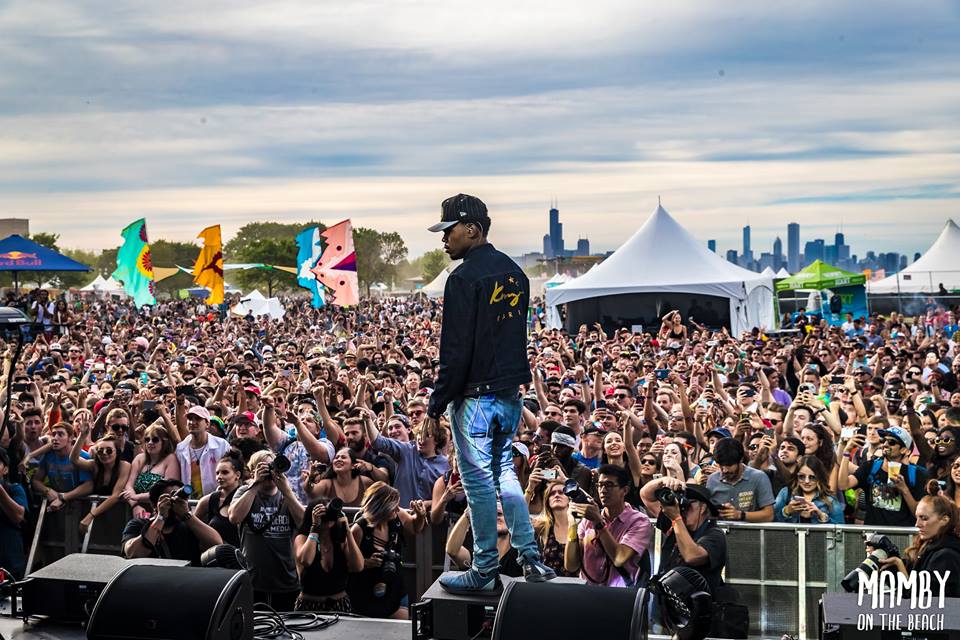 A surprise appearance from Chicago’s Chance the Rapper during Lido’s set had the crowd going wild.

As the crowd started to head toward the exits, a grand finale of fireworks greeted them as they passed. Couples embraced, friends hugged, and other festival goers gave one final look over the beach and grass with a grin that screamed satisfaction.

Mamby On The Beach gained serious momentum this year and would expect the event to be a success for years to come. The love surrounding this festival could not only be seen in the crowd but also on stage. Even though Mamby is still a fairly small festival, there were big surprises such as a cameo from Chance the Rapper during Lido’s set and Lupe Fiasco bringing out Matthew Santos for a live version of “Superstar.”

There seems to be a new Independence Day tradition growing in Chicago. We here at Compose Yourself Mag are eager to return and witness this premier summer festival blossom.