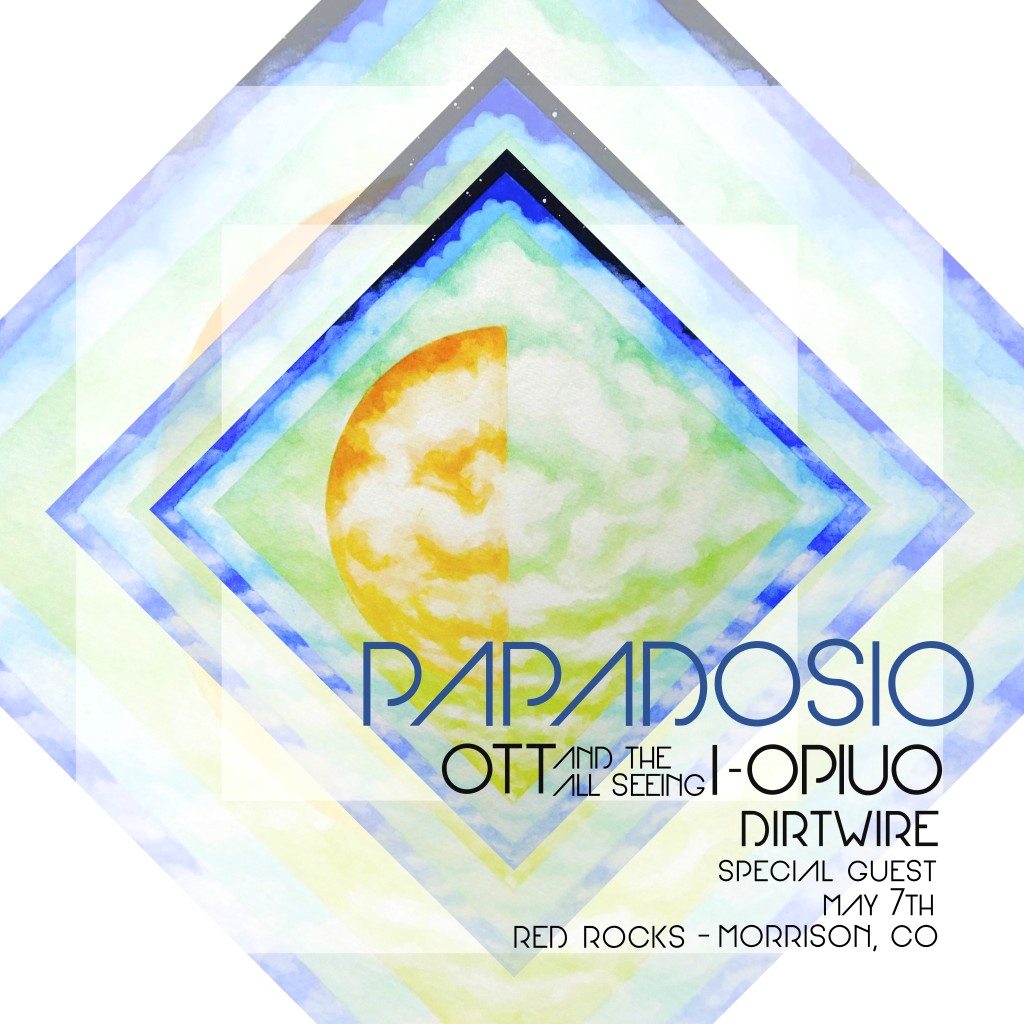 While the sky was overcast most of the day, the energy surrounding Red Rocks last Saturday was as bright as ever as Papadosio made their headlining debut at the world renowned venue. It was an emotional ride for the band as they continued to celebrate 10 years together with a career spanning performance on the Rocks.

Papadosio brought along a cast of varying musical artists that truly supplemented what would become an amazing night of music. As the sun continued to dance in and out of the clouds, Denver-based jam band, The Malah, played through a short but solid set to open the evening. As more patrons continued to walk up the steep hill toward the venue entrance, the clouds began to crowd again.

As stage hands quickly threw tarps over the gear, Dirtwire began digging into their set. The twangy swamp-tronic duo’s performance was unfortunately cut short as the rain began to pour just before a voice over the microphone stated inclement weather was formulating, and suggested attendees return to their car. While some heeded the warning and sought shelter, most stayed as the rain then turned to hail but quickly passed through. 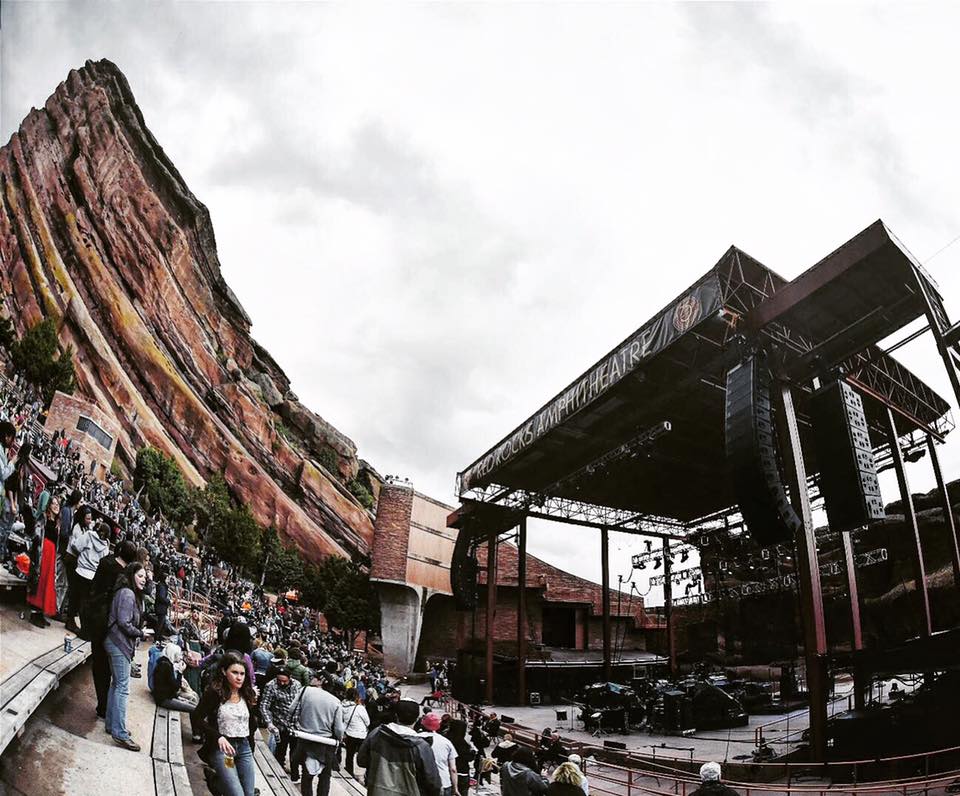 After a short weather delay, Australian glitch-hop up-and-comer Opiuo took the stage. Opiuo’s brand of juicy uptempo glitch brought the thickening crowd to their feet as they began to dance themselves dry. Armed with a pair of drumsticks, Opiuo’s precise and original beats certainly marked a turning point as the sun began to sink and the sky began to clear. Electronic producer and horn aficionado, Russ Liquid accompanied Opiuo on trumpet which made for a bright sounding and smooth collaboration.

Just as the sun was about to disappear completely, the three-panel visualizer behind the stage was turned on and the lights began to rise as Ott & The All Seeing Eye plugged in their gear. Usually touring alone, Ott brought along a drummer, guitarist and bassist for a psychedelic and live-tronic experience. Ott used a plethora of synths and modules to create sonic soundscapes as digital, geometric shapes filled the screen behind the band. 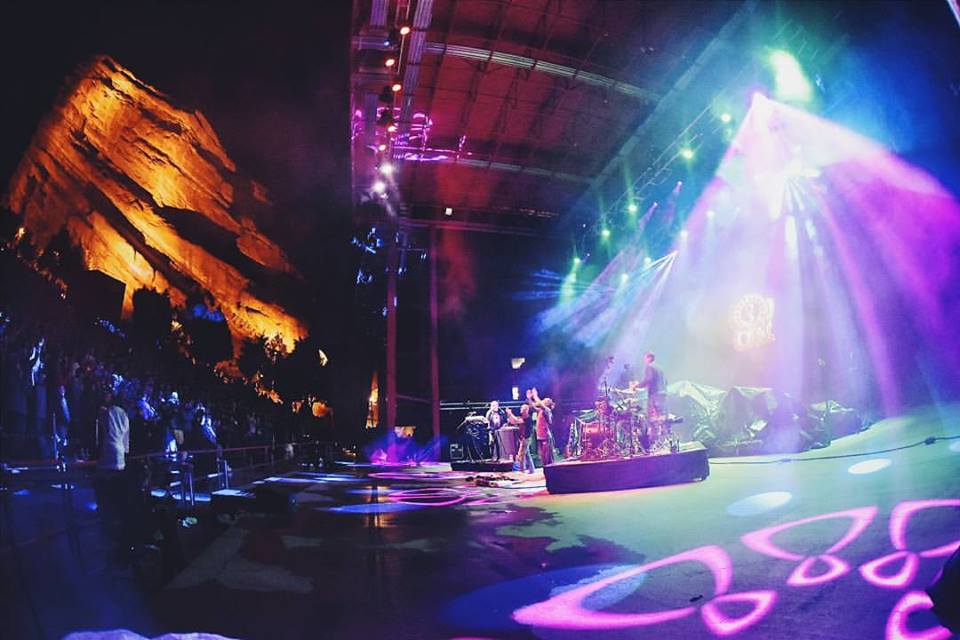 The rows at the Rocks really started to fill as Ott & The All Seeing Eye closed their set. The house lights came on accompanied by a slew of Disney classics over the sound system. The crowd sang along cheerfully as they anxiously awaited the headliner to take the stage. Finally, after about a dozen Disney singalongs the lights began to dim again as Papadosio took the stage.

Starting off cinematically with an epic piano buildup that eventually led the band into an explosion of sound that grabbed the audience’s attention before dropping out into a seemingly fitting jam “We Are Water”. The Ohio-based quintet showed off their knack of blending complex electronic undertones that cohesively play off engaging songwriting and musicianship. This might have been best demonstrated as the band sandwiched an entrancing chorus of a brand new song between the poppy guitar strummer “Ephiphany”.

After a more dance-able second half that included the electronica heavy “Method of Control”, the ever popular “All I Knew”, as well as the sonic sounding “Night Colors”, Papadosio ended their set. Lead singer/guitarist Anthony Thogmartin took a deep breath before taking to the mic. “Thank you to everyone here, this is more than we could have dreamed. This is not only a testament to this band but also to the community,” Thogmartin stated as the band left the stage. 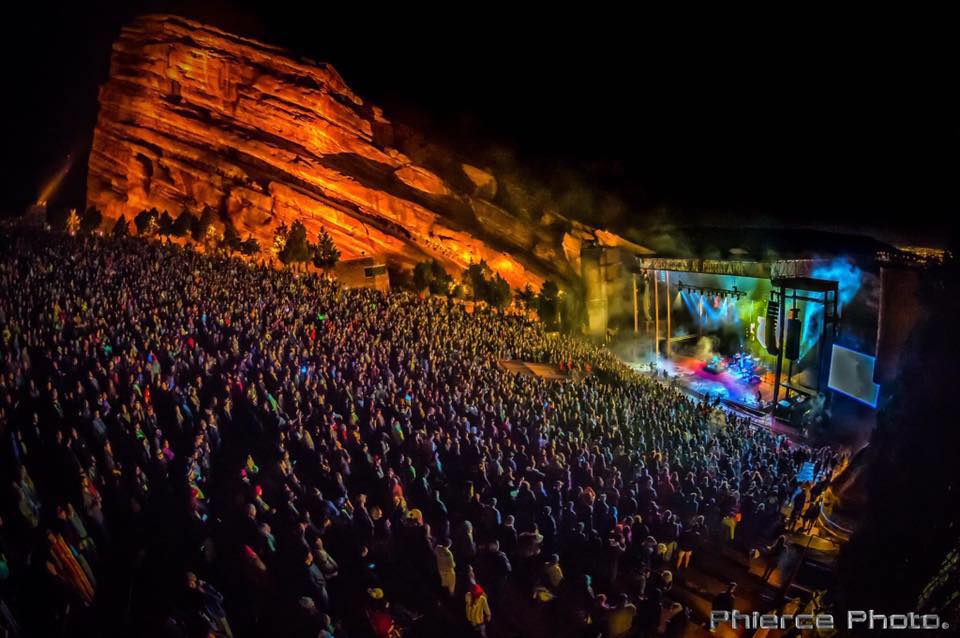 After a quick minute, the band returned to the stage for a dirty, wobbly version of “2AM” before finally leaving the crowd floating with “Find Your Cloud”. A rousing ovation could be heard as the band left the stage the final time. In what might not have been the band’s most intense performance, the crowd seemed pleased with their ability to utilize new songs as platforms while continuing to polish their already unique sound.
This was the band’s first time headlining Red Rocks but don’t expect it to be their last. The band is on fire right now and only continues to improve their musical capabilities and community connection. Papadosio is already scheduled to play numerous festivals this year including Bonnaroo, Electric Forest, and Camp Bisco as well as headlining slots at Purple Hatter’s Ball and Resonance. Look out as the band takes on another decade as socially conscious jam-tronic powerhouse.