By Friday evening afternoon the sun began to settle on the lush campgrounds as traffic continued to roll through the entrances. Festival patrons set up tents, canopies and hammocks that intertwined with patchy palm tree clusters laying across vast grassy fields. Sweat and smiles ran across the faces of many as the excitement surrounding the first full day of music and activities was evident. No one knew quite what to expect in the coming days but there was an undeniable feeling that it was going to be something new, something special.

A huge music lineup featuring names like Mumford & Sons, Kendrick Lamar, Bassnectar and Robert Plant collided with an immense tropical landscape and the arousing realization that festival season can start in March. Okeechobee Music and Arts Festival lived up to the hype as the inaugural event completely sold out 30,000 with ease. 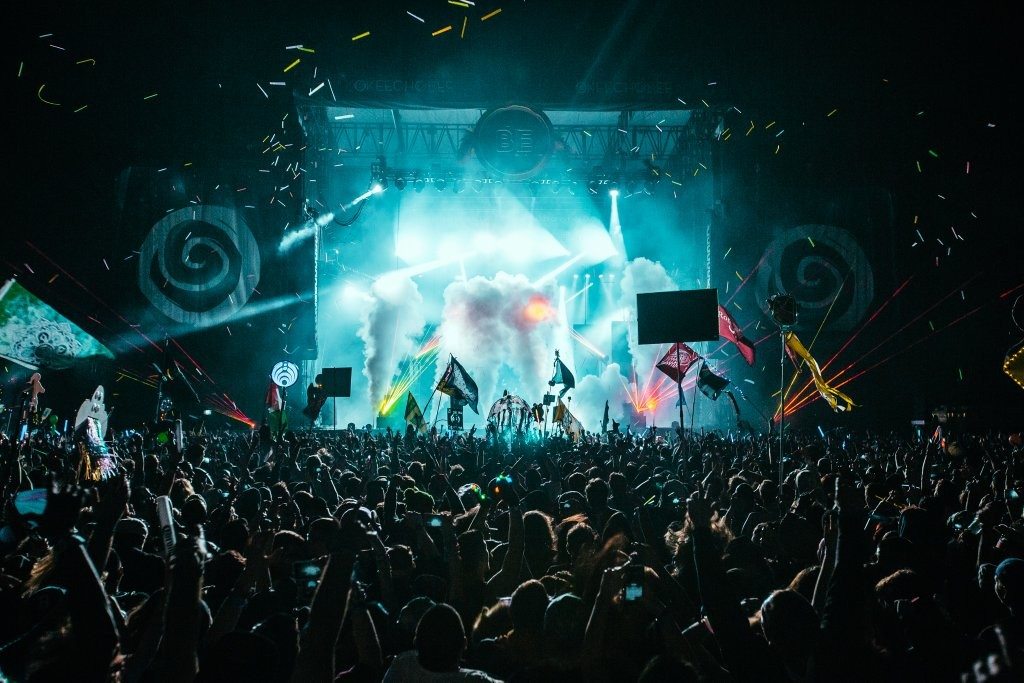 After making camp and meeting the neighbors it was time to see what more the festival grounds had to offer. Pedicab and rickshaws zoomed by hauling joyous attendees while others strolled down the paved path toward the stages. The road continued to wind through palm tree roundabouts before curving the final bend and opening up toward the main stage areas.

On the one side, behind an illuminated tree line, lays Sunshine Grove, the epicenter of the festival that holds three huge main stages. The BE. HERE. and NOW. Stages were strategically placed a stone’s throw away from each other that resulted in surprisingly minimal sound bleed and made catching all the headlining acts a breeze. The Grove kept gates open from early afternoon to late evening and had a plethora of trees for optimal hammock lounging during those long sunny days. Tequila bars and food vendors were scattered throughout making it easy to rage into the night.

After the main stages shut down the fun was far from over. Cross back through the tree line to find a throbbing late night pulse that doesn’t stop until sunrise. While during the day in the Moonlight Oasis you can find healing exercises and enlightenment workshops, in the Yogachobee and Chobeewobee Village respectively, at night these areas completely transform into a busy area bubbling with art, fire spinning and all night dance parties. 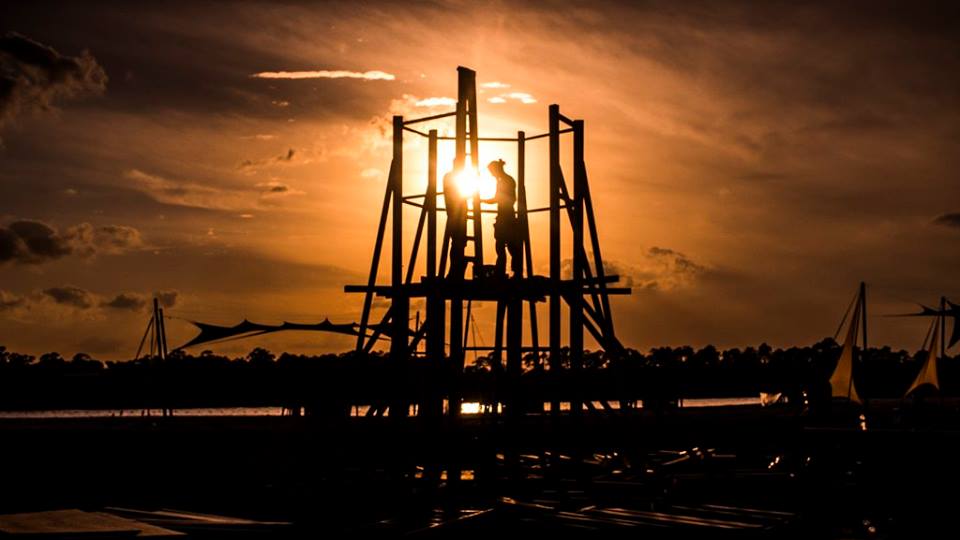 Moving past the glitch and dubstep crannies, walking around the fire spouting snowman ride and beside the LED Ferris wheel, a faint thump could be heard coming from the forest ahead. On the back end of the Moonlight Oasis is Okeechobee’s rave jungle otherwise known as Jungle 51. Walking through the canopy threshold the thumping becomes louder as a blanket of lasers soar overhead. The sound system continues to pulse as those who aren’t kicking up dirt on the dancefloor are bouncing on various couches and tree limbs aligning the perimeter of the stage. Jungle 51 featured an array of international House and Techno artists that kept the festival bouncing from sunset to sunrise.

Whether you’ve been up all night feeding your inner insomniac, or you’re just looking for somewhere to get some rest and relaxation before the night’s next headliner, Aquachobee provided a perfect oasis for both ends to merge. Aquachobee is a side stage that sat along the man-made beach in the middle of the festival grounds. A perfect way to soak in that hot Florida sun while floating along listening to a carefully chosen selection of rock, soul, and electronic artists. A mid-day sanctuary to escape the heat with a refreshing swim or icy tequila cocktail. Aquachobee is another way Okeechobee has delivered on its mission to become Florida’s premier music festival. 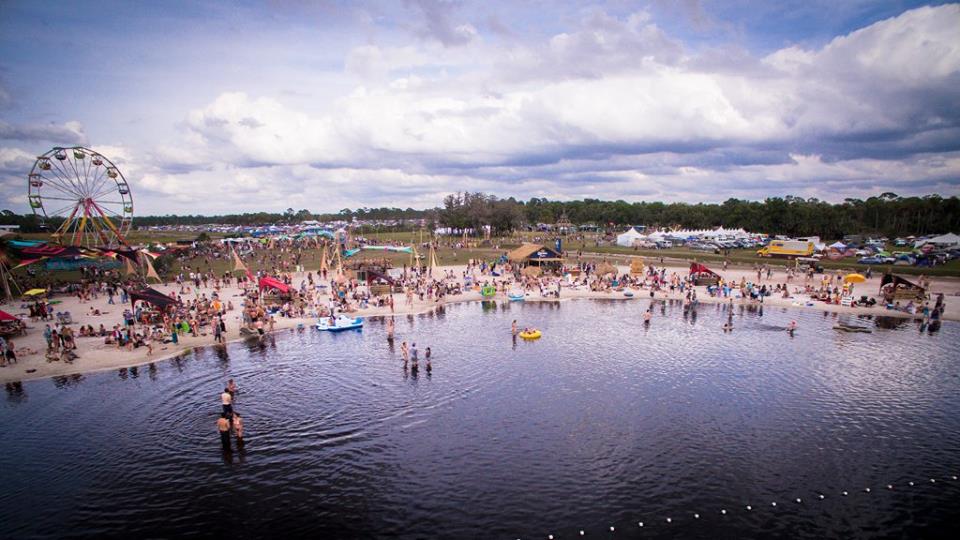 In its inaugural year, Okeechobee Music and Arts Festival has set the bar for fun and excitement for future festivals. Named after in which the festival is held, located 2 1/2 hours southeast of Tampa, Okeechobee was an incredibly organized and almost otherworldly experience that left attendees hungry to return. Okeechobee Music and Arts Festival’s versatile music compilation and tropical savannah helped create unique and collaborative portal where positive energy and music erupted. We here at Compose Yourself Magazine can’t wait to see how OMF grows as it has already made plans to return next year.